Much has been said, written and heard about the gross levels of pollution in Delhi. Amid the withering criticism of the capital's poor air quality etc, Kolkata has managed to escape as much of the negative attention.

A recent report by the World Health Organisation (WHO) stated that Kolkata is the second-most polluted metropolis in India, next only to Delhi. The study revealed another alarming trend — Kolkata’s air quality is declining faster than Delhi’s.

Kolkata's laidback attitude makes the health hazards the city faces due to pollution, worse. Neither the administration nor the state's environment or pollution control boards seems to be addressing the city's many problem areas.

One of the major factors behind Kolkata's rapidly declining air quality is the lack of pollution checks on old vehicles. Years-old buses (both state-run and privately owned) have been flouting rules and getting away with no pollution checks. Cars visibly emit black exhaust.

Several illegal tanneries release harmful gases into the air. A few areas near Basanti Highway, Khidirpore, Tangra have a number of factories that make the air in the adjacent localities unbreathable.

Plastic use is also a big concern for environmentalists. They apprehend that the consumer demand for plastic bags and products results in a great amount of plastic waste being dumped into the city's water bodies. The static water bodies across east Kolkata's township have been rampantly abused, with a great amount of industrial and plastic waste and sewage adding to their pollution.

In the name of beautification, the state government has done away with thousands of trees. Although activists have staged agitations in the city, 'development' has put ecological concerns on the backburner and the felling of trees continues.

Through this photo essay, I hope to highlight a few of Kolkata's pollution woes that have previously received very little attention.

A close look at Maniktala Canal, which is among the areas in Kolkata that has suffered due to severe water pollution. 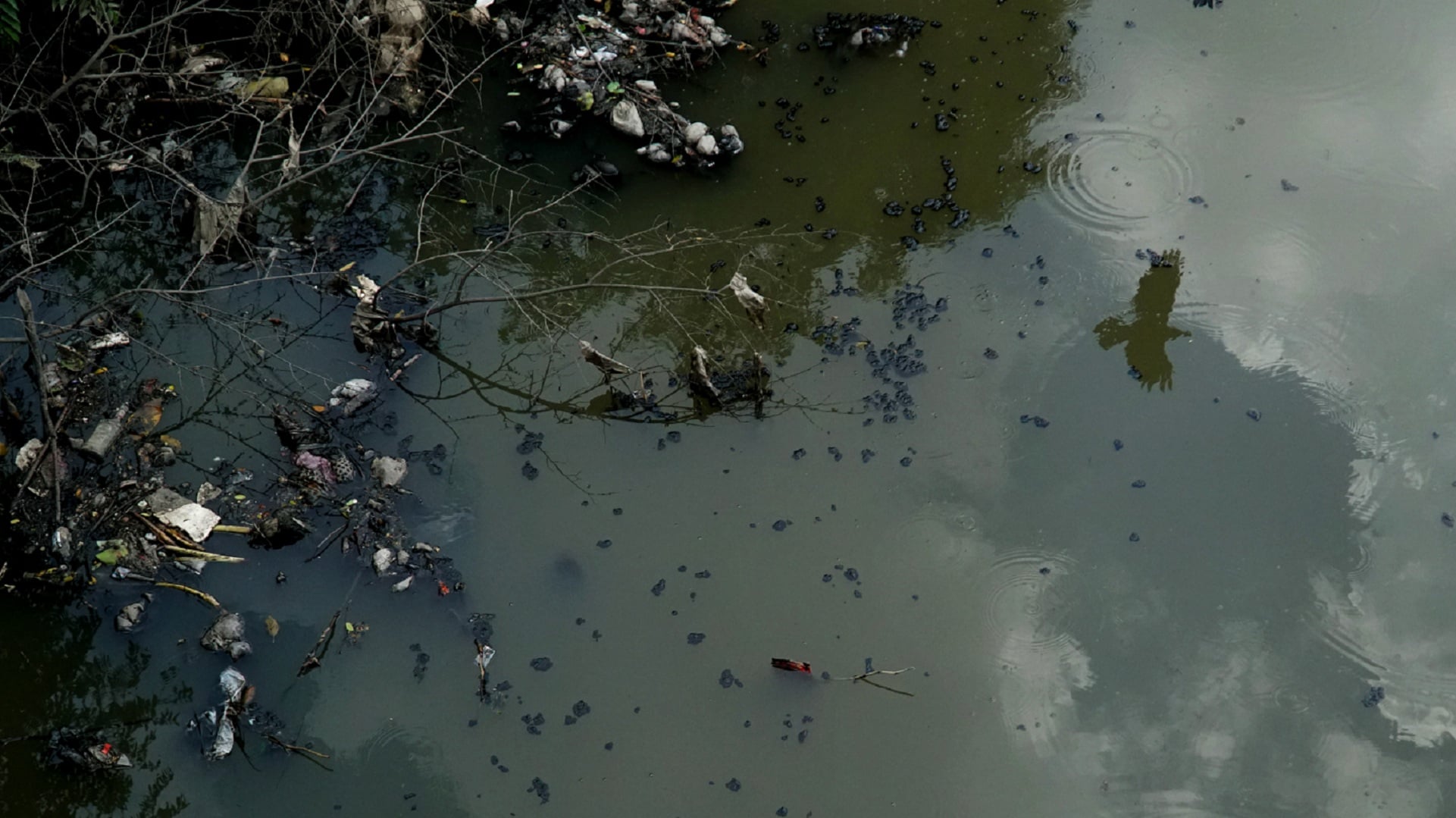 A heap of burning plastic waste casts a dark cloud of smog into the sky. The smog sometimes extends up to several kilometres. Kolkata's population is growing by the day, as are the numbers of vehicles, increasing the air pollution manifold. 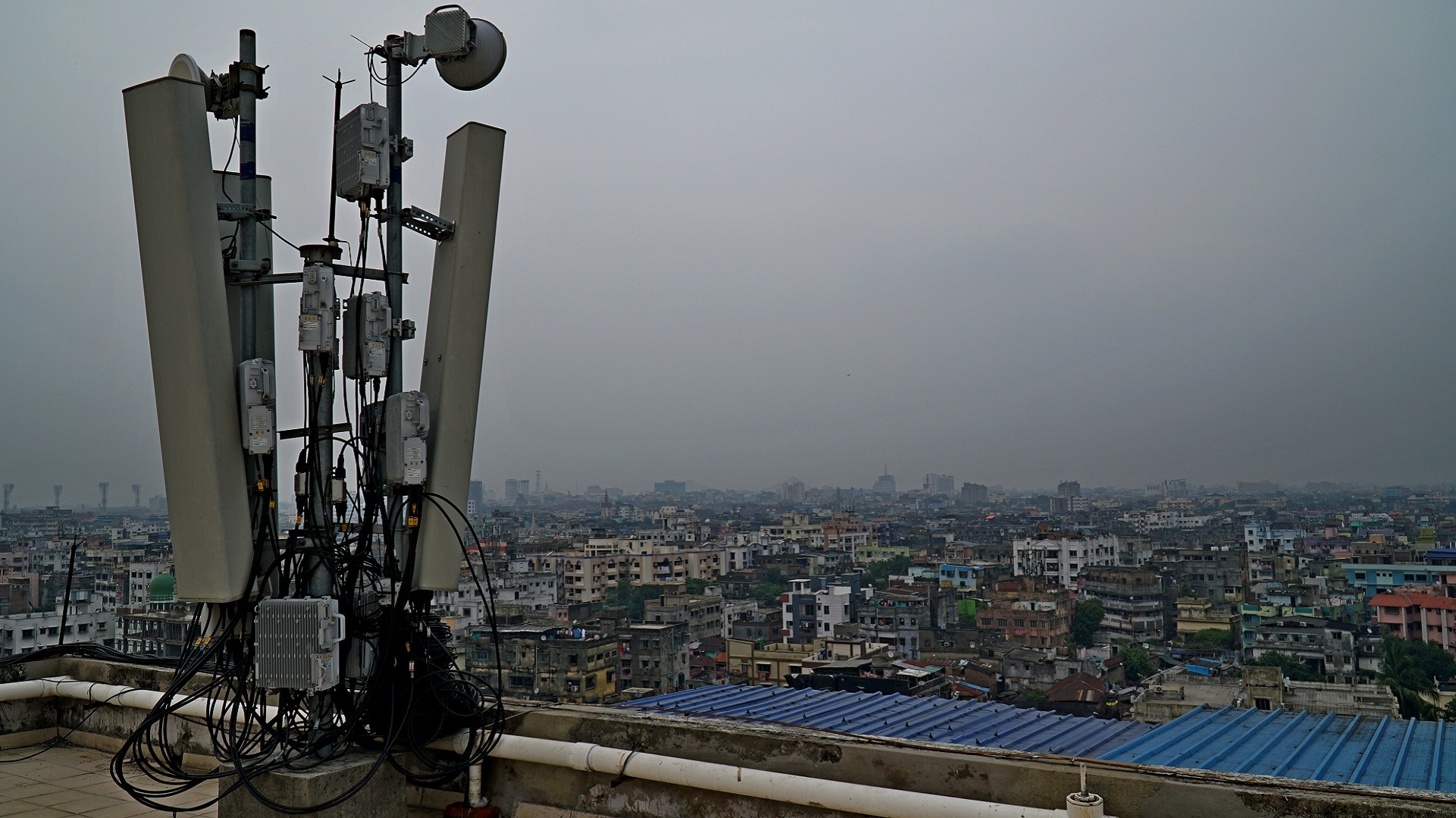 Old cars seized by the Kolkata police lie at the dumping yard. People residing near the canal areas have to live with the considerable water and air pollution. 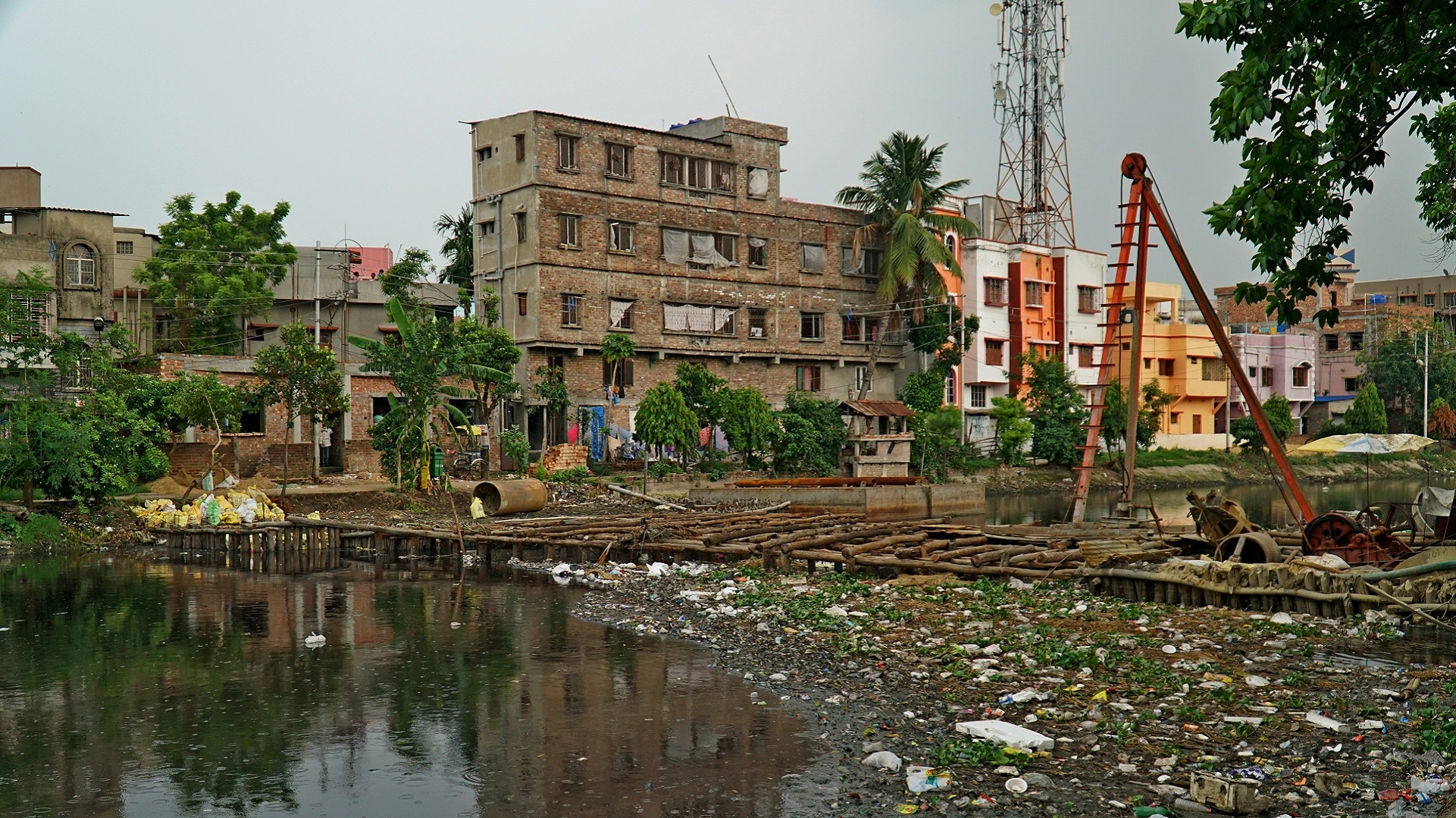 Plastic waste piled up near the Basanti Highway. 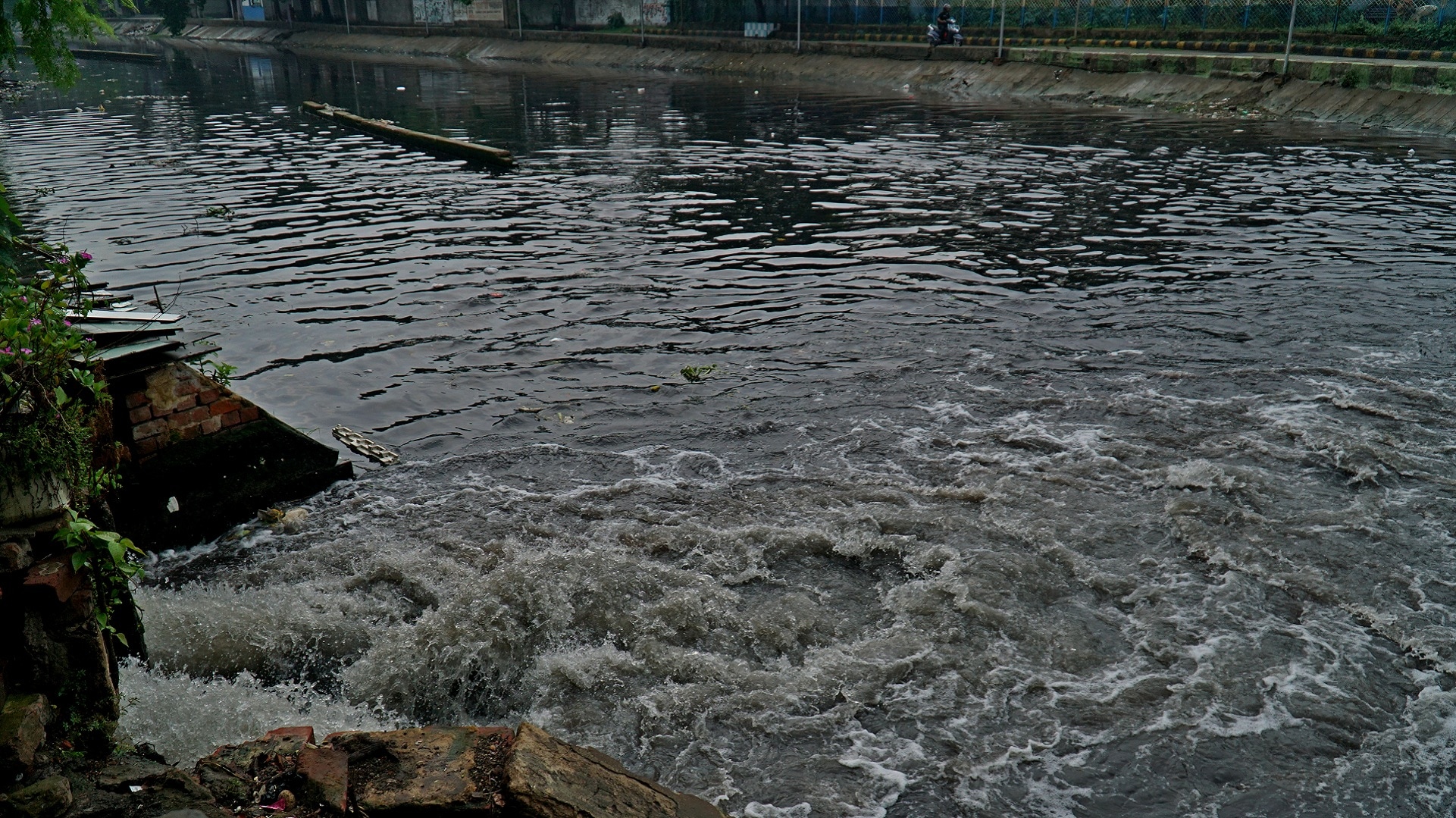 Several thousands of trees were cut to beautify Kolkata's roads. Before chopping down the trees, the government was allegedly using a particular chemical to kill them first. Sound pollution is rampant near hospitals. 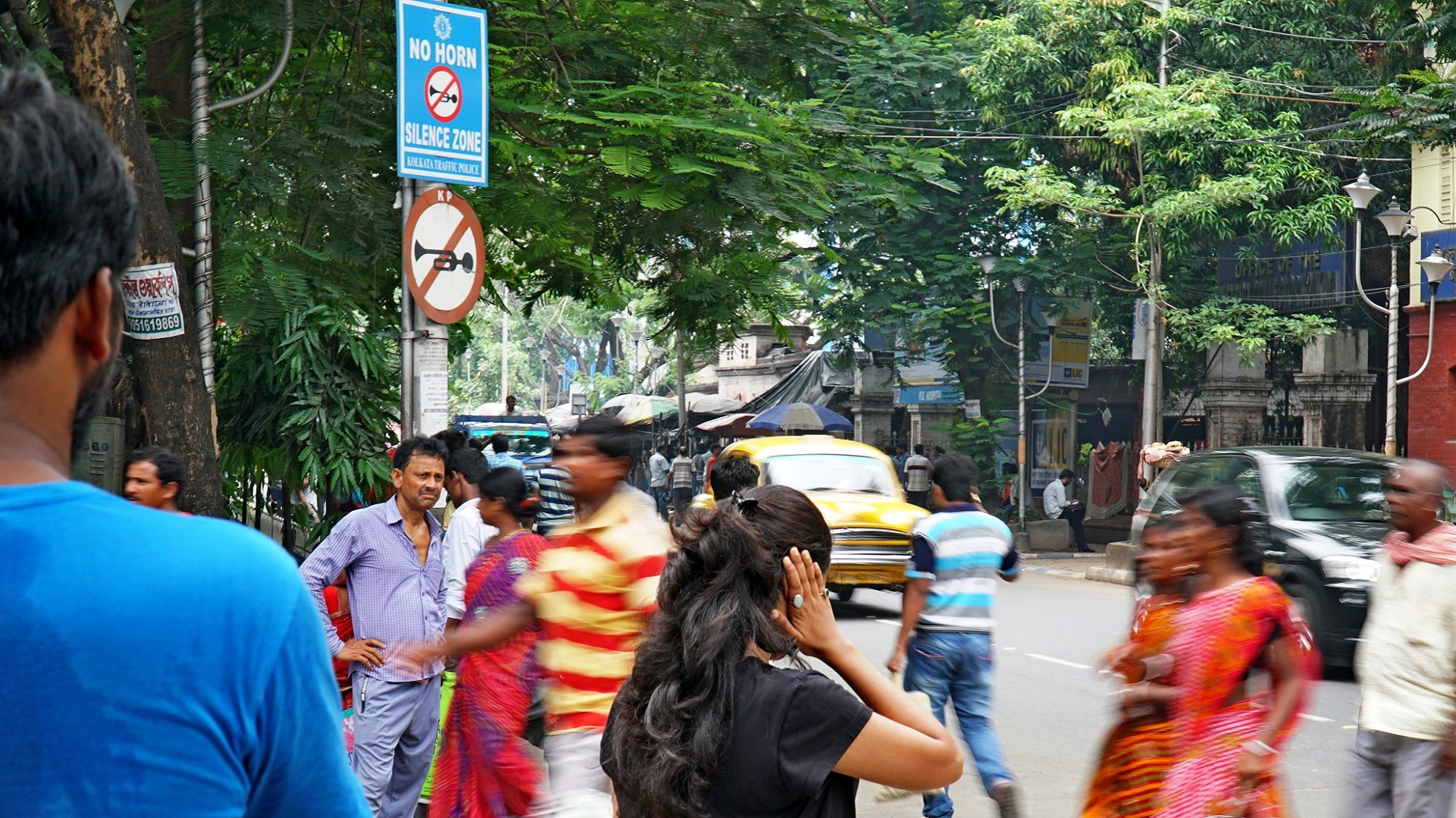 Old trees are fell by the streetside to make space for new commercial establishments. Thousands of vehicles run on the road without maintaining the minimum pollution checks. Three kids carry water from a nearby tap, while a stray dog looks on. In the background, you see signs of the tree felling that is rampant across the industrial areas of Kolkata. Plastic is still widely used, even after Kolkata got the tag of being the 'second most polluted' city in India. 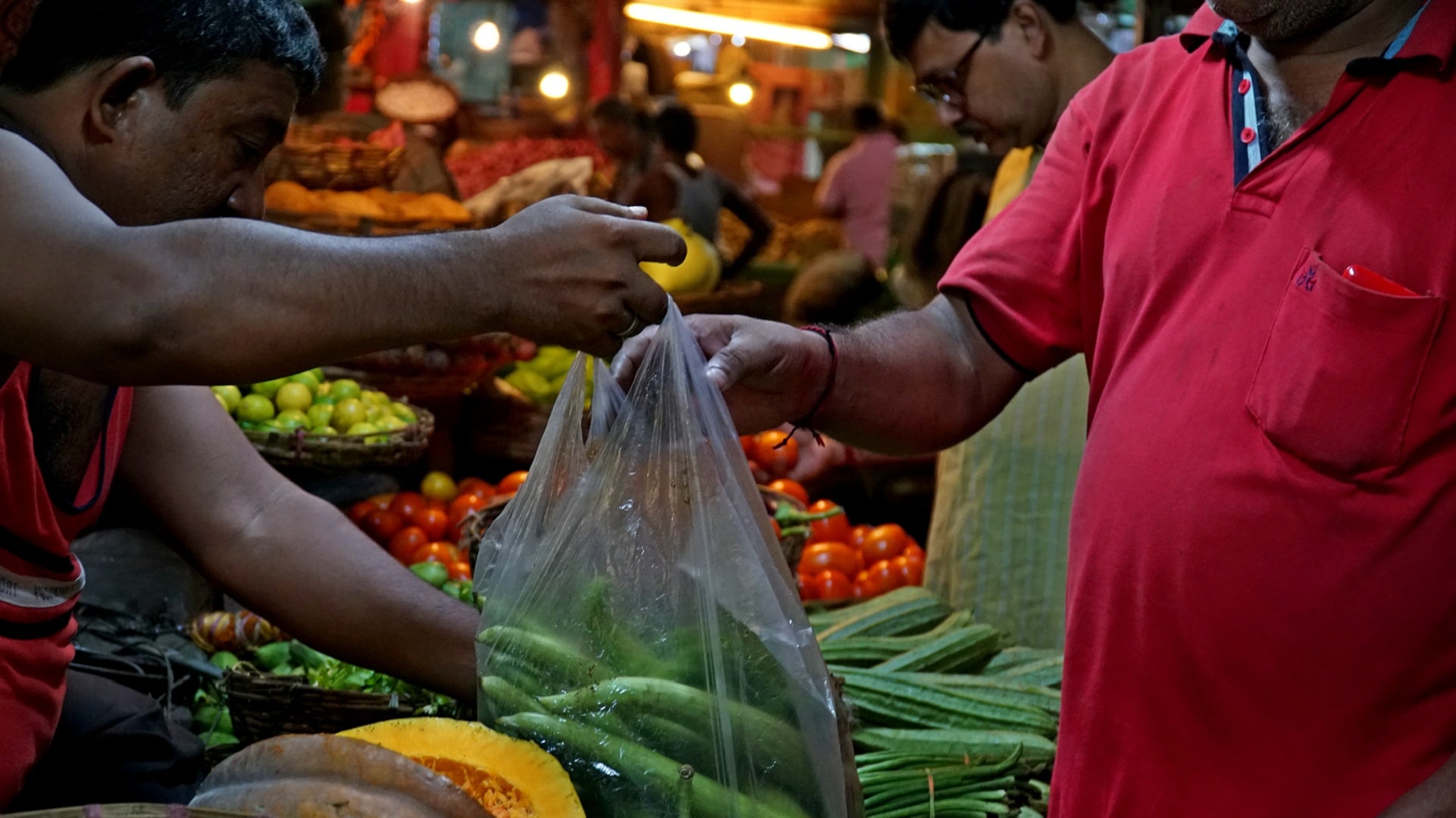 The water bodies of east Kolkata are often used to bathe cattle. Washermen from the nearby area wash dirty clothes in these water bodies as well. 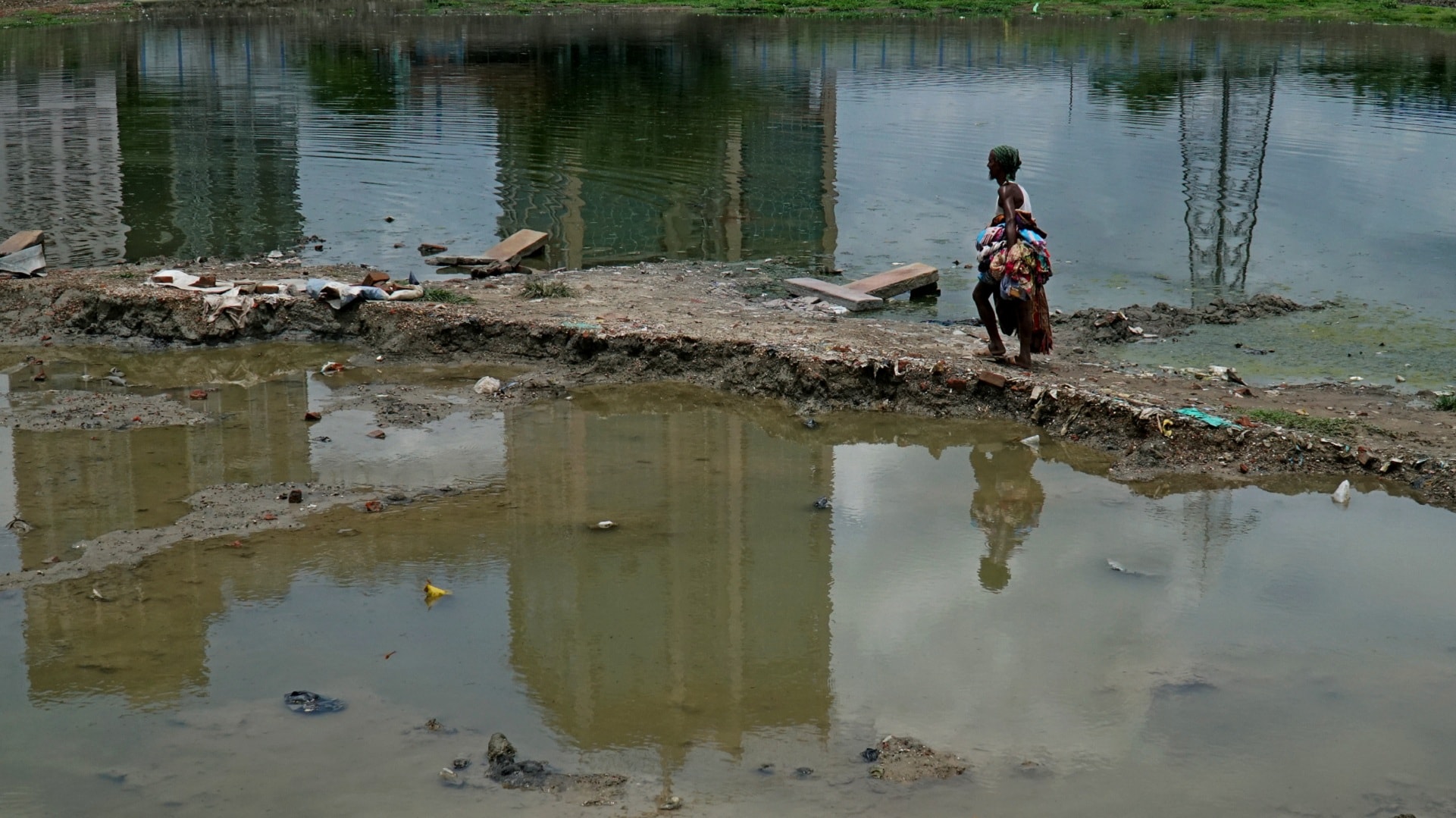 — All photos by Satwik Paul