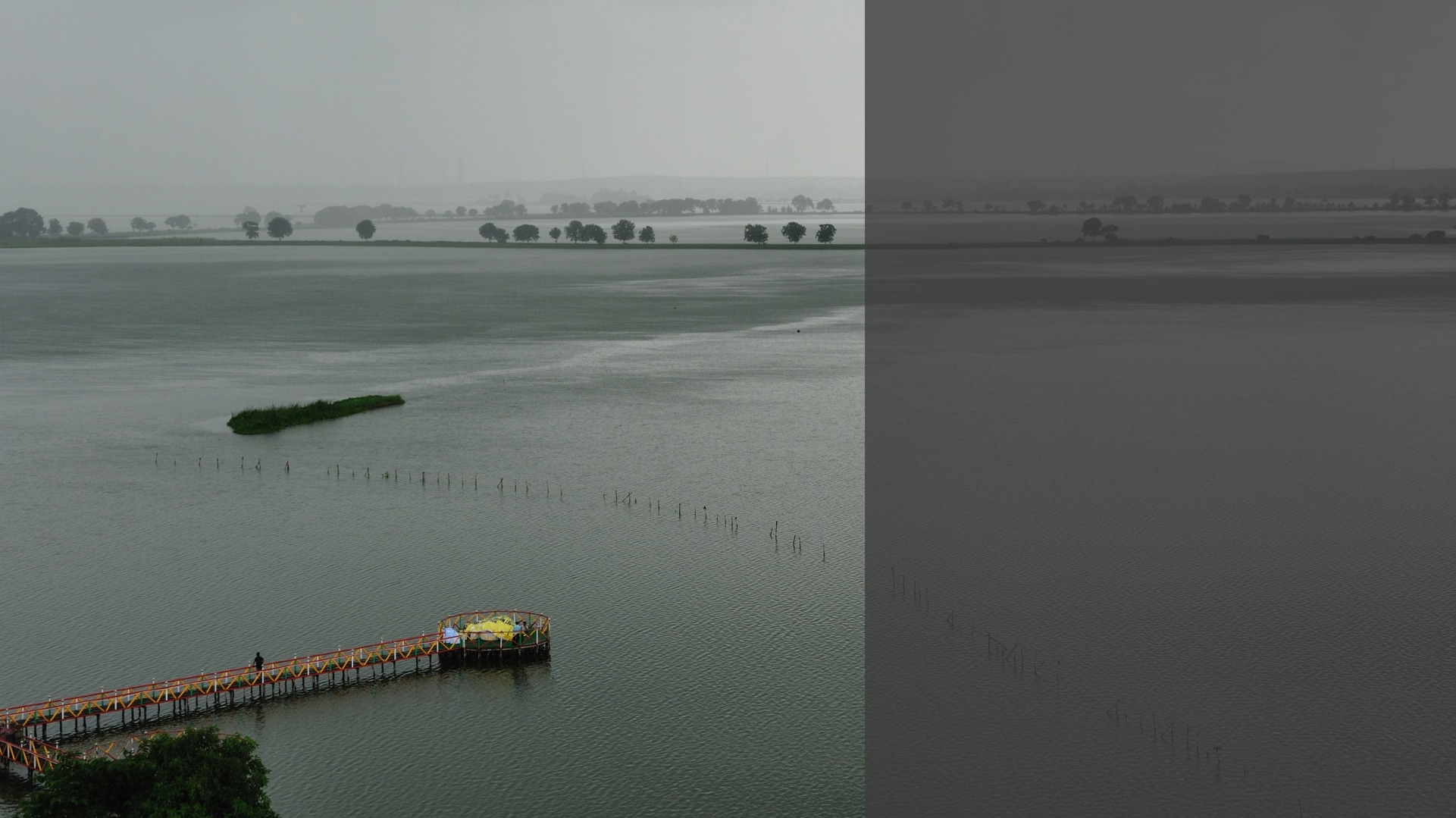 The wetlands on the eastern fringe of Kolkata may soon be history if more and more buildings keep coming up there, a 2017 study has reiterated. This will destroy the world’s only ecosystem that provides natural sewage treatment and waste disposal to a metropolis.

When the east Kolkata wetlands were declared a Ramsar site of international importance in 2002, as much as 88 percent of the land in Bhagabanpur mouza (a rural administrative area) was partly or completely under water for most of the year, supporting a thriving fishing community. By 2016, when a detailed land survey was conducted, only 14 percent remained. This rapid shrinkage is different only in degree in the other 21 villages that comprise the east Kolkata wetlands, spread over 125-square kilometres.

The authors of the study – called Not a Single Sign Post: The Shifting Priority in Land Use within the Protected Wetlands to the East of Kolkata – carried out a comprehensive survey of land in Bhagabanpur and compared it with data collected in 2002, when the wetlands were declared a Ramsar site, and in 2006, when a law to protect it came into force and a management authority was set up. The findings are alarming. The conversion of lowlands and ponds has been accompanied by an exponential rise in population in Bhagabanpur, from 3,126 according to the 2001 census to 11,777 in the 2011 census. Interviews conducted among residents during the study showed that most are recent migrants who provide cheap labour to the city, unlike the traditional fishing and farming communities.

The rapid conversion of land use has hobbled the fisheries and vegetable farms in the area and led to a crash in the local economy, resulting in distress among people who have been living here for long. “The fisheries flourished when I was younger. I brought up a large family based only on fishing. It’s no longer possible today,” says 62-year-old Robin Mandal, a resident of Kharki village, just across the road from Bhagabanpur. “The bheries are vanishing.”

Bheries, a unique feature of the Kolkata wetlands, are shallow fishponds fed by naturally treated wastewater rich in algae, which allows for low-cost fish cultivation. These wetlands have the world’s largest network of wastewater channels powered by gravity that use domestic sewage from Kolkata as a nutrient source to grow fish, vegetables and rice. Besides supplying as much as 25 percent of the city’s fish and vegetables, this part-human, part-natural ecosystem treats the sewage in a scientific and eco-friendly manner.

“It is tragic that such a system that so perfectly dovetails with the survival and sustenance of the city of Kolkata is abused rather than preserved,” Dhruba Dasgupta, co-author of the study, told The Third Pole. “It seems that the wetlands are seen as just any other real estate in waiting.” The study was conducted by the Society for Creative Opportunities and Participatory Ecosystems (SCOPE), a non-profit that works with rural communities in the area. 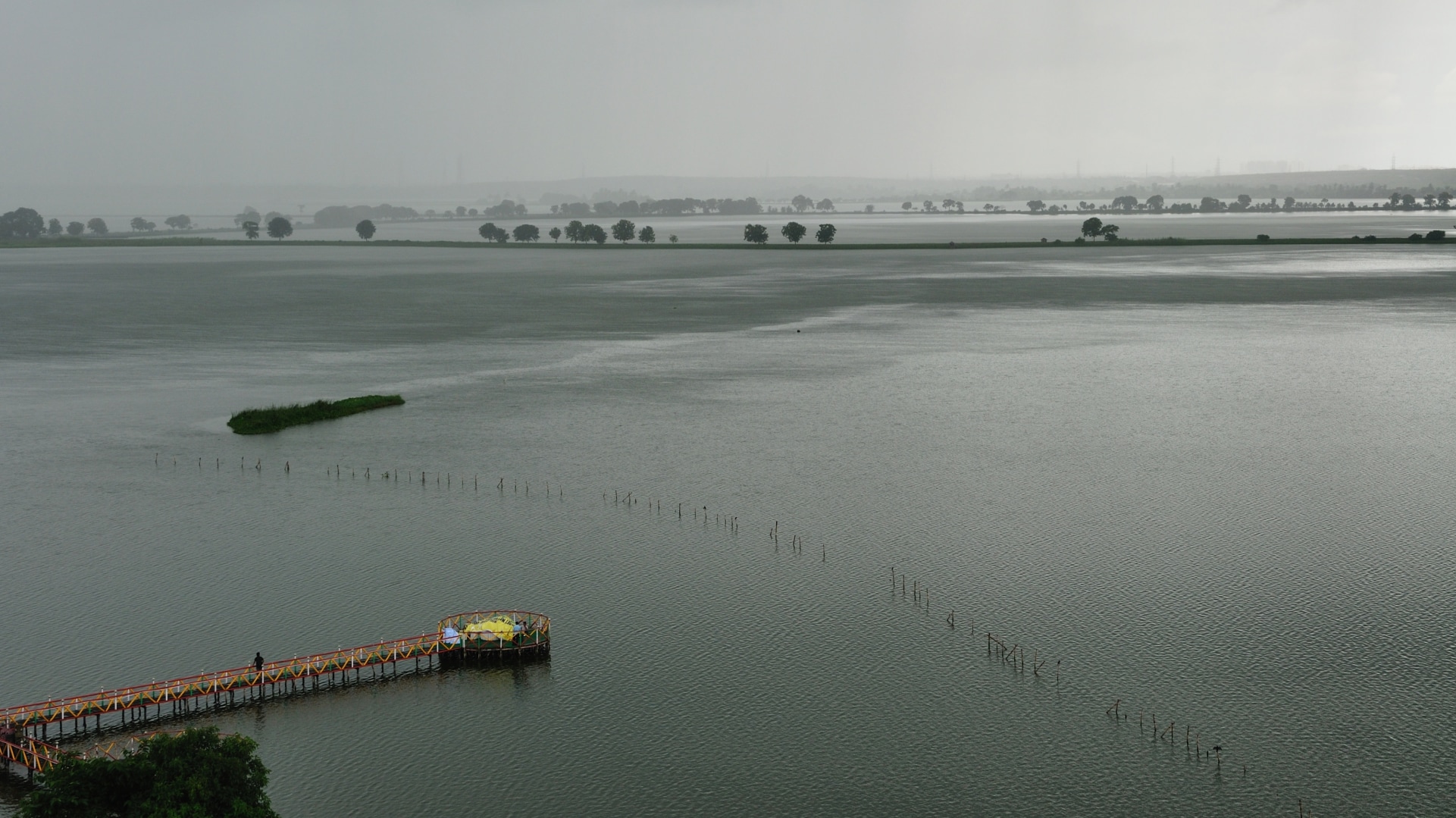 Although the East Kolkata Wetlands Management Authority (EKWMA), set up in 2006, forbids any change in land use, it does not have the teeth to enforce compliance. The conversion is hastened because land records maintained by multiple government agencies are often at odds with one another, making it easier for land sharks to find loopholes.

“The Bhagabanpur study is an eye-opener to everybody about how much support the real estate lobby draws silently out of the powers that be,” Dhrubajyoti Ghosh, a UN Global 500 laureate and crusader for the Kolkata wetlands, told The Third Pole. “And this is in spite of the wetlands being a protected area as directed by a High Court order, a state legislation and a national commitment to an international agreement (Ramsar Convention).”

The wetlands stretch over 12,500 hectares and are spread over 32 revenue villages in the districts of North and South 24 Parganas in West Bengal, which includes two municipal bodies and seven panchayats (rural governance bodies). The study says that the population dependent on these wetlands numbers roughly 118,000, according to conservative estimates.

The 2017 SCOPE study points out that these wetlands save municipal authorities huge costs in terms of a sewage treatment plant that would have been otherwise necessary for an ever-increasing population that currently stands at 4.6 million in the core city of Kolkata and more than 12 million in the extended metropolitan area. “This wetland ecosystem is maintained and operated by the traditional knowledge of a community of fishermen who sustain their livelihood through them,” the study says. “The wetlands thus contribute to a stable urban fringe and the people of Kolkata are the most important beneficiaries of this phenomenon.” 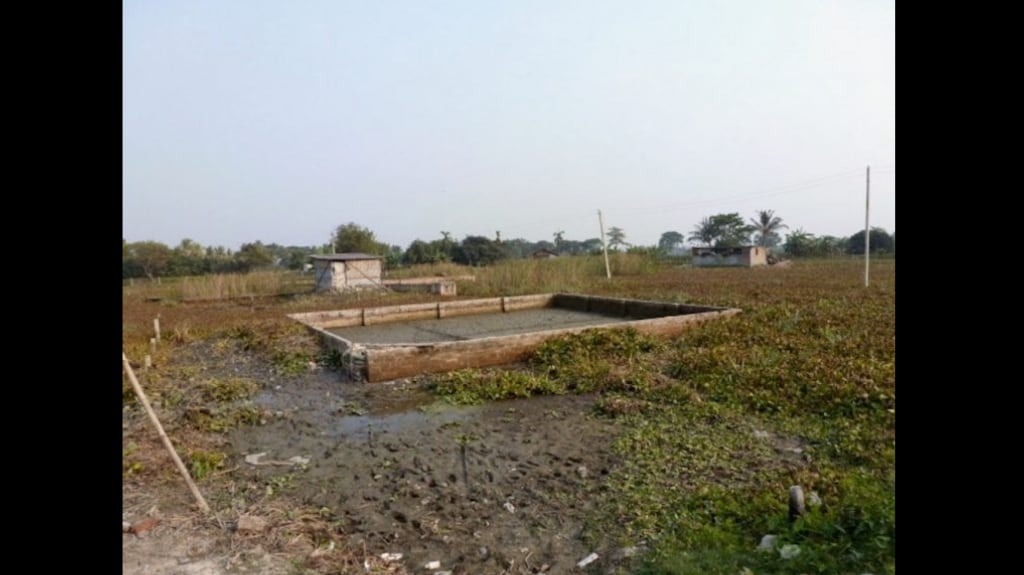 There is very little awareness of the usefulness of the wetlands and the hunger for land often outvotes the sensible approach of preserving it. “For an expanding metropolis like Kolkata, land is always at a premium,” an official of the Kolkata Municipal Corporation said on condition of anonymity. “Saving the wetlands requires strong political will, which seems to be missing.” Emailed queries to EKWMA remained unanswered.

Ghosh, who calls this symbiosis of Kolkata and its eastern wetlands an “ecological subsidy,” is of the opinion that society at large has to look beyond economic rationale alone to intelligently manage this unique resource.

“No economic analysis can save the Maidan or Brigade Parade Ground (a large open space in the middle of Kolkata known as the city’s lungs) if the option is to go for real estate conversion,” he says. “Preserving natural resources and ecosystem services can never be a function of economic valuation. The way a mother saves her child, Kolkata residents should save the east Kolkata wetlands.”

1. An advertisement for building material in the backdrop of new residences coming up in the Kolkata wetlands. Courtesy Soumya Sarkar/The Third Pole

Soumya Sarkar is the managing editor of indiaclimatedialogue.net