Whether or not you're an ardent lover of movies, one of life's pleasures is slipping into a darkened cinema hall, and for the space of a few hours, being immersed in what's unravelling on the big screen.

In many parts of the world, movie theatre attendance is steadily dropping off as a trend that began with the widespread availability of television has continued with people turning increasingly to streaming services/on-demand entertainment. In some places, multiplexes do brisk business while single screen theatres wear a desolate look, or try to adapt to changing times by taking on newer avatars as cultural centres. The decline of theatre-going has been gradual, a natural progression reflecting changes in how/what entertainment we consume.

The end for cinema halls in Kashmir, however, is a story that's entirely different. In a report published in Scroll on the fate of movie theatres in the Valley, Rayan Naqash wrote, "The eruption of militancy in the 1990s brought down the curtain on the 19 cinema halls in Kashmir, including nine in Srinagar. Today, most of the theatres are camps for security forces, while others have been turned into hotels, shopping complexes and even a hospital. But they live on in the memories of the people, who still remember the joy of going to the movies."

Once popular theatres like the Palladium and Neelam stand in shambles today. Ghulam Qadir, 72, used to work as the gate-keeper at Palladium Cinema and recounts when there would be a steady rush of moviegoers desperate to get into the theatre, which stands at the heart of Srinagar city. "My job involved controlling the mob," Qadir told Firstpost. "People were mad about cinema; they would queue up for hours, pay 5-6 times more over the regular ticket price. Come rain or snow, nothing deterred them. Sometime,s they would even break into the hall without purchasing tickets if they got really desperate." Qadir said when this happened, it was his job, and that of the other gate-keepers to extract the ticket price from these gate-crashers. He earned a monthly salary between Rs 200-250, but selling tickets in black earned him another Rs 20-30 a day. The gate-keepers would pool in all the earnings from the 'black' ticket sales and then redistribute the money among themselves equally. Part of Qadir's job also involved arranging seats — no matter how packed the Palladium was — if a high-level official happened to drop by with family. "Those were golden days... life was peaceful. Not it all appears to have been a dream," Qadir says.

The theatres that aren't broken down or occupied by security personnel have been put to other uses. Khayam Cinema Hall, for instance, is now known as Khyber Medical Institute. Muneer Ahmad's father used to paint movie posters for Khayam Cinema; now 49, Muneer has pleasant memories of bunking school to watch films there and in other theatres. "Entering a cinema hall was a little like entering heaven," says Muneer, adding wryly, "I would beg, borrow steal to go to a cinema hall... Now since there are no theatres in Kashmir, people watch movies at home. Nothing, however, matches the experience of watching a film on the big screen. Whenever I travel outside Kashmir — generally 4-5 times a year — going to a cinema hall to watch a movie is a must." Incidentally, many people do not keep TV sets at home as these are considered 'un-Islamic'. This does not mean that no one cares t be entertained. CDs/DVDs as well as memory drives loaded with TV shows and films are sold in several places. “We sell around 50 to 60 (movie CDs) per day for Rs 20-50 each," says a shopkeeper who plies his trade in Sanat Nagar. "We also sell TV serials — especially Pakistani soap operas, which are popular in the valley. Youngsters watch more Hollywood action movies and less of Bollywood."

Another shopkeeper, who deals in movies, TV series and games at Court Road, Srinagar, admits that business has fallen off as access to broadband and 4G speeds means more people prefer to download content off torrent sites. "There were 10-15 shopkeepers in this business (in this area) until a couple of years ago. Only three of us are left now. I am also thinking of shifting to some other business," he said. Safi, an entrepreneur, tells us that daily soaps are popular in Kashmir, as are streaming services like Netflix. "In our home, my mom will be watching her Pakistani serials in her room, my wife and I will stream some Hollywood /Netflix movie in our room, and our domestic help watch a daily soap on the TV set in their room," shrugs Safi. "Yes, we've lost cinema halls but cinema itself never died." In Kashmir — as in the rest of India — you're quite likely to come across a movie buff who puts all others to shame. Farooq, 42, sells vegetables in Srinagar’s Hari Singh High Street. Along with baskets of vegetables, however, his shop also has posters/photos plastered over every available flat surface — the posters of Mithun Chakravarty's movies, and the photos of Farooq emulating the actor's poses.

Farooq says he "became crazy" about Mithun after watching Pyar Ka Mandir. "Without putting in any effort, I started to walk and talk like Mithin. Soon people started calling me 'Mithun'," Farooq recalls proudly. 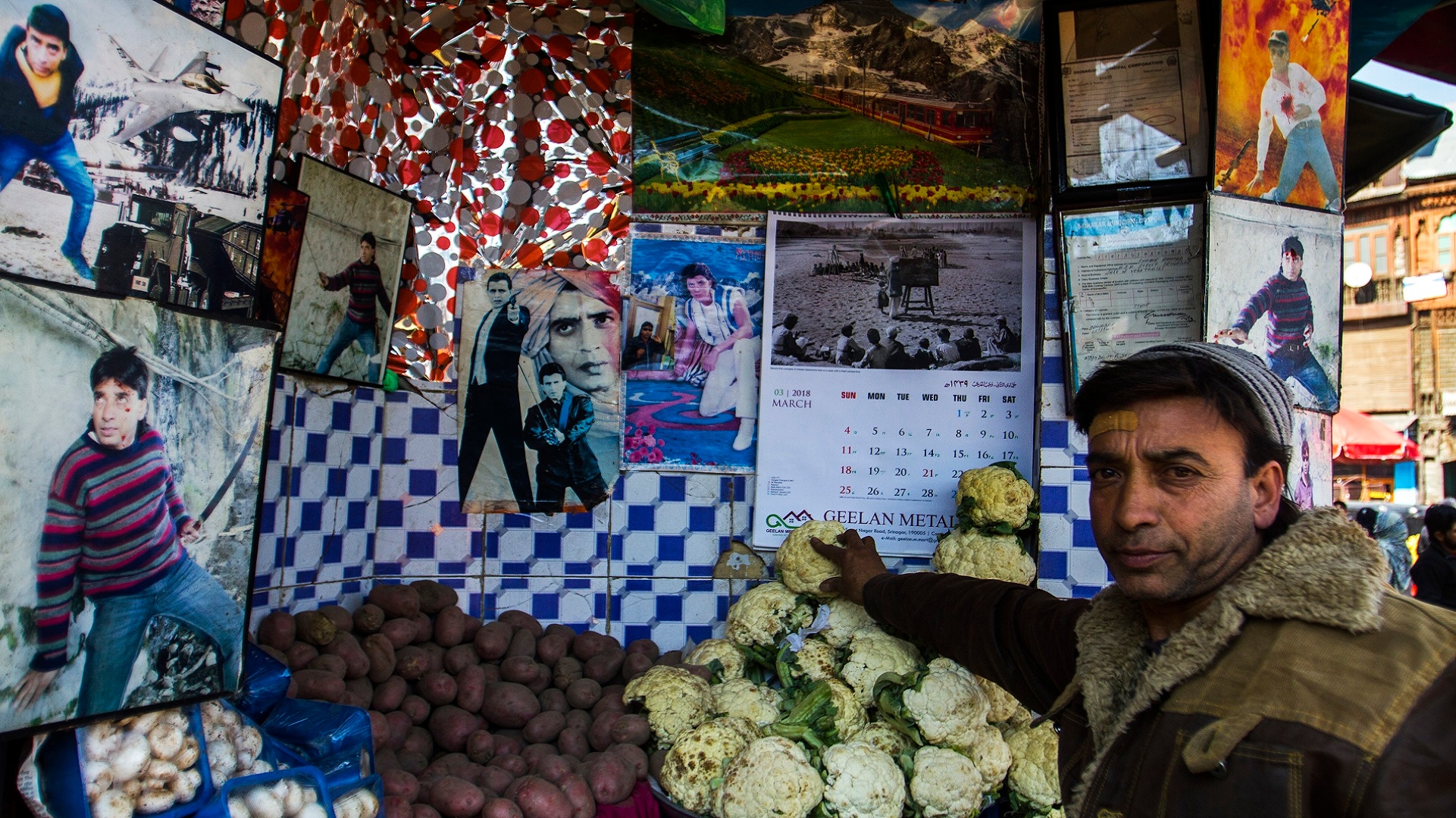 Fuelled by dreams of becoming a hero himself and also hoping to meet his screen idol, Farooq came to Mumbai. But it was "too big a city and it scared me, so I returned home," says Farooq. Then, Mithun himself came to Pahalgam for a shoot, and Farooq finally met him there. "Someone told him about me... Mithun patted my back and offered me tea... I felt on top of the world!" Farooq says.

Farooq is such an ardent fan that he has seen only the films that star Mithun. Once, at the height of the militancy years, he was asked to take down the posters of Mithun from his shop. Farooq refused. Indicating the posters, he says: “My customers often ask me about these. I believe people like me because I have something of Mithun in me."

Says Roma Wani, a social activist: “Cinema is a very effective tool to maintain the culture of the community/society/nation and also introduce the changes required to keep up with the global thought processes... Watching movies at home can never be the same as in a cinema hall because the mind is not as receptive as in a cinema hall. There, as an audience, you are fully prepared to be cut off from all activity, laughing/crying with people you don't know but immediately feel bonded with.” The doors still have the seating capacity and the pricing boards intact. The ticket counter, where once people queue for hours to get a ticket. Shiraz Cinema has a bunker-like appearance and is occupied by the CRPF. 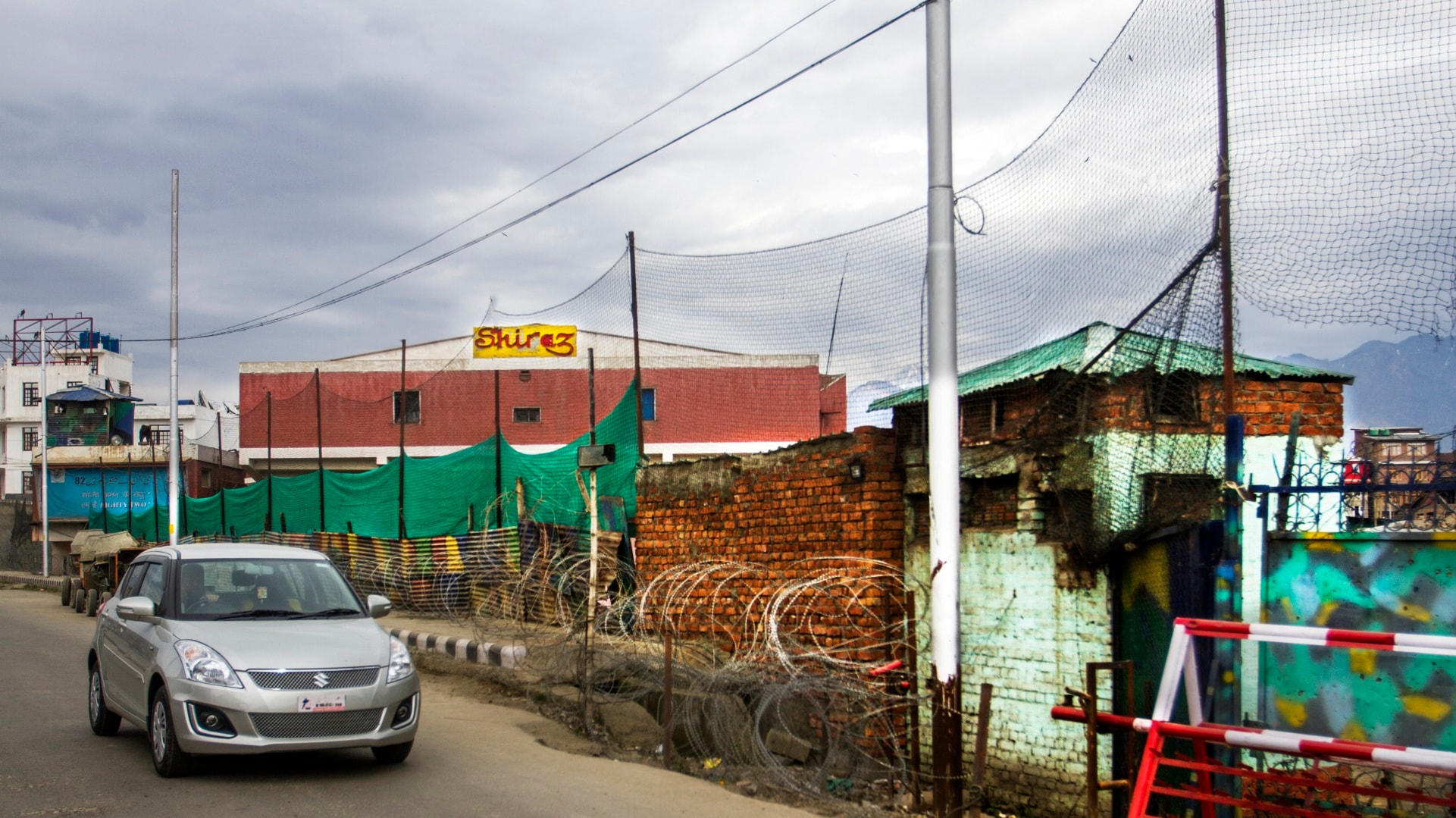 Movie posters would earlier be displayed on this space at Naaz Cinema.