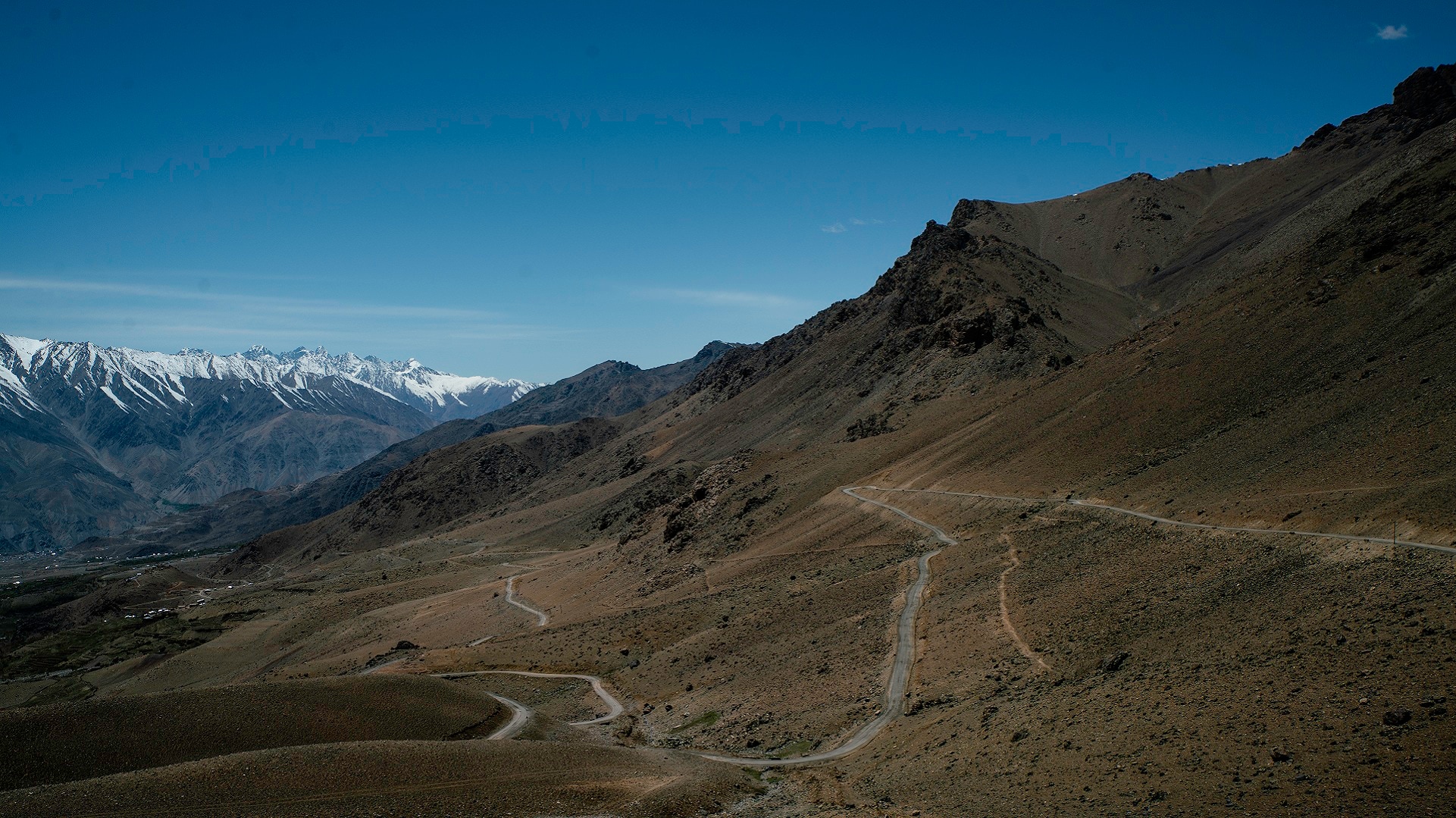 Kargil: Beyond the war, a look at the region, its culture, and people

As with many Indians, my first impression of Kargil stems from the visuals and news of the 1999 war, broadcast on television. This summer, I set foot in Kargil for the first time, after my travel plans in Kashmir underwent a few unexpected changes. It was fortunate that the Zoji La pass — which connects Kashmir valley to Ladakh by National Highway-1 — opened earlier than usual this year. The narrow road between two high walls of snow gave a glimpse of the region’s last winter. A ride through the stunning open landscape by the River Dras later, I reached Kargil. As we drove there in a Maruti Alto, my friend Mr Amin expressed his concern over how people don’t seem to consider Kargil district a part of Ladakh; Leh seems to be the place most commonly associated with Ladakh. The arid landscape of Kargil, however, was quite reminiscent of Leh’s — only the fluttering Buddhist prayer flags were missing. Instead, there was the sound of the mosques calling the azaan in this predominantly Muslim region. 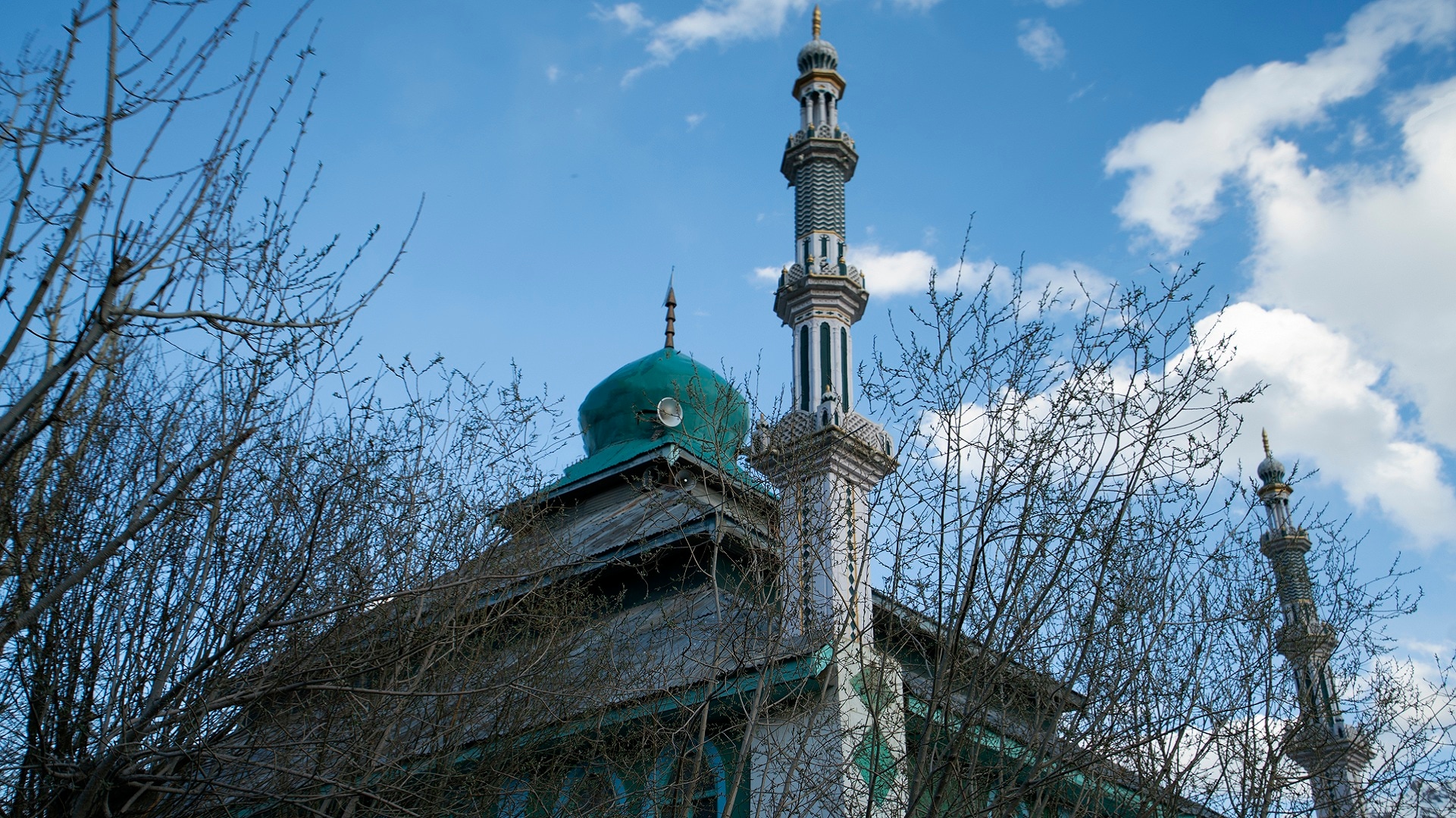 That evening, strolling through the bazaar of Kargil, I observed people of different ethnicities, speaking a variety of languages. There were Kashmiris, Dard-Shina, Baltis, Purgis and Ladakhis following Islam or Buddhism; each practicing their own faith while coexisting peacefully in this beautiful town. A proud Mr Amin showed me a mosque which shares a wall with a gurudwara in the famous old Balti market, as proof of the town’s secular nature. Smoke drifting up from the central market brought us to a halt; lamb seekh tujj was being barbecued next to a stall steaming momos and thupkas. Heaps of dried apricots were also being sold by Balti traders; the region is known as the “apricot belt” of India. 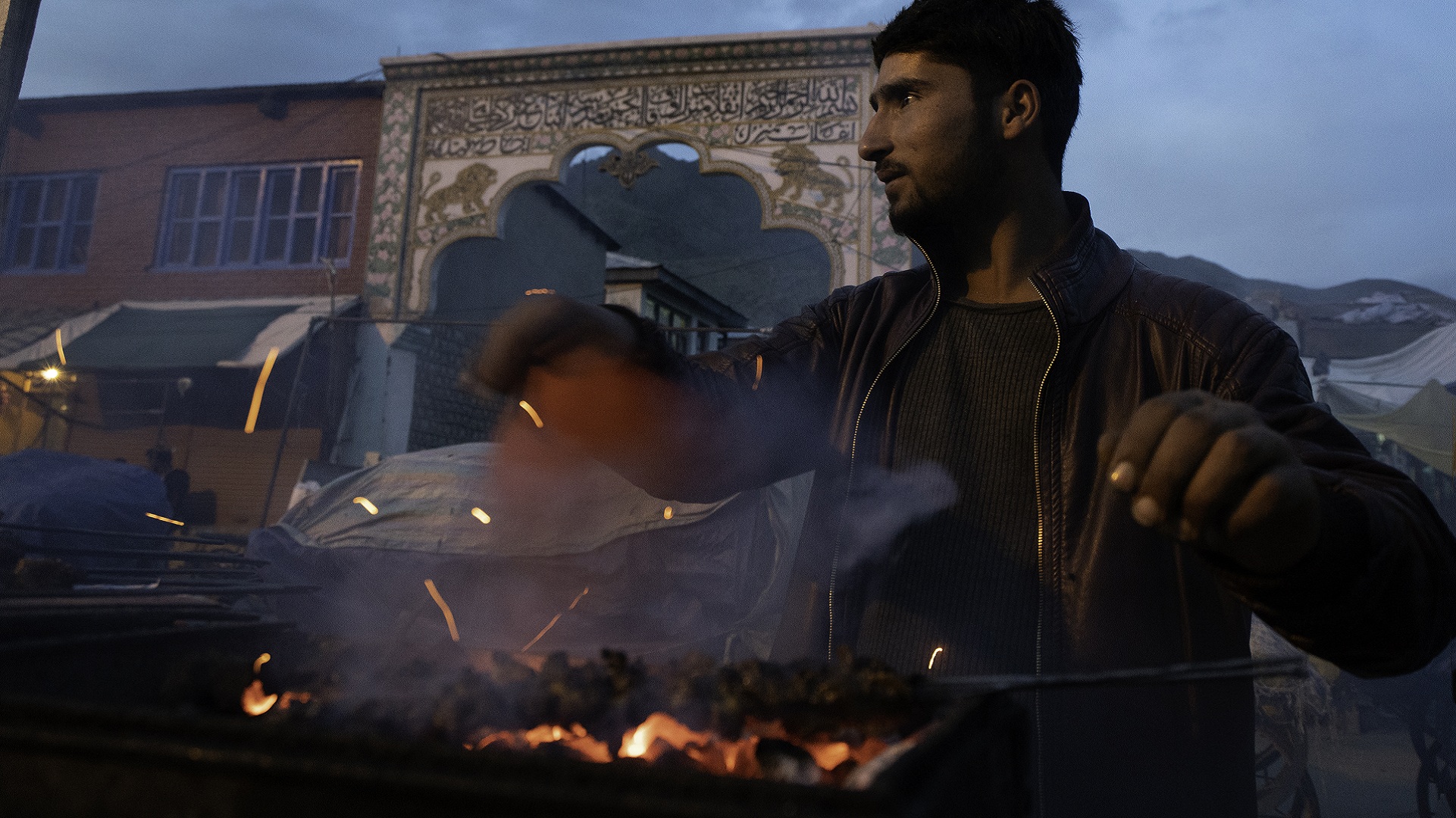 Kargil surprised me with what it had to offer, and I felt the need to dig deeper into its history. A visit to the Munshi Aziz Bhatt Museum of Central Asian and Kargil Trade seemed a good starting point. The museum contains items collected from a saray (inn) set up in 1920 to offer boarding, lodging and storage space to traders. Kargil literally means ‘at the center’, and was an important stop-over for the traders coming from Srinagar, Skardu, Ladakh, China and other places. On display were a variety of horse saddles, indicating the traders’ only means of travel at the time. There were also soaps, Cuban cigars, rugs, silk, perfumes, jewelry, imported medicines — each artifact telling its own story of how it arrived at the saray. Some of the items were left behind by overburdened traders, others exchanged as gifts, still others meant for personal use and forgotten. Together, these objects point to Kargil’s legacy as a “melting pot” of varied cultures due to its strategic location on the Silk Route. The museum makes apparent that the Silk Route not only facilitated commercial exchanges, but also channeled communication amid and the fusions of different cultures.

We made a quick pit-stop at Hundarman village in Kargil, which is supposedly the last village (in India) and closest to the Line of Control. We stood at the ridge of the mountains, viewing the old Silk Route through a pair of binoculars. From there, our eyes traversed to the last Army outpost in India, and thence, onto a glimpse of Pakistan. Unsure of what to expect in such a sensitive area, I was relieved to see a bunch of children playing just outside the village. Hundarman was under Pakistan’s control till 1971 and after the war, it came into Indian hands overnight. In the space of one night, the lives and destinies of the people who lived here changed, with many being separated from their loved ones across the border. We met Mr Ansari, who took us to his ancestral home — now converted into a ‘museum of memories’ under the guidance of Roots Collective, a local organisation. 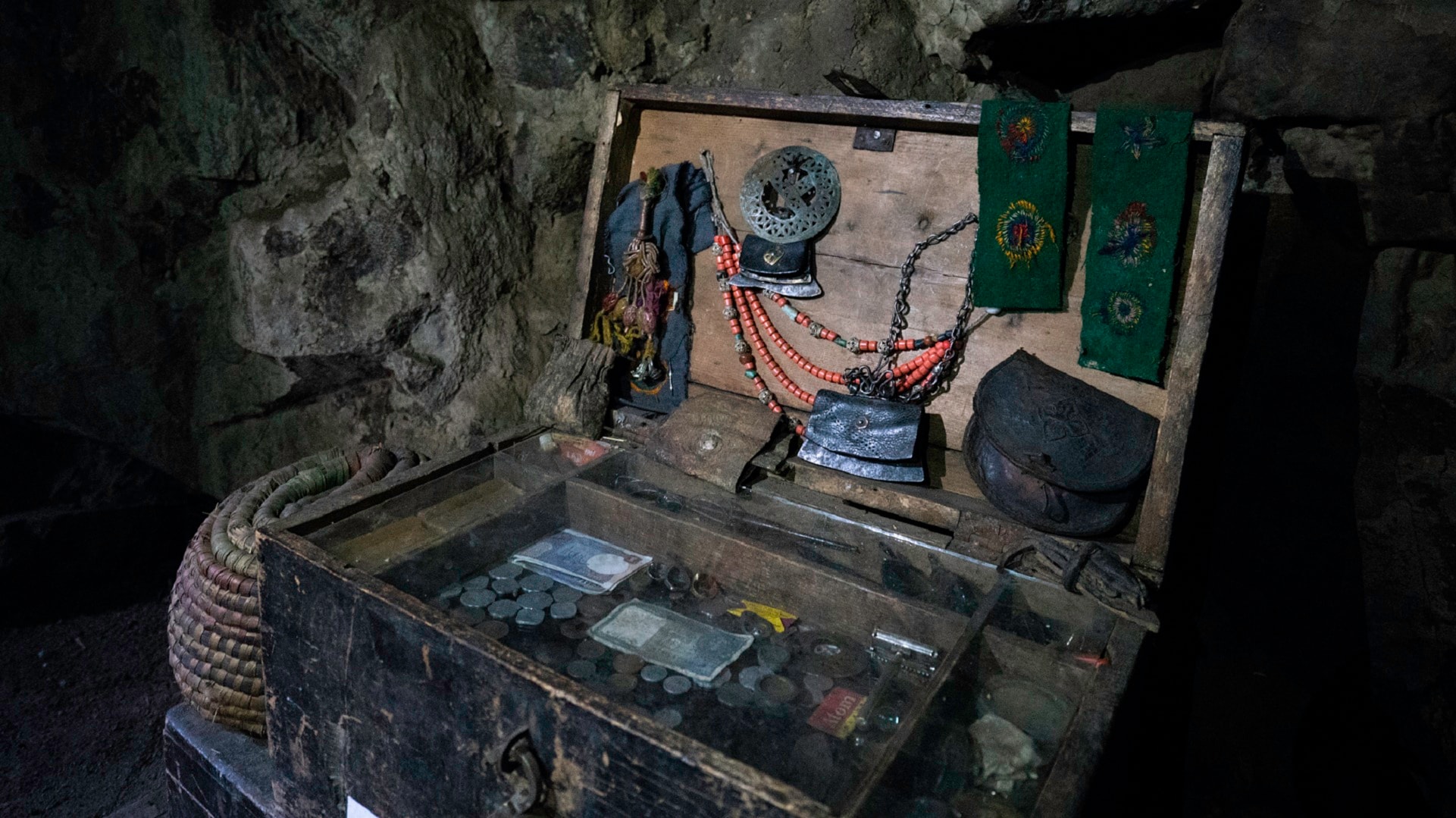 The museum exhibits coins, jewellery and utensils in use half a century ago. Most of the things on display belong to Ansari’s own family. There were even some traditional games, hand-crafted out of cattle bone and pebbles. The museum stands testimony not only to life in the region, but also the after-effects of the war. A broken shell from a Bofors gun, bullets, and the identity cards of villagers which were rigorously checked on each entry and exit — these are scars from the past that are yet to heal. The next day, I visited Badgam village, known for its apricots. A green oasis, Badgam is situated a mere eight km from Kargil town across the Suru river; a small factory stands at the entrance to the village. The village is inhabited by the Balti tribe, and my visit to Badgam threw more light on the intimate details of their culture. Baltis are an ethnic group of Tibetan descent and have historically practiced Bon and Tibetan Buddhism before Islam arrived in Baltistan. I joined the evening congregation of Balti women, as they sat together after work in the fields, to know more about their life in this tiny hamlet. Baltis are famed as efficient horsemen and hardy porters, which led to them being recruited as guides and porters by Central Asian traders and, later on, by European surveyors of the Himalayas. While the men are expert porters, the women are expert weavers who make wool from goat and sheep and make a long jumper-like dress called “peran” in the Balti language. “Balti culture and language has been deeply affected by presence of Ladakhi, Shina and Kashmiri culture,” one of the women told me.

While Hundarman and Badgam had Muslims belonging to the Balti tribes, with Tibetan roots, I also visited Garkon village in Batalik — where the people of the Brokpas tribe practice Buddhism. The region here is known as the ‘Aryan Valley’ due to their claim of being descendants of Alexander. Some 130 km north-east of Kargil, Garkon village is situated on the northern bank of the Indus, on the road to Baltistan. The tougher terrain along the Indus river makes this village rather isolated but getting here proved to be a most rewarding ride. The village seemed carved out of stone. Even the drainage system was made of stone, and every time I took a stroll, it made me wonder how people live here, and if they weren’t afraid of the big boulders hanging over the edge. 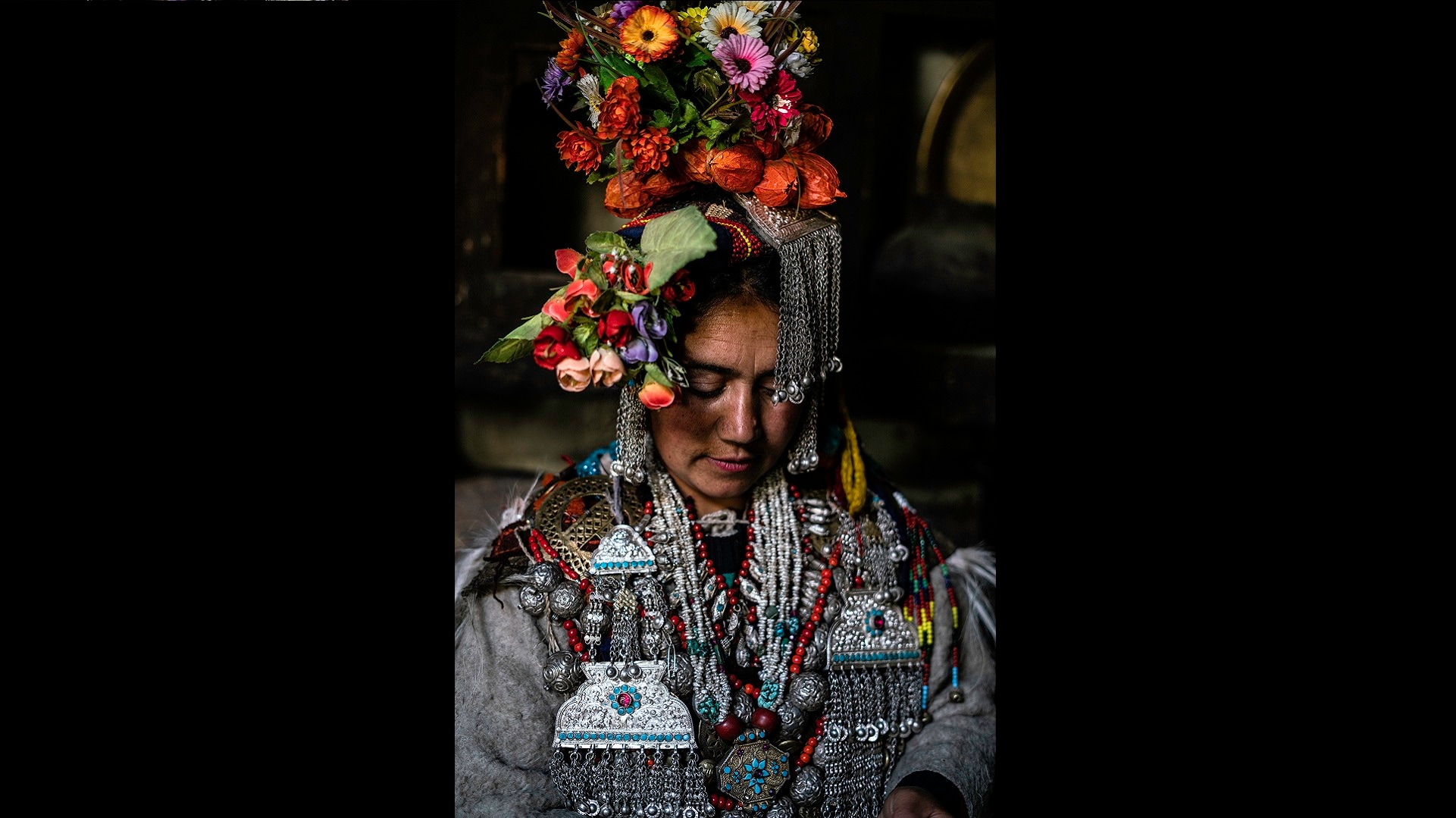 The tradition attire of the Brokpa women includes intricate jewellery and a colorful headgear called “tepi” that has many props attached and is embellished with berry flowers.

Alexander is said to have married women from each of the regions he conquered, so that might explain the Brokpas’ connection to the conqueror. But there is no anthropological evidence supporting this. Their distinct features — a sharp nose, blue eyes, light skin — provide the only support for their claims. 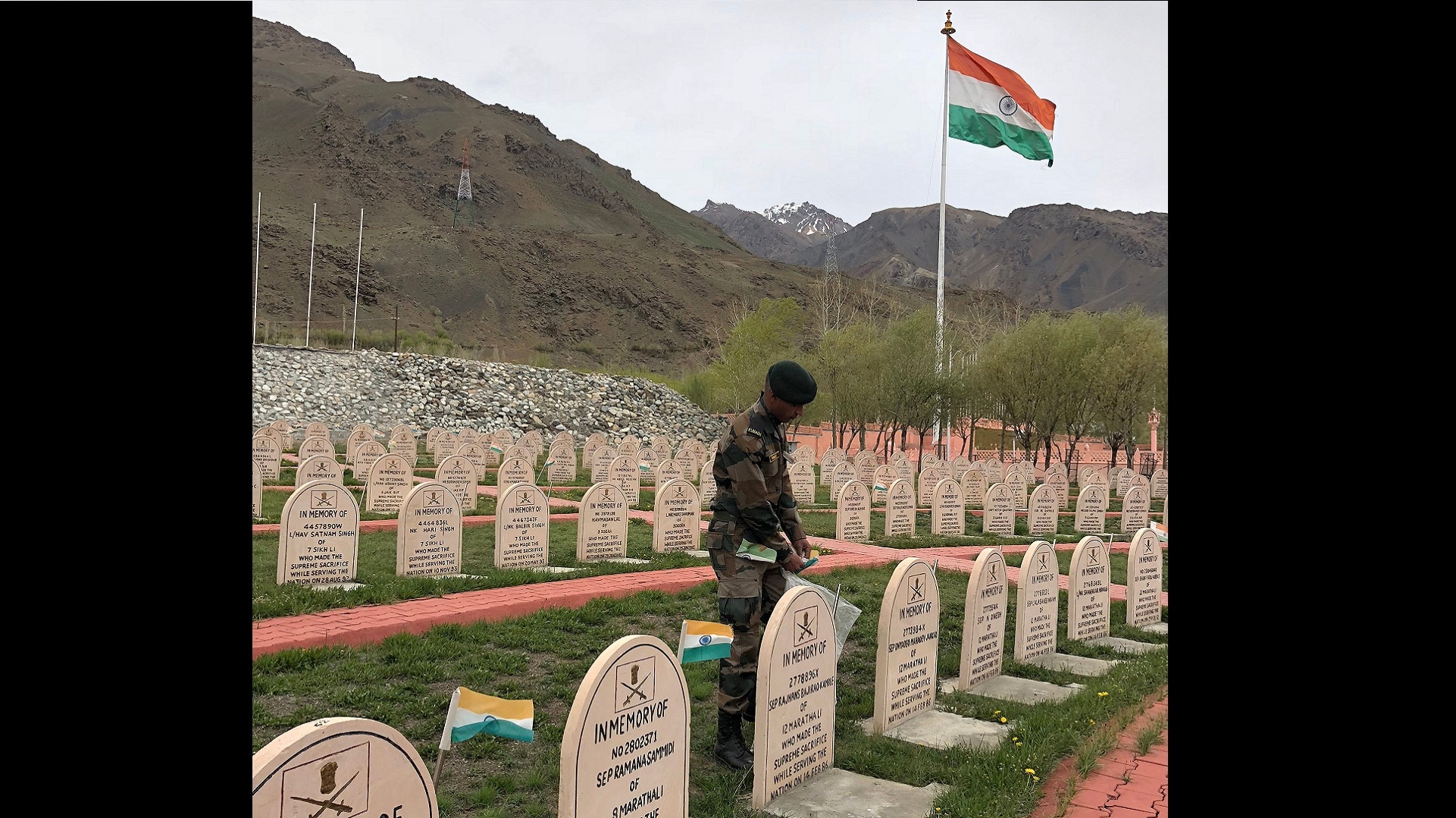 While returning from Kargil, I also stopped at the Kargil War Memorial, situated right on the highway at the foothills of Tololing. A soldier was placing flowers on the graves of soldiers killed during the war. There is also a museum and gallery of photographs taken during the war, and also a life-size version of the iconic image of soldiers hoisting the flag after winning the war. The photo gave me goosebumps.

A visit to Kargil without visiting the memorial is incomplete, but as I learnt on this journey, Kargil has a lot more to offer than war tourism.

— All photos by Deepti Asthana