***
Nancy looked up at the clock in the doctor’s office for what felt like the 100th time. Two-thirty seven. The sweltering heat pricked the back of the neck, despite the hollow blast of the air conditioning directed at her, which was, at this point, just noise. As the nurses and patients hurried around in front of her, she caught a glimpse of herself in the reflection of a glass door of the in-house pharmacy. The hints of a flushed face, matted hair (more light brown than red now) and a furrowed brow stared back at her. She immediately relaxed her eyebrow muscles, not realising how visibly her body revealed her puzzlement. “Excellent”, she thought, “You’re on vacation in India and somehow still in the middle of a low-key mystery. Most excellent.”

It had been well over twenty minutes that her friend, Veda, had been in the doctor’s office now. Only a day ago, the two had been enjoying their Delhi vacation, out photographing one of the various baolis the city hid in plain sight, when Veda collapsed onto the steps. Nancy had rushed to arrest her fall, but by the time she reacted, Veda was already steeling herself. “Don’t worry, don’t worry”, Veda had said, “this happens sometimes. I just need to eat something I think”. They had waited until Veda felt a little better, before calling a cab and heading home. If only she had her convertible here, Nancy thought to herself, she would have rushed Veda directly to the Emergency Room (ER), no questions asked. As heat emanating from the cab's seat cover made her thighs sweaty, Nancy turned to Veda.

“Are you sure we shouldn’t rush you to the ER?”

“Yeah, yeah don’t worry about it. I feel much better already. I just need to head home and eat or drink something properly.” 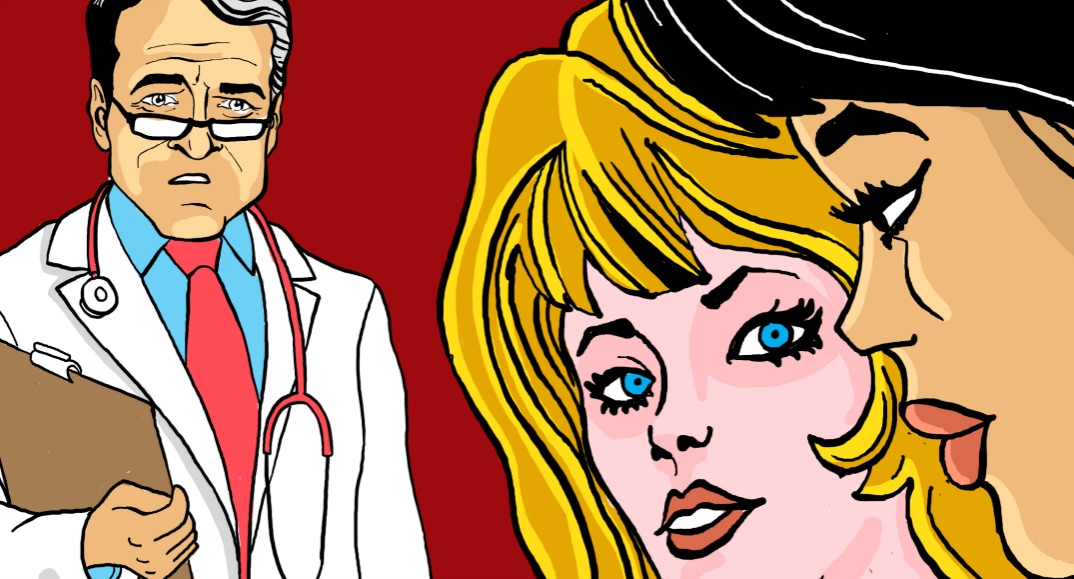 After being home for almost half a day, Veda still felt giddy and uncomfortable. She seemed inexplicably resistant to seeing a doctor, Nancy eventually convinced Veda to drop-in at the family doctor’s clinic the next day. Nancy hadn’t known Veda to be sick, ever. Ever since they met, almost eight years ago, as twenty-year-olds, at a classical music concert (Veda was playing) in New York, Nancy had never known Veda to be sick, let alone drop her guard and admit to feeling sick. As she sat waiting for Veda to emerge from the doctor’s office, Nancy guessed that this must have been something Veda had dealt with for a while.

She understood why, though. Only a couple of years ago, during a conversation, Veda had talked about identifying as non-binary person. They both discussed what that had meant to Veda, and if it was something that should necessarily be shared with everyone and Veda had decided then to decide as and when.

“It’s too much to correct everyone ya, and be like ‘actually, I don’t really identify as a woman’ when they refer to me with certain pronouns”, Veda had said then. “It’s not the battle I’m choosing to pick at this point right now in my life. It’s enough for me to know, and for the people I care about to know.”

They never revisited the topic explicitly after that, except the once that Nancy had asked Veda, out of complete exasperation “Okay, so if you don’t identify as a woman, what are you?” As she watched the clock swing to thirty-six, Nancy cringed. Ah! Young Nancy, was being an unaware and well-meaning as*****e. Nancy had known her best friend to be an active feminist, without necessarily being “feminine”. Back in River Heights, her other best friend George had been a lot like Veda, and Nancy assumed that this was like that. That this was some kind of a 'tomboy-ism' that extended into adulthood. What’s the point of not identifying this way or that? Hadn’t George maintained that she very much identified as a woman, but that she just didn’t care for the narrow diktats of performing “femininity”? How was this not like that, Nancy had assumed back then.

Veda thankfully addressed the question with a lot of patience and stern detachment (Nancy could now identify this as a defense-mechanism), and Nancy still remembered what Veda had said, “I don’t know, and that doesn’t matter to me as much as the clarity of the fact that I don’t connect with feeling either like a woman or a man. And that’s all that should matter to you”. That was all that had mattered since (on that subject).

So Nancy understood that Veda’s resistance was not only her general distrust of medicine and doctors but also the wariness of meeting medical professionals who would constantly invoke her as a female to tailor their conversation and behavior. As the clock struck two-forty, Veda stepped out of the office. They walked out of the hospital and towards the parking lot in silence. 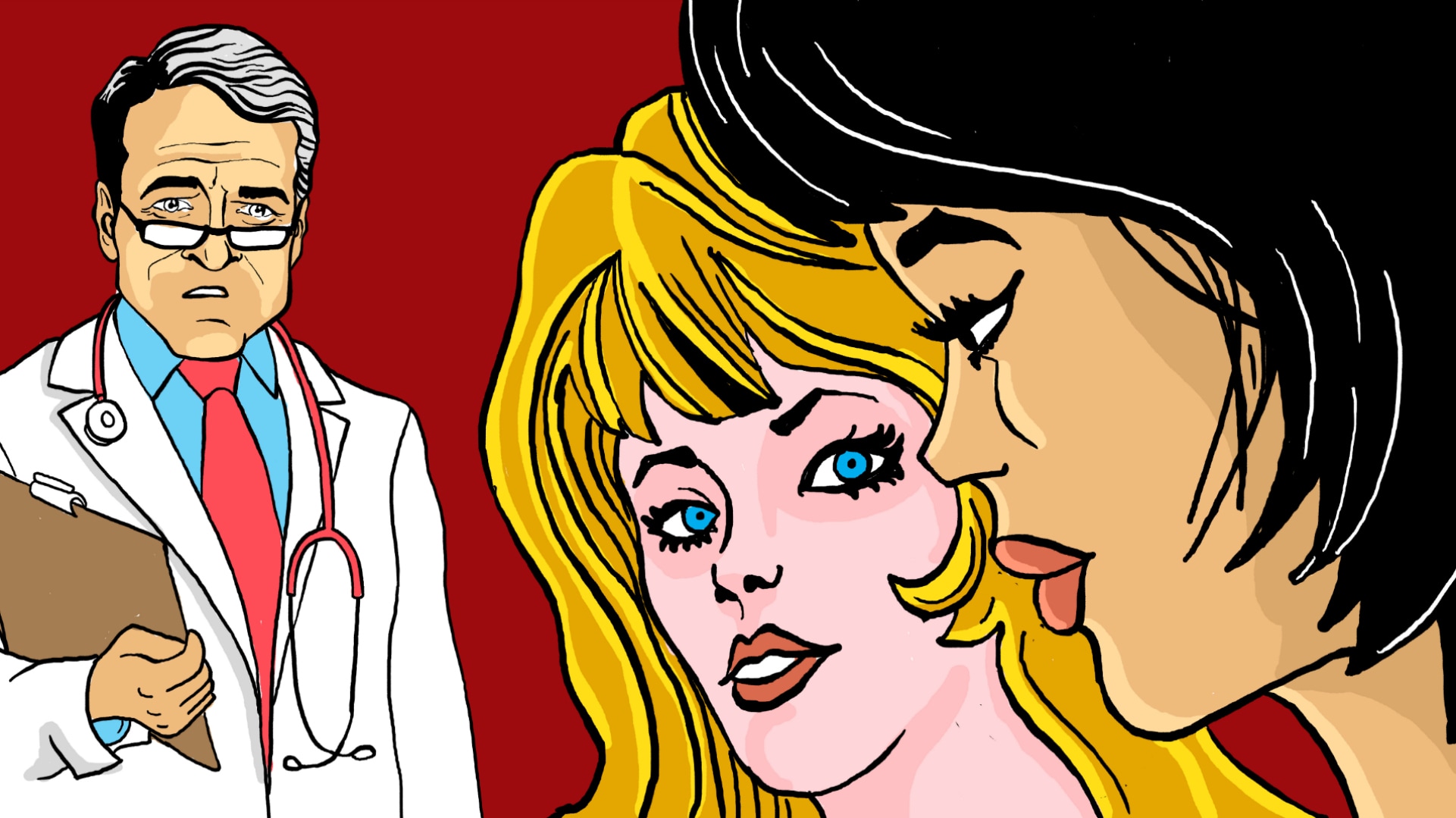 “Do you feel okay?” Nancy asked.

“Yeah, I mean whatever ya. How does it matter?”

“What do they think it is, though?”

“I need to get my sugar levels tested, maybe I’m pre-diabetic, who knows.”

“Just like that? You randomly may have diabetes? Nothing else?”

“And that I should get my acne checked out and that I am such a pretty young woman, I should focus on “taking care” of my fat self.”

It had been six months since Nancy’s Indian vacation and she was back at her job as a journalist in Seattle. As she settled into her workday, she saw an offline message from Veda.

“I’m pretty sure I have PCOS. The insulin resistance, the acne and the sometimes-weird period cycle…it all makes sense now. I just need to find a way to confirm this.”

Nancy quickly replied, “Oh? How do you know?”

“I’ve been reading up about it and talking to a few friends who have some similar experiences of symptoms.”

“Have you told your doctor about this?”

“Not yet. I want to be sure of it myself. He doesn’t know about my periods being a little wonky every now and then because I didn’t make the connection myself and I presume since I don’t have the body hair and hair thinning issue, it may not necessarily have struck him? IDK yo.”

A week later, Veda pinged: “Yup confirmed. The dude who did my ultrasound said I do have multiple cysts in my ovaries. Booked an appointed with doctor for! Fingers crossed!”

A month later, Nancy remembered to ask about the appointment. What had happened to that elusive diagnosis after all?

“Oh! How did the doctor’s thing go? Are they sure you have PCOS? Is that what it is?”

“Ohhhhh that! Yes! So! Funniest thing. I literally googled for a different doctor because I don’t wanna have to listen to some more patronizing creep-talk right? So I walk into the office with my ultrasound reports and am like “Look, I think I have PCOS, I already got the test done cause it’ll save us all time, just tell me stuff I need to do to treat this and like not have to walk into your office ever again K THX.”

“And nothing. She said it did look like I have PCOS even though I don’t show typical symptoms and put me on birth control and asked me not to worry about it until I was ready to be a mother.”

“That is hilarious! Did you reveal your militant disinterest in mothering children?”

“Yeah, she gave me a knowing look and said, “That’s what all women say in the beginning.”

“Awwwyeah! You gonna have kids whether you like it or not!”

“Yuuuuz, it is my manifest destiny AS A WOMAN”.

“Brilliant. So, you’re on birth control? That’s it? That’s the big resolution?”

“Only until marriage, though. Apparently sex with my husband will help “settle” my hormones. Who knew Nancy! The cure for PCOS is lies in heterosexuality!”

Read part one and two of the PCOS series