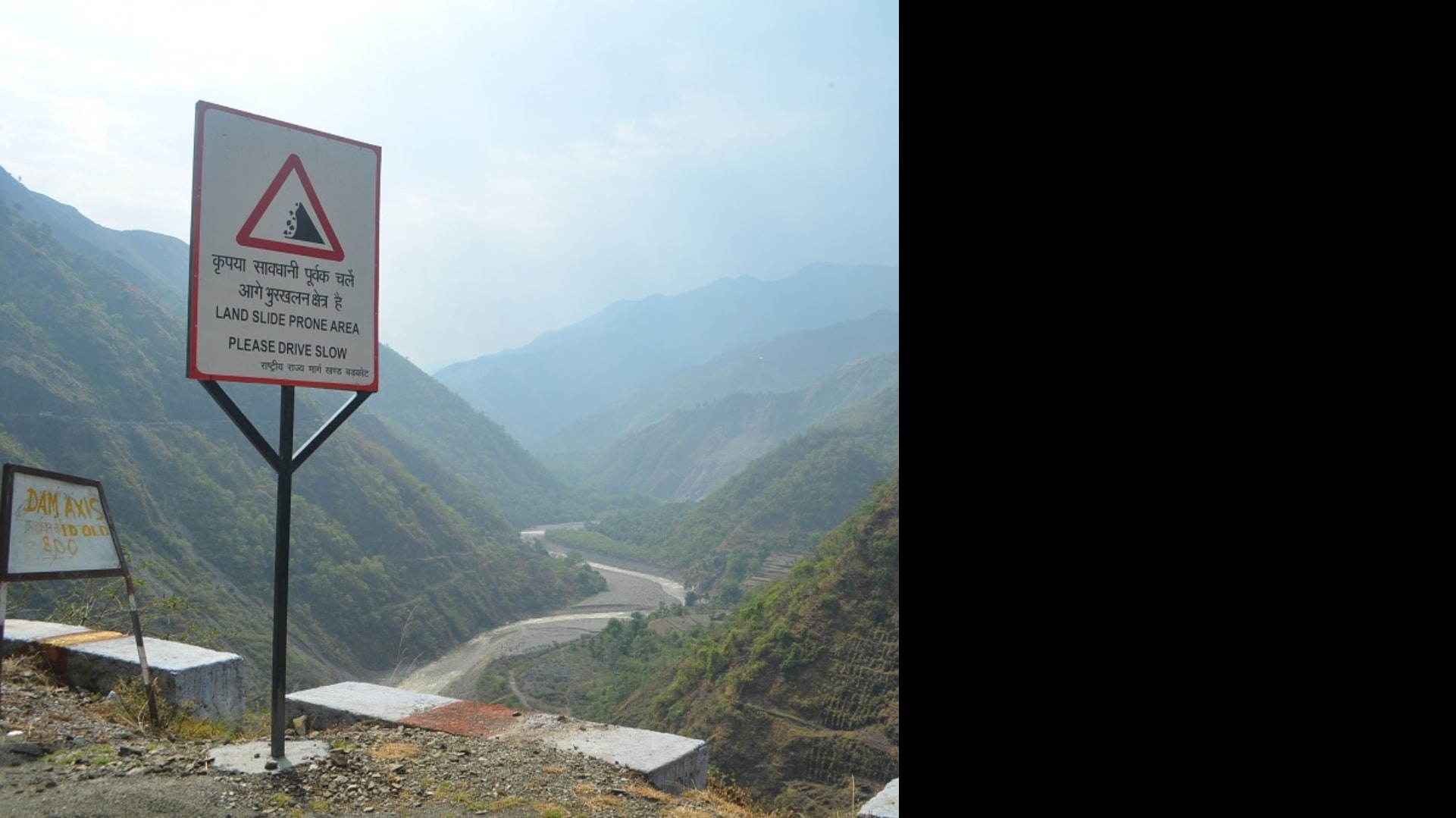 A massive dam project on the Yamuna is being revived by the Indian government, despite concerns of environment and financial sustainability, and despite the case against the dam being in court

The revival of the Lakhwar-Vyasi dam project in the Upper Yamuna basin in Uttarakhand has once again raised the question of the loyalty of the government towards its commitment of conservation of river basins.

On 28 August, 2018 the government of India signed off on a Memorandum of Understanding (MOU) with six state governments to go ahead with the Lakhwar-Vyasi multi-purpose project, even though the project is being examined by the National Green Tribunal (NGT) due to environmental concerns. The court has not yet made a decision about the project.

India’s water resources minister Nitin Gadkari said on the occasion of the signing of the MOUs that “Delhi will not face a water problem for the next 20 to 25 years once the project is completed. Cities in Rajasthan, Haryana and Uttar Pradesh will also gain from this project.”

An abandoned project in a sensitive ecological zone

Lakhwar-Vyasi is a 300 MW hydroelectric project (HEP) that involves the construction of a 204-metre high concrete dam with a huge 40-kilometre long reservoir on the river Yamuna near the Lohari village in Dehradun. It was initially envisaged as part of the larger integrated development project that includes the Vyasi run-of-the-river HEP (with two units of 60 MW each) downstream of the Lakhwar HEP.

The construction work on the Lakhwar-Vyasi project started in 1987 and stopped in 1992 due to lack of funds. While the work on Vyasi began in 2014, no work has begun on Lakhwar dam itself since 1992.

However, environmentalists are concerned that the environmental and social impacts of such a mega project in an ecologically fragile area are being overlooked by both the Centre and the states, and that the government has announced the project even though the matter is in the court. 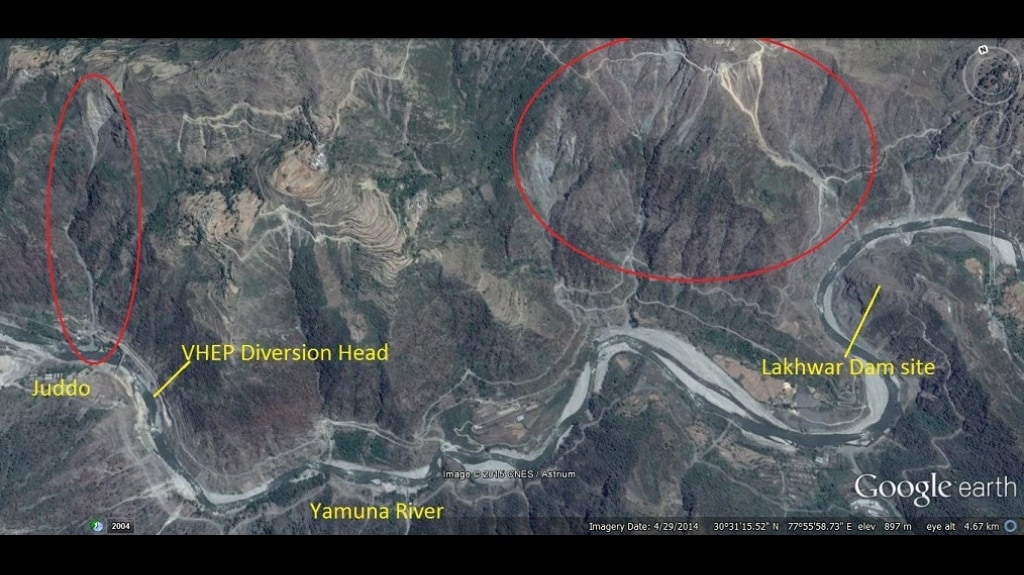 The map of the dam site

First and foremost, there is a fear that because it is a huge reservoir dam, it will kill the flow of river Yamuna downstream. This will have a large impact on the agriculture-dependent states like Uttar Pradesh and Haryana.

A 2015 petition filed by activists Manoj Misra and Bhim Singh Rawat in the NGT says, “Lakhwar HEP is planned just 120 kilometres from its origin at Yamunotri. With a 40 kilometre long reservoir that would result if the dam is built, the free flowing stretch of the river Yamuna would be reduced as a result to just 75 to 80 kilometres.”

Mishra, who is a former forest service officer and convenor of Yamuna Jiye told thethirdpole.net, “This dam is over 200 metres and will create a big reservoir. It will convert the entire river into something similar to a lake. Monsoon is the time when the river recovers and has flow, but even that will get finished.

It will be the final death knell for the Yamuna river system. The 170-kilometre stretch of the river that is still alive will die.

The Tehri dam ruined Ganga, and Lakhwar will end Yamuna. Unfortunately, on one hand we are saying we want to revive the Ganga river system, but on the other hand we are killing the Yamuna – the largest tributary of Ganga.”

The Tehri dam was built on the Bhagirathi river at Tehri in Uttarakhand and has been blamed for the significant reduction in the flow of the Ganga's water. The Tehri reservoir is around 42 kilometres in length, similar to the size of the proposed Lakhwar reservoir on the Yamuna.

The project site is also located in an earthquake-prone zone making it vulnerable to disasters. Moreover, the site is downstream of where the Aglar river meets the Yamuna, a stretch which is rich in the mahseer fish and will impact its movement and population.

The biggest point of contention is that the project was allowed to go ahead without any scientific studies or proper environment impact assessments (EIA). It had received a clearance in the 1980s but experts argue that it was done at a time when the level of environment consciousness was different and the report only talked about the loss of trees and the diverted forest land but not of its direct or indirect impacts.

“It doesn’t have an EIA, no public hearing, no appraisal. Just one clearance given in the 1980s. The work was stopped in the 1990s. There is no community impact assessment, no disaster impact assessment. It is a high seismic and landslide prone area. It is also a part of the Ganga river system; how will it affect the Ganga rejuvenation? Where is the study? There is also no formal agreement on water sharing between the states that are already reluctant to share water,” said Himanshu Thakkar, an IIT engineer and coordinator of the South Asian Network on Dams, Rivers and People (SANDRP), to thethirdpole.net.

Will it solve Delhi’s water crisis?

Even though the government is touting the project as a solution to Delhi’s water crisis, water experts have strongly questioned its efficacy. It is not the supply but also the management of the water that needs to be dealt with.

“Kapil Mishra, when he was Delhi’s water minister, had said publicly that Delhi does not need water from the Renuka dam or any other external source. Then why is the chief minister Arvind Kejriwal supporting this project and going ahead with it? Kejriwal had also [said] that Delhi doesn’t need more water earlier. There is also a study by INTACH that also concurs that [better management is what is needed]”, said Thakkar. 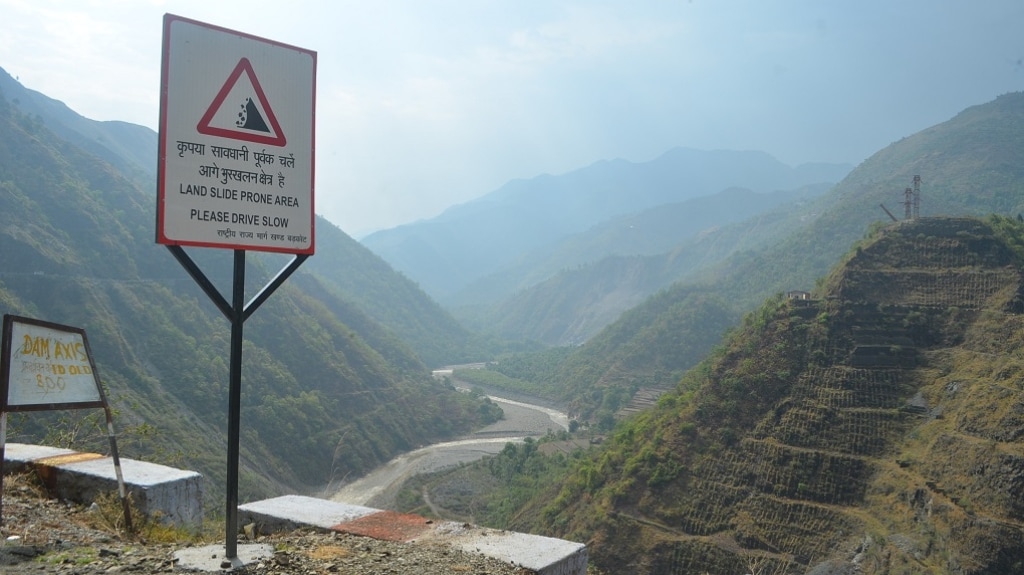 Experts say that Uttar Pradesh is located in the water-rich Ganga river basin and Haryana gets its water from the Yamuna, hence their justification to draw water from this project is not justified.

Environmentalist Manshi Asher from the Himdhara Environment Research and Action Collective told thethirdpole.net that Himachal Pradesh is a signatory under the upper basin agreement, even though the state itself is struggling with the financial viability of its hydropower projects.

“There are three projects planned in Himachal, including the Renuka and Kishau dams. It needs to be analysed if these dams are going to bring more destruction or gain. Also, financial viability is a question. Himachal has not begun work on the proposed dams due to lack of financial viability. It is already facing revenue losses from the existing dams. The cost of loss of forest is extremely high. The cost-benefit analysis needs to be done before embarking on such projects,” said Asher.

Environmentalist and water management expert Ravi Chopra, who had earlier led the assessment of hydropower projects in Uttarakhand, said, “We did an investigation of other existing and under-construction dams in Uttarakhand in 2013-14 and we noticed clear negative environment impacts of all projects. We can’t do much to [mitigate this] but we are asking the government to look at alternatives. When solar power is emerging as an alternative in terms of economics, the government should come up with a white paper comparing different ways of generating electricity.”

Experts also pointed out that despite the rising cost of hydropower and the fact that globally, countries are distancing themselves from large hydropower projects given their lack of financial viability and ecological damages, India is still focusing on massively expensive and environmentally destructive large hydro projects. Even as the environmentalists demand for more transparent mechanisms of project clearances and the need for inclusive and fair participation of local communities in the decision-making process, political agendas are reviving projects that are questionable from the river conservation point of view.