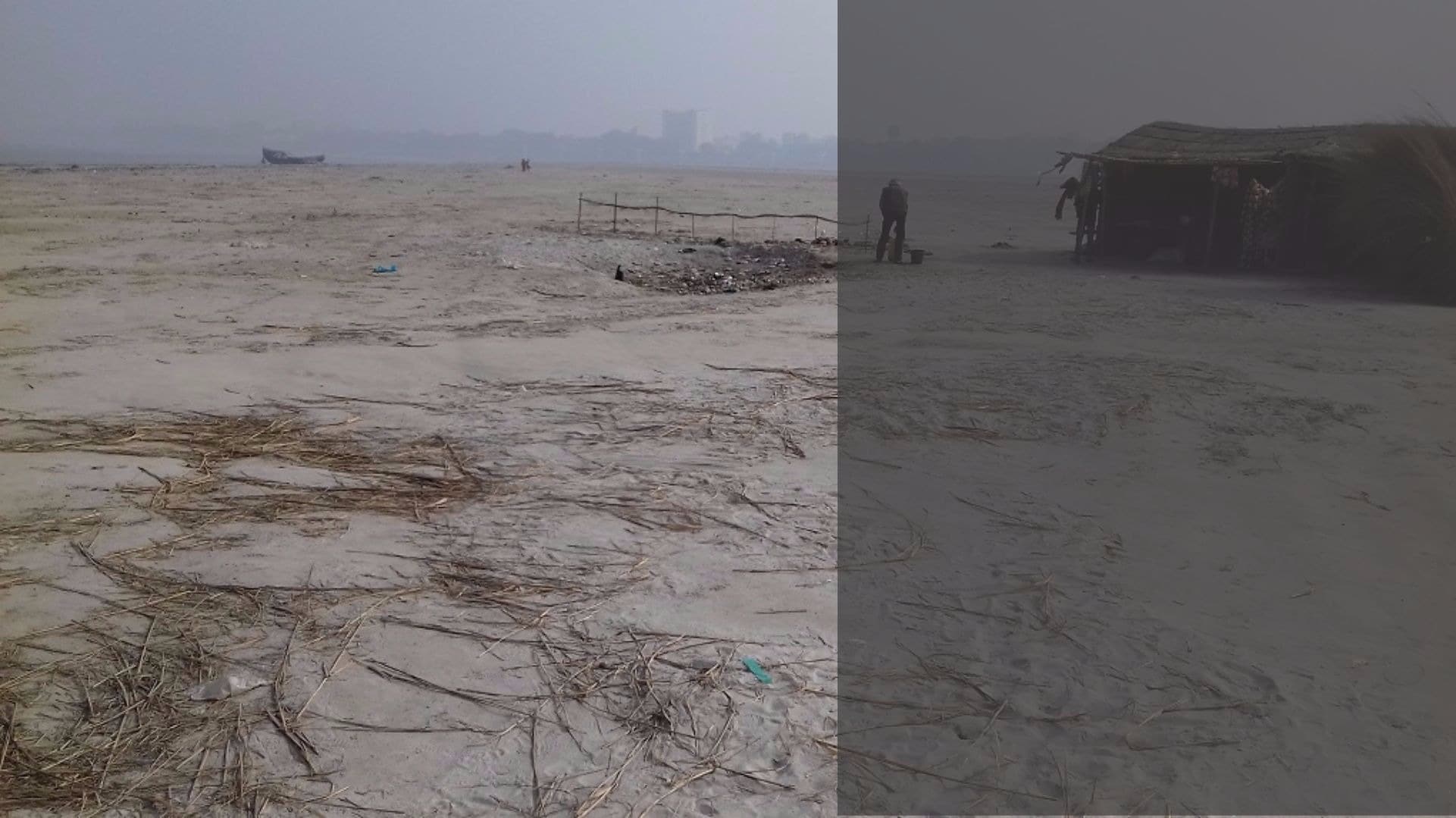 A central government committee recommends the removal of silt along the Ganga in Bihar to reduce flood risks and boost shipping, but will a committee solve a perennial problem?

Heavy silt deposits are nothing new along the Ganga, particularly in the eastern Indian state of Bihar. The Ganga carries one of the highest levels of sediment of any river in the world, and the build up of silt has grown even greater in recent years. This raises the riverbed, leading to devastating floods in the already flood-prone state.

But now for the first time, an expert committee, formed by India’s Central government, has identified 11 hot spots with alarming silt deposits, where silt should be removed to ensure the normal flow of the river and to minimise the chance of extreme floods. The report has been submitted to the central water resource department, and is not in the public domain as of yet.

Increasing heavy silt deposits in the river Ganga also slow down the river flow in the dry season, posing a big challenge to India’s ambitious national waterway project, which aims to boost the use of inland water transport. 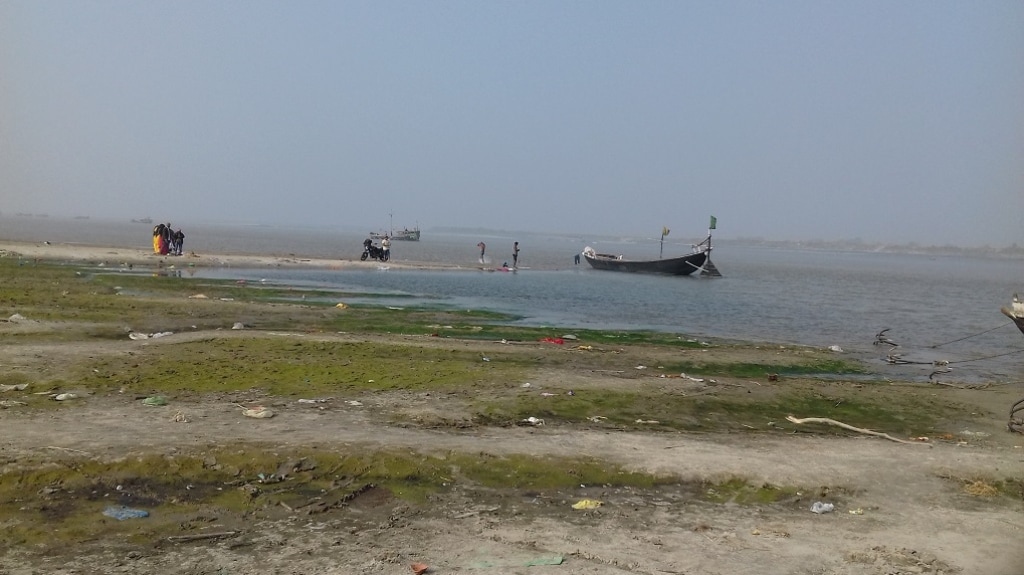 “Silt deposit on a large scale in the Ganga, particularly from Buxar in Bihar to Farakka in West Bengal, a roughly 544 kilometre stretch, is a big problem. There is no doubt about it,” said Ramakar Jha, a river expert at the National Institute of Technology in Patna. He is one of the members of the expert committee constituted last year by the Government of India to study the problem.

“We have completed a scientific study on how to get rid of the problem and submitted a report to the concerned department of the Central government in June this year. A strong suggestion was made to remove silt deposits in the river bed from 11 places for smooth flow and to control and manage floods,” Jha added.

The build up of silt has posed a growing problem for the shipping industry. In June this year during the first East India Climate Change Conclave in Patna, Nitish Kumar mentioned how a cargo vessel of the Inland Waterways Authority of India was stuck in the Ganga at Ramrekha Ghat near Buxar, where from January this year the river water there was only 1.10 metres deep. A tug vessel sent to pull out the cargo ship was also stuck 10 kilometres upstream of Buxar.

“NW-1 (National Waterway 1) [a key inland shipping route along the stretch of the Ganga from Allahabad in Uttar Pradesh to Haldia in West Bengal] will not succeed unless the siltation issue is addressed,” Nitish Kumar warned. He added that dredging the river was not the solution because the goal of cleaning cannot be achieved without ensuring continuous flow of water in the river.

Arun Kumar Sinha, chairman of the Ganga Flood Control Commission and another member of the expert committee, told thethirdpole.net that the government is serious in dealing with the problem and a team of experts have been working to prepare a national silt management policy. “We have made some suggestions, including the removal of silt from some places, to creating storage in tributaries to reduce threat of floods.” But Sinha cautioned that there is no immediate solution to the silt problem. “Heavy silt deposits are thanks to dozens of tributaries carrying the silt. Confluence points have to be desilted.”

It is interesting to note that the deposits are greatest near the confluence points of tributaries coming from the mountains, such as the Gandak, Koshi, Ghaghra, Sone and other small rivers

Sinha stressed the need for a more in-depth study of the problem. “It is difficult to answer how much silt is deposited in the Ganga.” Jha also supported Sinha’s views. There is no systematic data collection by any agency in the country, and whatever data has been collected is insufficient, he said.

What is needed is daily or even hourly silt data for one annual cycle at various sampling stations at intervals of 50 to 100 kilometres, Jha explained. Data should also be monitored during pre and post monsoon at each sampling station. Earlier studies carried out by the Indian Institute of Technology, Roorkee and other institutions have relied on satellite data, which only gives a general picture of the situation. However, there are limited studies of the morphological changes in the river Ganga from Buxar to Farakka, he said. This involves studying how river channels change shape and direction over time.

The report has categorically stated that floods will be more dangerous if the silt from 11 hot spots is not removed in the next five years. Jha said silt has been carried along the river for years, but now the silt deposits have increased beyond all previous records. If the silt is removed from these “hot spots” Bihar will get relief from likely devastating floods. But it is a temporary solution if excessive silt deposits continue to grow.

Indu Bhusan Kumar, technical consultant to the Bihar Water Resources Department, said silt deposits in Ganga are a big challenge. Last year the Bihar government had opposed engineering interventions, including construction of barrages over the Ganga, as it would inundate new areas and also affect the flow of the river.

The state government had repeatedly opposed Central government plans to build barrages and other structures along the Ganga and its tributaries in connection with the 1,620-kilometre National Waterway-1 which passes through Bihar, as well as West Bengal, Jharkhand and Uttar Pradesh. 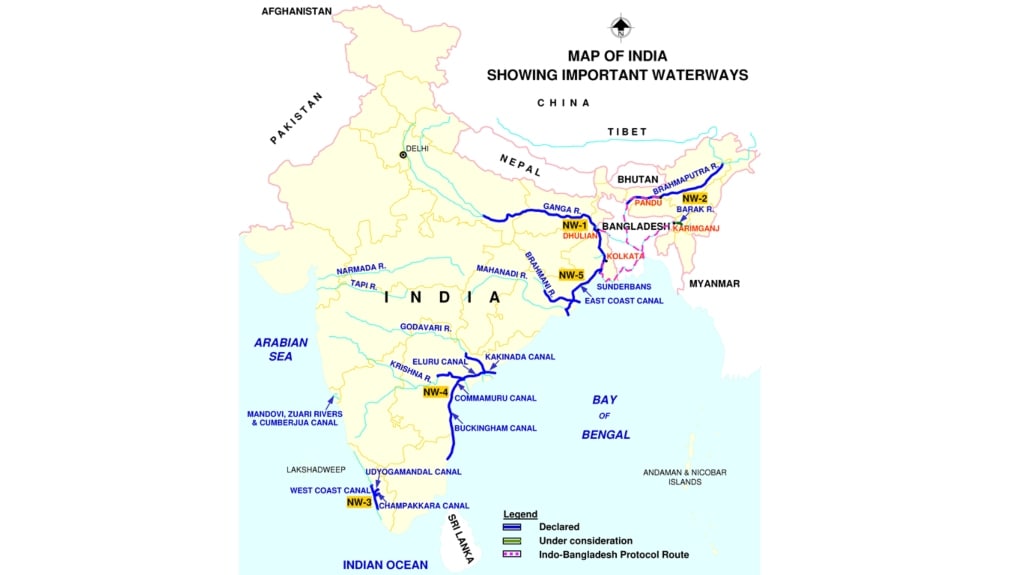 However Muralidhar Singh, a professor at the Water and Land Management Institute (WALMI) in Patna, which comes under the water resources department, said there is little chance that plans to construct barrages to provide a navigational path for National Waterway-1 would affect the flow of the river. “The necessary depth of water could be maintained without directly affecting the flow of the river,” he said.

Other experts believe barrages will exacerbate the situation. Jha said any big concrete structure in the river will obstruct the flow of the river and further increase silt deposits. For instance, there are heavy silt deposits around the pillars of the Gandhi Setu, a major bridge in Patna.

Jha explained that part of the problem is that the gradient of the river has changed. Drastic slopes have become shallow. Because of this, the speed of water flow has fallen and so the river is not able to carry sediment and it is deposited at a much higher quantity. Dinesh Mishra, Bihar’s foremost river expert, argued that by forming a committee of experts, the government was only finding a way to avoid taking decisions. “Recommendations have been made like in the past, but nothing will happen. No one will pay attention to them. In India, committees are formed with the single agenda as how not to take decisions. Sedimentation in the river Ganga is not new; it has been one of the main issues for the concerned government agencies for over two decades.”

Mishra recalled that he had suggested to a concerned Bihar minister four to five years ago to conduct a detailed survey of the bed of the river to understand the silt problem, but nothing had happened.

Mishra wondered why if the Bihar government was serious about dealing with the silt problem. He said several committees had been set up earlier, but nothing had come of it. Instead, he suggested, maybe there was a need for an open discussion with the engineers dealing with the issue in the state first. “The silt problem requires a serious discussion with Bihar's senior engineers. They may be little over two dozen, but it has never taken place so far,” he said.

Mohd Imran Khan is a journalist based in Patna, Bihar