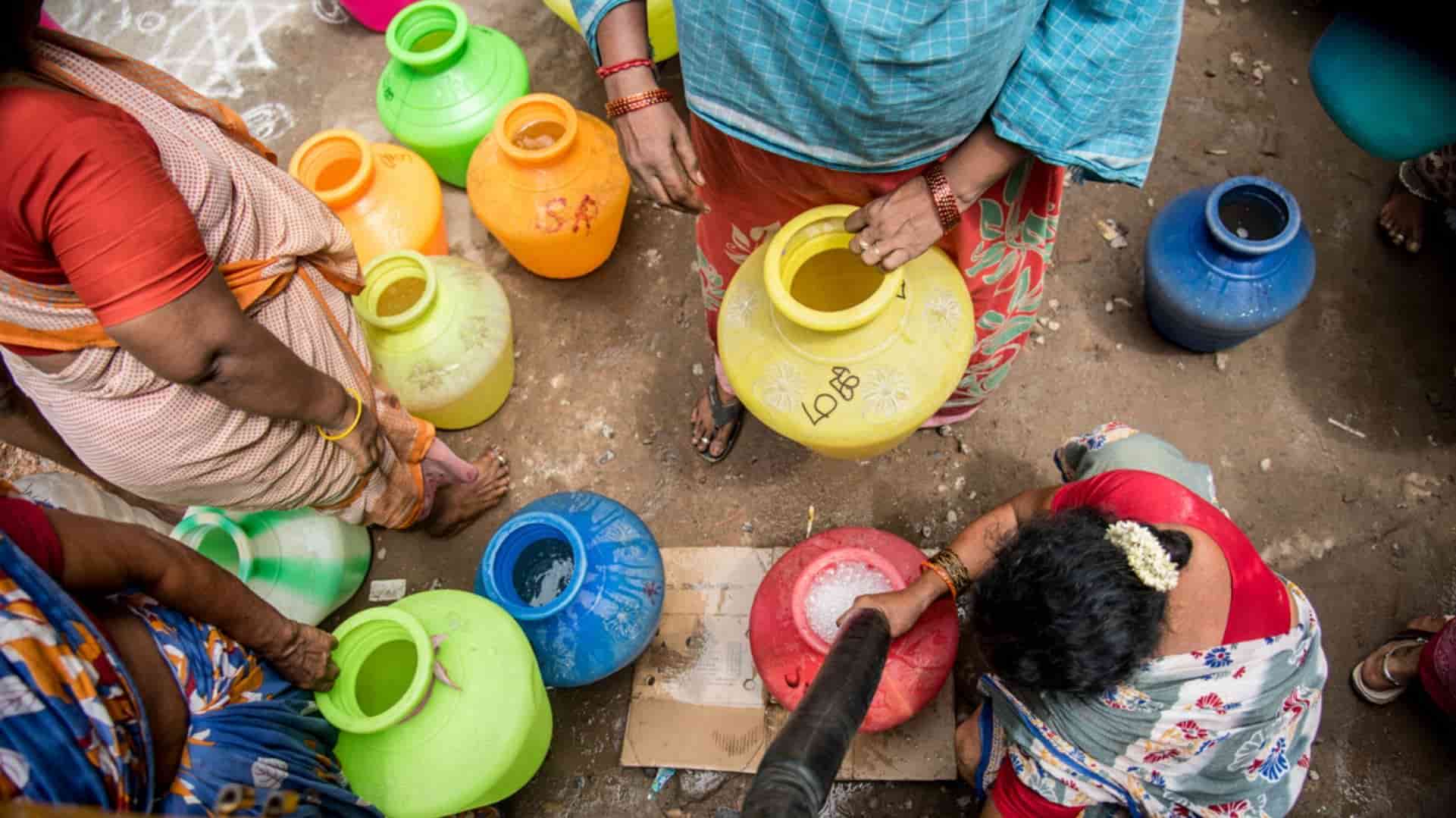 In Chennai, local organisations work toward restoring water bodies, with sustainability in mind

Twenty-seven-year-old Chandra, a house help in Chennai, does not know much about deficient rainfall, rainwater harvesting or the city’s degraded water bodies. All she knows is that once in two days, a lorry supplies the 20 pots of water that her household requires, and that she has to carry those pots to the first floor of her small flat in Vardapuram, a locality in Kotturpuram, Chennai. A vast majority of the people in the city are like Chandra, ignorant of the harsh reality of water supply and its management as a resource.

Arun Krishnamurthy of the Environmentalist Foundation of India (EFI), an environmental NGO which has carried out extensive work in restoring water bodies, says that water literacy is the biggest challenge they face today. The EFI along with many other non-governmental organisations (NGOs) have participated in an initiative by the Greater Chennai Corporation (GCC) to restore some of the city’s water bodies.

The water bodies come in all sizes and shapes, so the strategy to restore them differs from one to the other.

According to a GCC official, 72 water bodies are in the process of being restored by the Greater Chennai Corporation utilising the Smart City fund. Of these, restoration work on 39 has been completed while work on 33 is in progress. Simultaneously, some NGOs have taken up the restoration work of 64 water bodies using Corporate Social Responsibility (CSR) funds. Of this, work on 32 has been completed, and restoration work on the remaining 32 is progressing. In addition, restoration of another 47 water bodies will soon be taken up using funds from the Chennai Mega City Development Mission. The estimated cost of this project is around Rs. 48 crore (almost half a billion rupees). Tender has already been called and work order will soon be issued to the contractor, the official said.

For the remaining 27 water bodies, funding agencies have yet to be identified.

According to the GCC official, the work entails desilting the water bodies as well as removing water hyacinth and garbage. Encroachments around most of the water bodies have been removed. The silt from the ponds that have been cleaned was used to strengthen the bunds and create walkways to raise public awareness about preserving public spaces.

Above photo: Water body in Karumanchavadikulam Zone 15 before restoration. Image via Mongabay-India

In this photo: Water body in Karumanchavadikulam Zone 15 after restoration. Image via Mongabay-India

According to Krishnamurthy of EFI, the biggest challenge to water conservation is the mindset of the people. The factor that unifies the people of India is not caste or religion, but the common urge to abuse and exploit water bodies, he says in a lighter vein. People throw garbage into ponds and lakes; sewage drains empty out into rivers; at night, lorries laden with sledge come and discharge it into water bodies, and in addition to this are the innumerable encroachments that come up around water bodies, he elaborates.

In June this year, Chennai’s water woes caught international attention and many people around the world wondered as to how the city of 10.6 million would survive the summer heat of 50 degrees Celsius without water.

Water lorries brought water from far off ponds and lakes to quench the thirst of the people in Chennai city. Those who could afford to buy water did so on a regular basis. There was no decrease in the consumption of water though the four reservoirs (Poondi, Cholavaram, Puzhal and Chemarambakam), which serve the city, had run dry.

Krishnamurthy says that many people continued to water their compounds (not just the plants), wash their cars and carry on as if there was no drought situation. The lack of water, impacted the poor the most and they had to wait in the hot sun for hours on end for the Metro Water lorries to bring them succor.

Popular opinion is that lakes and ponds should be restored in such a way that their surroundings look like recreation spots, Krishnamurthy says. He however is opposed to the idea. According to him, water bodies should become protected spaces.

The Chennai Metropolitan Development Authority started work on the second Master Plan for guiding Chennai’s development and land use in 2008. The Master Plan 2026 has taken cognizance of this fact and one of the “principal targets of Millennium Development Goal is to ensure environmental sustainability. In the past few years, under pressure from development, environmental sustainability in CMA has taken a heavy beating.”

Above photo: Water body at Rettaikuttai zone 14 before restoration. Image via Mongabay-India

In this image: Water body at Rettaikuttai zone 14 after restoration. Image via Mongabay-India

According to the findings of the Master Plan 2026, “the most visible manifestation is the severe pollution in the six major waterways and drains, viz. Cooum, Adyar, Buckingham Canal, Captain Cotton Canal, Otteri Nallah and Mambalam Drain. The sewage carried by these water bodies is to the tune of 532 million liters per day (MLD), which is more than the quantity of sewage collected from Chennai city for treatment by the Metro Water treatment plants. The waterways of Chennai are not perennial in nature and receive flood discharge only during the monsoon. During the rest of the year, they carry wastewater from sewage treatment plants and from defective stormwater outlets.”

The cleaning and restoring of water bodies has shown results in recharging groundwater in many areas. In some areas there has been an increase of 3 meters in groundwater level while in other areas such as Shollinganallur the increase has been as much as 6 meters.

Chennai, south India’s major port city, wears many hats. It is a manufacturing and IT hub as well as a centre for education, health care and entertainment. But the city’s water woes dent these economic activities in a big way.

Chennai city has grown exponentially in the past 20 years, but even now rains remain the main source of water supply. According to a report in Business Standard in June this year, the “demand for water in the city has gone up by 47 percent in the last decade, from 750 MLD in 2008 to 1,100 MLD in 2018.”

Daniel Robinson, City Advisor for C40 Cities, an organisation committed to addressing and communicating the implications of climate change, says that Chennai’s issues are inherent.

It starts with the city being just 2 meters above mean sea level (msl) which directly impacts the freshwater aquifer along Chennai’s premier East Coast Road. There has been indiscriminate drawing of water from the aquifer during the summer months, which has resulted in seawater incursion.

Another issue is the city’s soil which mainly comprises soft clay and loose sand layers, which results in slow absorption of rainwater. In addition, the water table is just 1.5 m to 1.6 m below the ground level. So, rainwater harvesting techniques have to be adapted to solve this issue.

Lack of planning, rapid urbanisation and indiscriminate sinking of borewells have resulted in the incursion of saltwater in many seaside localities. Many lakes and ponds have given way to housing projects; only worn-out street signs carrying legendary names such as Lake Bund Road reminds one that there was once a lake in that area.

While the restoration has recharged the groundwater to a great degree, for women like Chandra the wait for water lorry continues.