The bullock-carts and trams of yesteryear have been replaced by SUVs, AC buses, luxury cars etc but not a single thing has changed about the gateway to Kolkata — Howrah Bridge. On completion of its 75th year, the City of Joy is celebrating this iconic bridge's anniversary through out the month of February.

While its anniversary may have brought an opportunity to the rest of India to learn more about the 'Rabindra Setu' (Howrah Bridge was named after Rabindranath Tagore in 1965 as a tribute to the writer), for Kolkatans it means a lot more than just a commuting link between Howrah and Kolkata. It is also the sixth longest bridge in the world.

Built in the year 1943, the Howrah Bridge never got its due fame or recognition at that point in time. One should appreciate that its construction was much ahead of its time and the British definitely deserve the credit for it.

For every Kolkatan, Howrah Bridge doubles the joy of a homecoming and saddens a parting from the city. When we see Amitabh Bachchan and Nawazuddin Siddiqui riding from under this iconic structure, the Bengali in us... the Kolkatan... feels proud. A photographers' delight, Howrah Bridge never disappoints — be it an experienced lensman or an amateur. Spanning across the Hooghly river, the bridge help lakhs of people enter and exit the city, although it never seeks any attention.

This cantilever suspension bridge survived a Japanese air bomb during World War II; the bomb can still be found at the Kolkata Police Museum in Manicktala.

Howrah Bridge — which inspires such emotion in us — may have survived a bomb, but is endangered by our actions. Toxic elements from the tobacco that is regularly spat out onto this bridge is causing irreversible damage to this architectural marvel. It's time we gave back to the bridge a little of what it gives to us.

A look at the Howrah Bridge, in images. All photos by Satwik Paul:

The Howrah Bridge — which was renamed 'Rabindra Setu' in the year 1965 — serves as a crucial gateway to the city that ferries almost 2 lakh vehicles and over 1.5 lakh pedestrians daily. On 3 February 1943, this huge steel bridge was thrown open for public use replacing a floating pontoon bridge of much less a holding capability that previously linked Howrah and Kolkata (then Calcutta). To ring in the anniversary, the Port Trust authority has decorated the bridge with banners everywhere. The bridge looks festive with these multi-coloured flags in place. 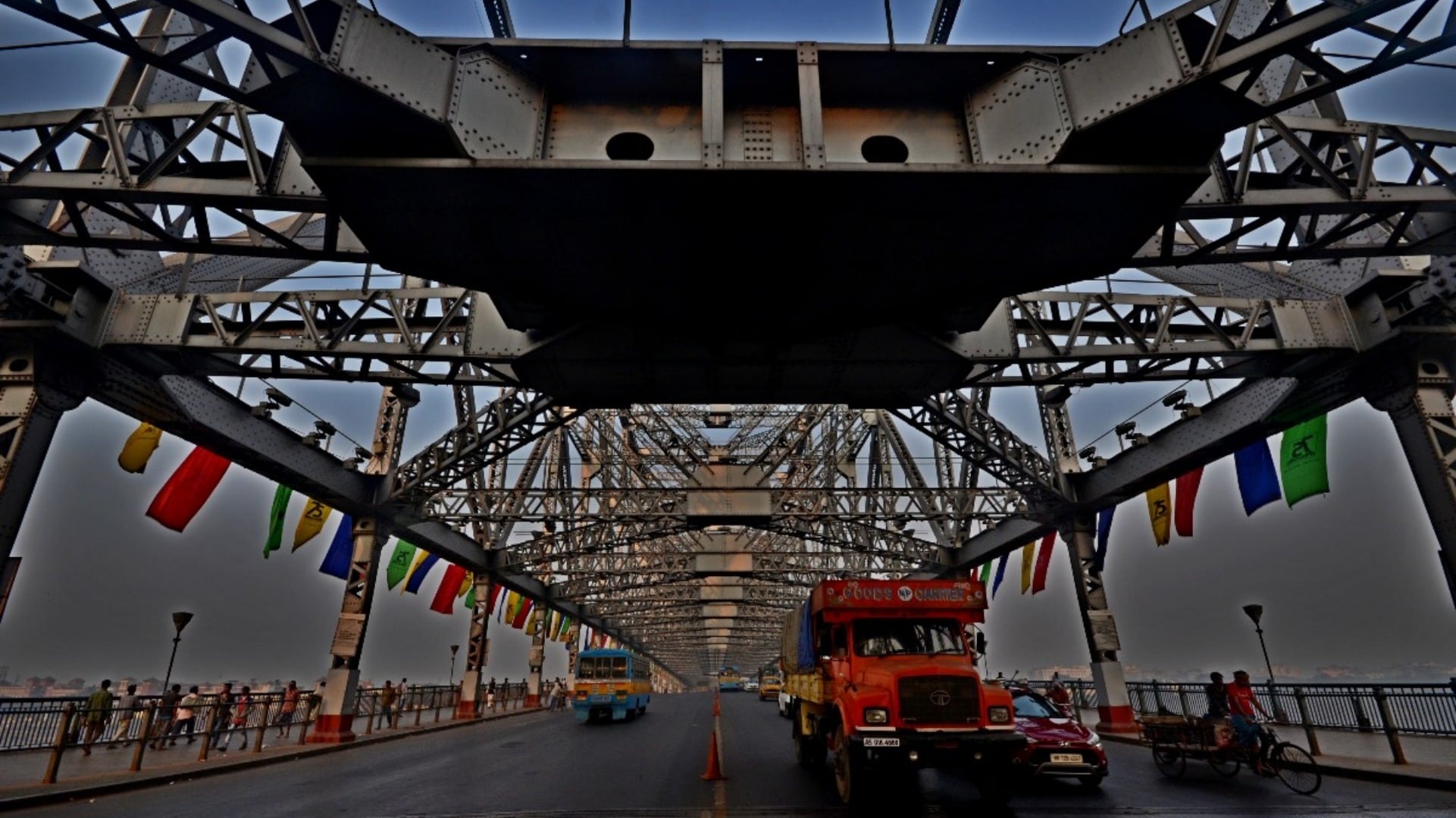 An interesting fact about the Howrah Bridge is it does not have a single nut or bolt and was built by riveting the whole structure. 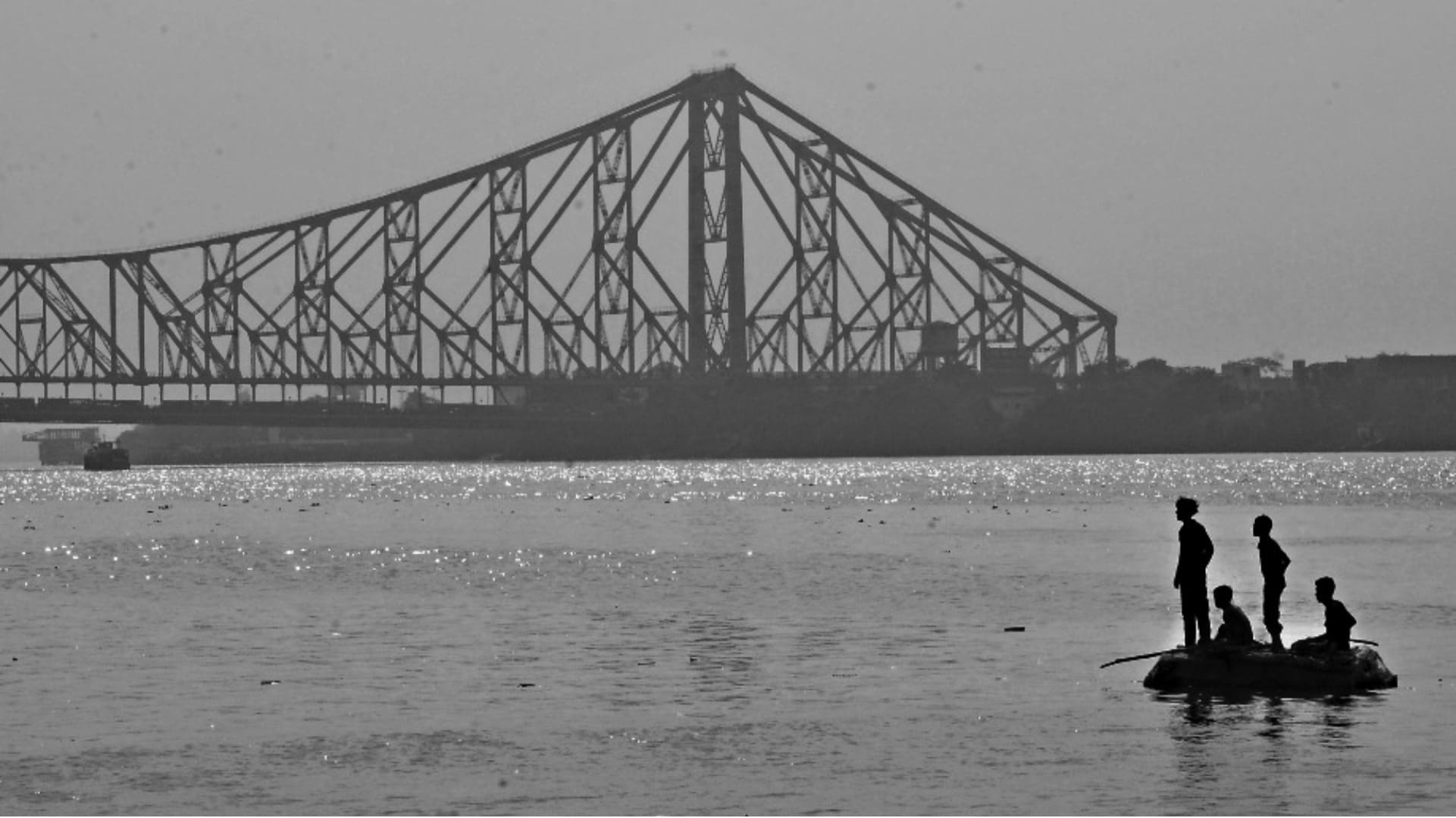 The British-era Howrah Bridge is celebrating its 75th anniversary. 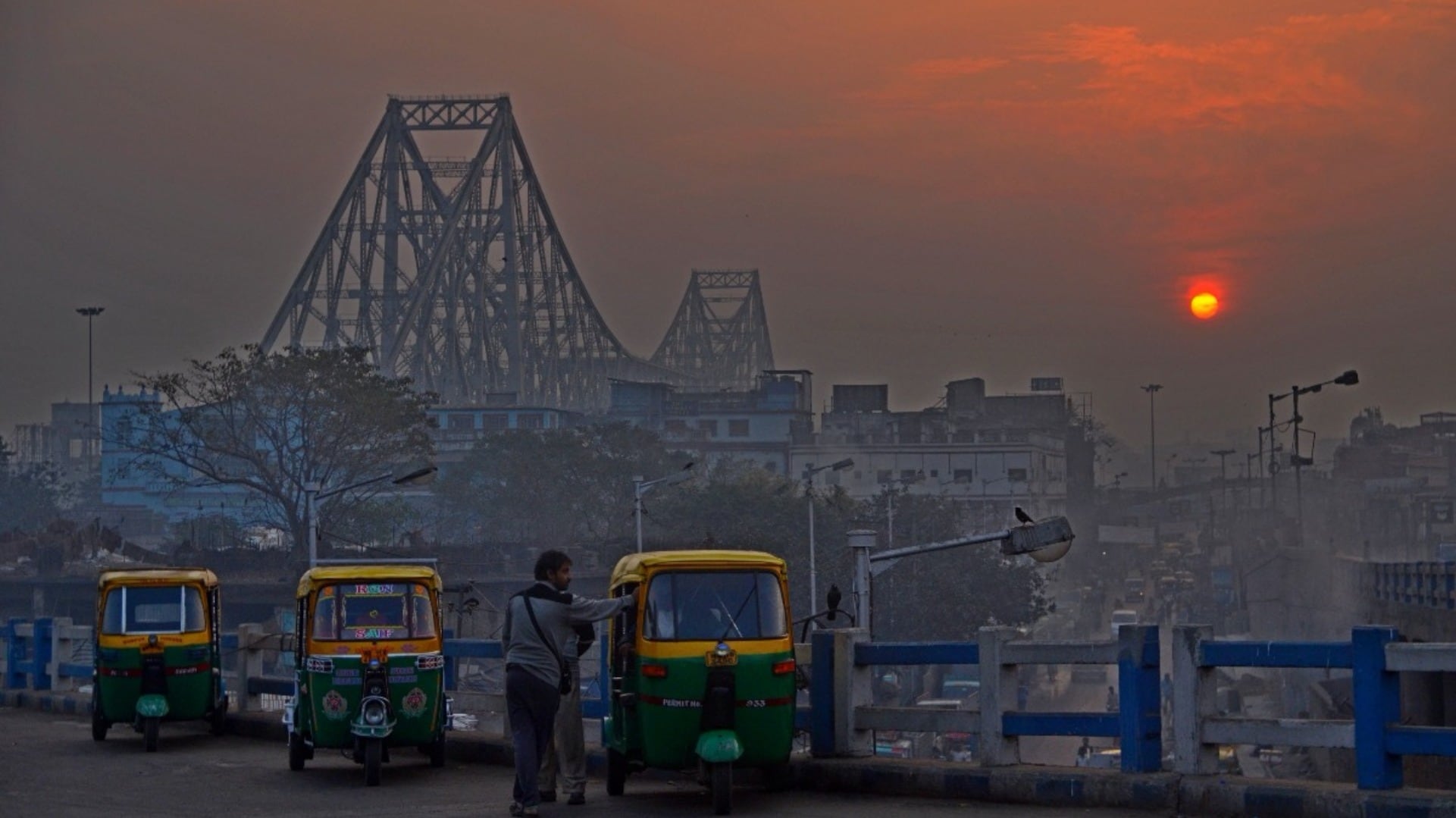 Thousands of loaded carts ply across the Howrah Bridge every day. As another busy working day starts, a worker is spotted clicking selfies in the middle of the decorated Howrah Bridge. 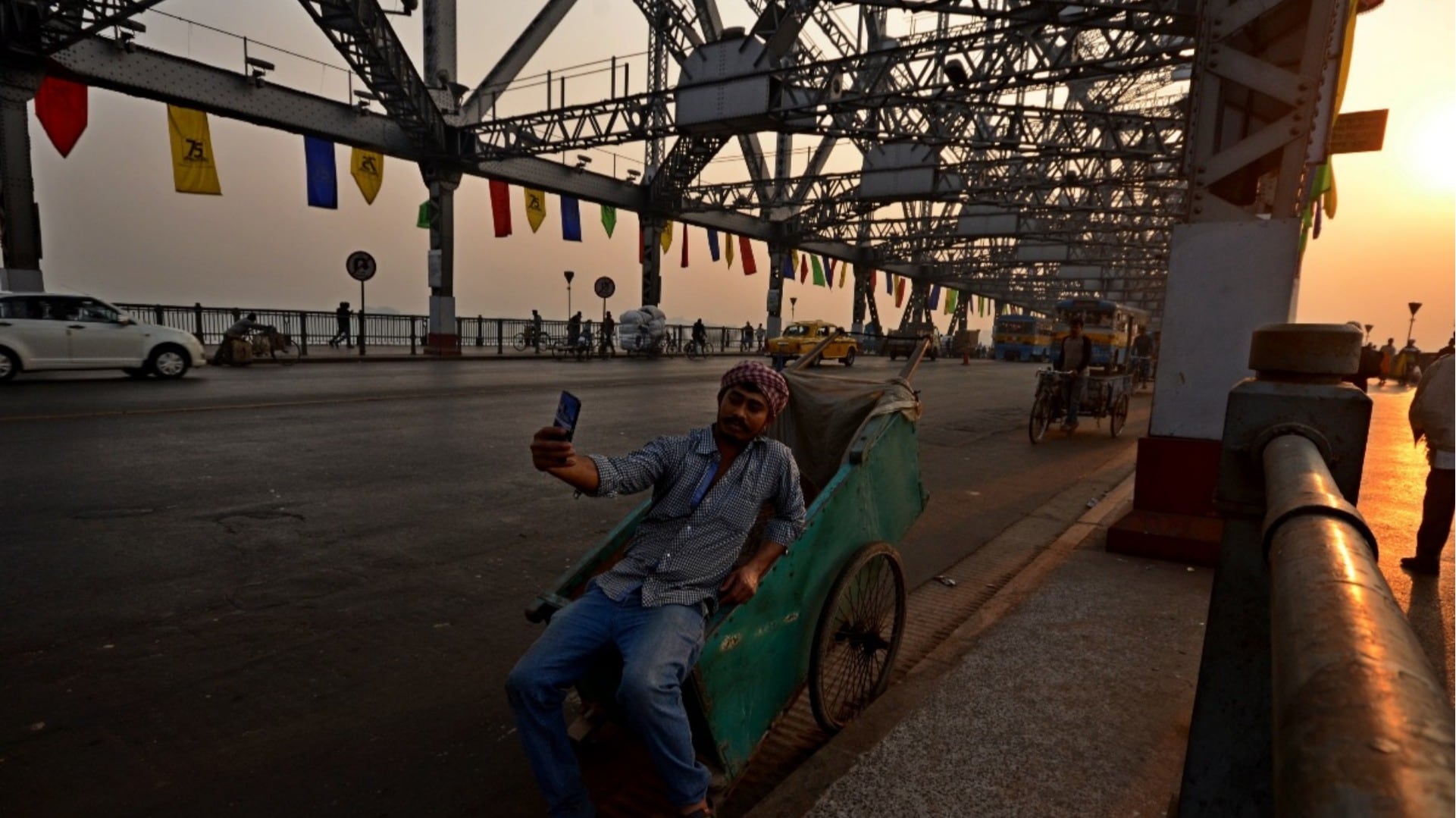 To mark the 75th anniversary of the bridge, the Kolkata Port Trust has announced that there will soon be thousands of LED lights to decorate the bridge. There will be different shades of lights on different days of a week. 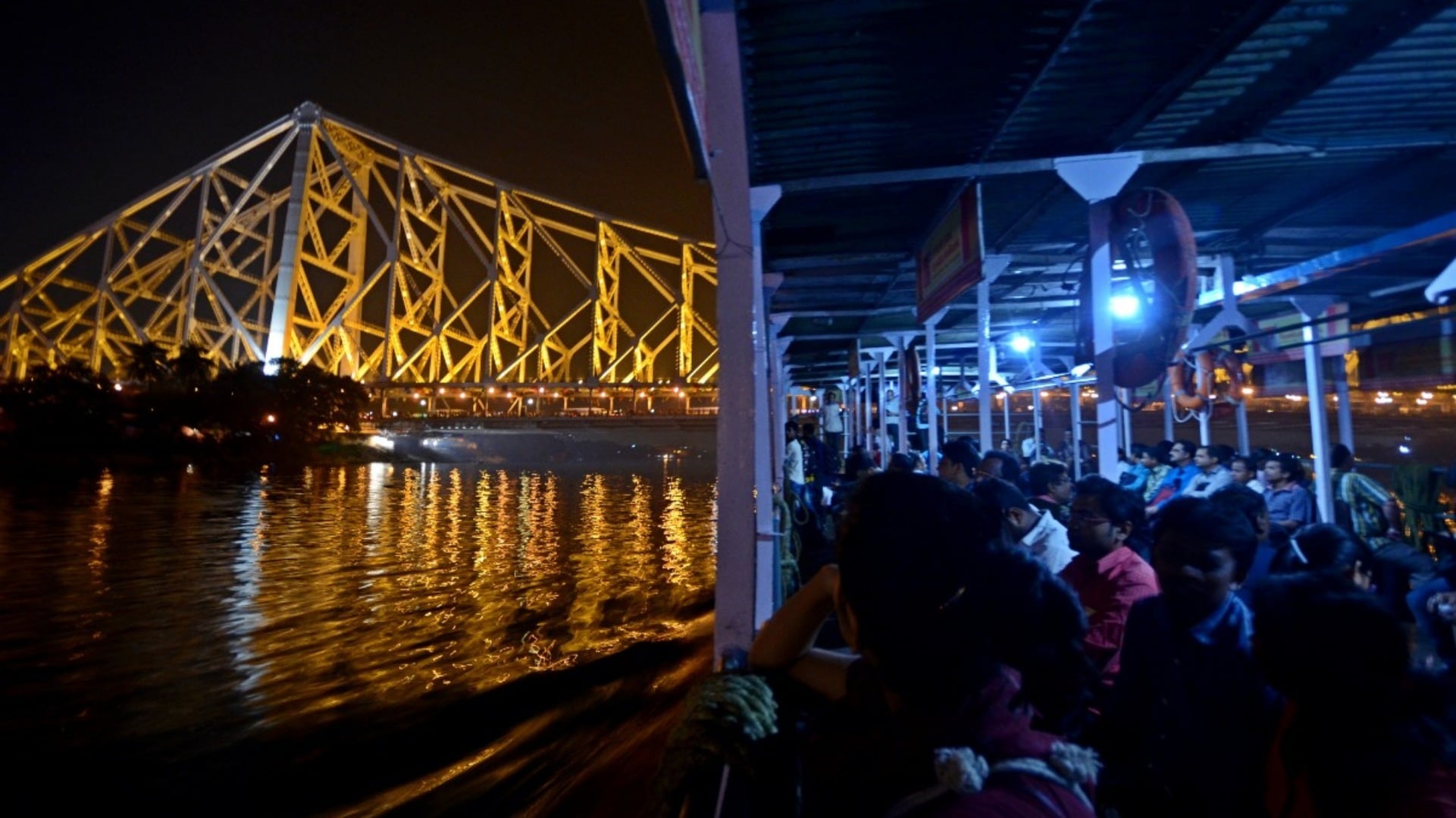 Presently the Howrah Bridge is lit up every day at 6 pm in the evening and the lights are slowly dimmed towards the end of the night. 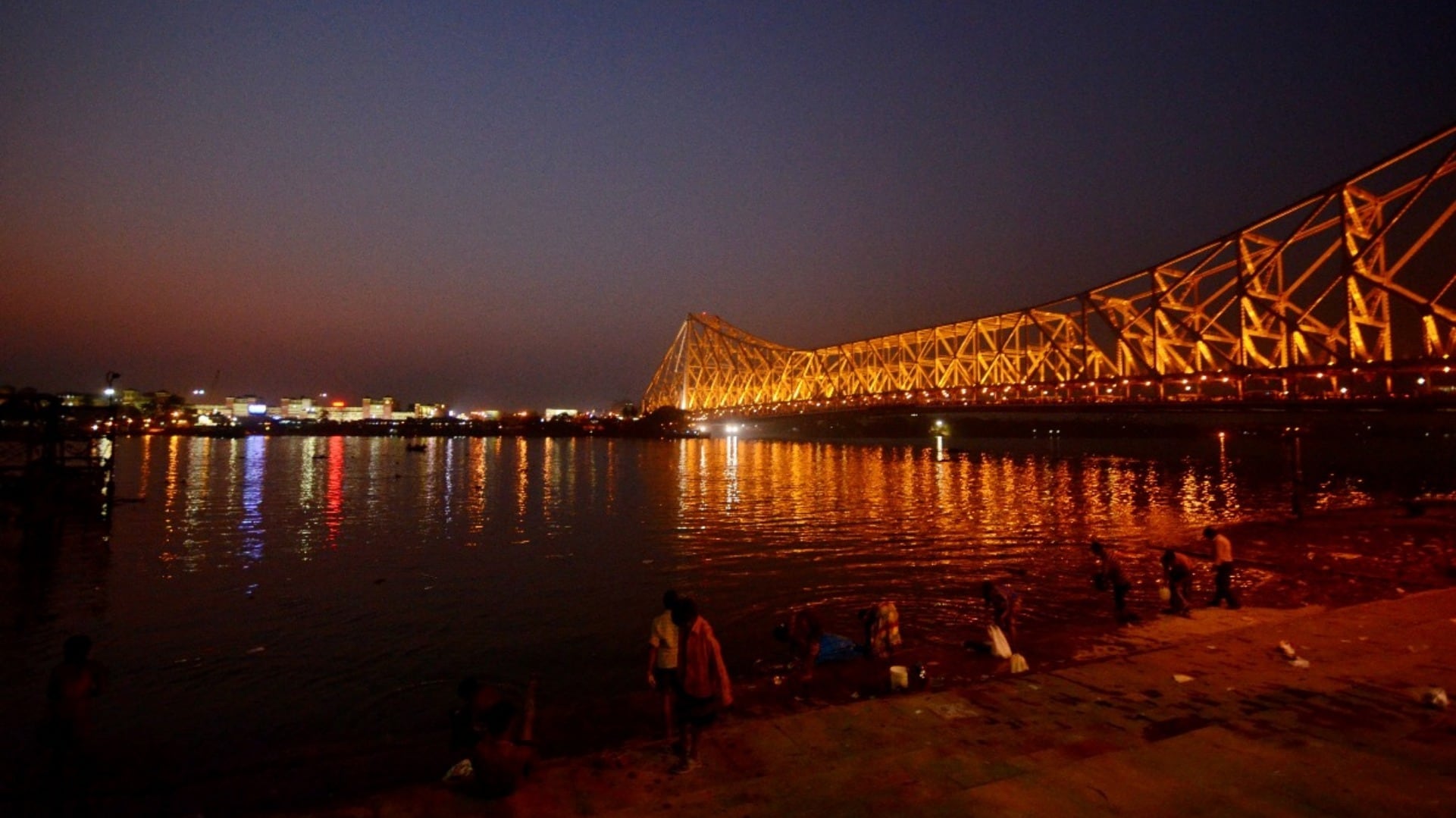 Very few people are aware that during World War II, in 1942, a bomb was dropped on the Howrah Bridge. However, it missed the target. 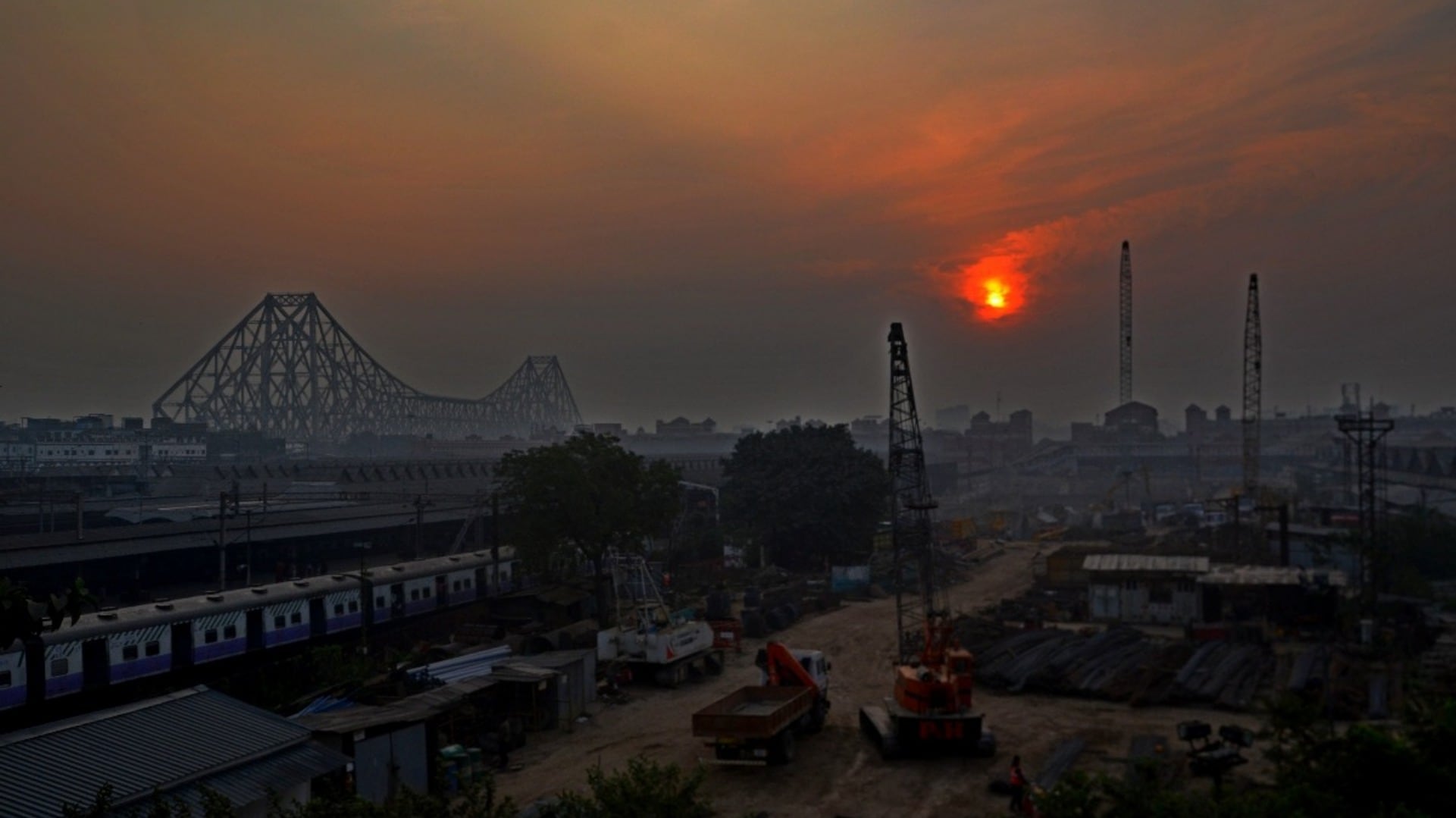 The Howrah Bridge changed the skyline of Kolkata — even as it became an iconic symbol of the City of Joy. 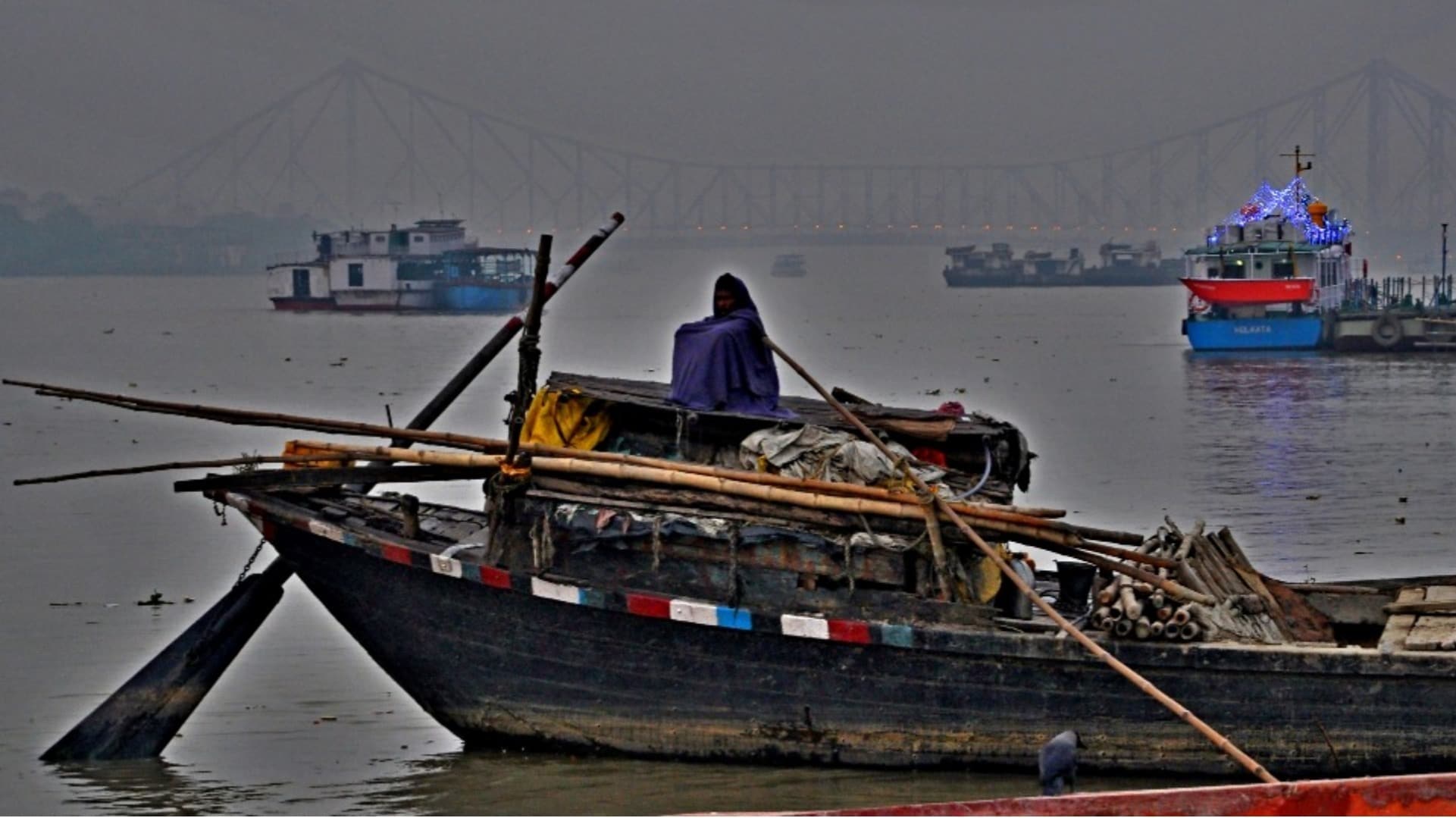