Following the UNCCD COP 14, steps now need to be taken to implement insights 8,000 participants and delegates from almost 200 countries took part in the convention.

Almost 30 decisions were tabled after intense deliberations. Now that the conference is over, and the delegates are back in their countries, it is time to turn the talk into action.

The use of the word “desertification” in the Convention to Combat Desertification gives the impression that this convention is only about deserts. This is not true. The convention is about the sustainable management and restoration of land — which has important implications for water, energy, biodiversity as well as livelihoods.

At this year’s COP, India took over the presidency for the period 2019 to 2022, a development which should be seen as a golden opportunity to bring to the limelight this lesser known Rio convention. By hosting UNCCD COP14, India has become the fourth country in the world along with Argentina, Kenya and Germany to have convened all three COPs under the Rio Convention of 1992. These include the Convention on Biological Diversity (CBD), the United Nations Framework Convention on Climate Change (UNFCCC), and the UNCCD.

One of the most important discussion themes was Land Degradation Neutrality (LDN). LDN can be defined as a situation where the quality of land to support basic ecosystem remains stable or increases overtime. Until now, 122 out of 197 member parties of this convention have committed themselves to LDN targets by 2030. During the COP, India announced its intention to restore 26 million hectares of degraded land by 2030. This includes the 21 million hectares that India has committed to restore under the Bonn Challenge. As per a report by IUCN , India restored 9.8 million hectares of land from 2011 to 2017. This means at a rate of approximately 10 million hectares every five years, the target of 26 million is achievable. But this will only be possible with concrete actions in that direction.

The “who” and “how” of implementation

Answering the “who” question is possible only if the framework design and implementation plan is inclusive. It should involve participation of different types of stakeholders, government, corporates, civil society and local community – including farmers. The decisions at this year's COP came out with innovative ideas for inclusive approaches for the involvement of youth, women, indigenous people and local communities. In designing projects, stakeholders should ensure that there are facilitative structures to support the inclusion of these groups explicitly.

Answering the “how” question could begin by identifying and targeting achievable targets. According to the Land Degradation Atlas prepared by Indian Space Application Centre, during the period 2011 and 2013, almost 96.40 million hectares underwent land degradation equivalent to 29.32 percent of the total geographic area of the country. Rajasthan, Maharashtra, Gujarat, Jammu and Kashmir, Karnataka are the top five states with high land degradation rates. Project designs focusing on these states can help in meeting our target faster.

Dealing with drought, and integrated strategies

Land degradation was not the only thing discussed. The convention tabled decisions on drought management which can be extremely relevant for most member parties if used effectively. A “drought tool box”, discussed at the convention, is an important knowledge product of the convention which gives variety of information on monitoring and early initiative for droughts, vulnerability and risk assessment as well as risk mitigation measures. India and other national government must ensure familiarisation of the valuable information in this tool box among the practitioners of drought management in vulnerable areas. The COP also urged parties to take steps to integrate land use change and land degradation in their institutions responsible for drought management while ensuring drought smart land management.

Another important theme at the COP was exploring options to include LDN in national action plans and overall discussion on implementation of Sustainable Development Goals. There were discussions on the need to assess in an integrated manner the concurrent targets for LDN and the Sustainable Development Goals for water (SDG6), energy (SDG7) and climate action (SDG13). This is important because strategies for restoring land have co-benefits for climate action. For example the use of bio-energy crops or solar panels can help improve degraded areas.

It was reiterated again and again by participants in various formal and informal sessions that understanding these synergies and trade-offs are essential to minimizing implementation costs from multiple sustainability objectives. While this seems like an excellent thing to do, anyone familiar with the administrative structure of India and other developing countries would know that such an integration is much easier said than done. In India for instance, there are different ministries for different sectors with clear demarcation of roles of officials. The Ministry of Agriculture and Farmer’s Welfare, Ministry of Jal Shakti and Ministry of Environment, Forests and Climate Change look at issues under their umbrella of work with limited scope for actual integration.

Rigid divides between roles of ministries and bureaucrats is not a healthy structure for integration work which has a role for all the players. It is high time India considers breaking these barriers. A sustainable structure needs to be created to ensure integration, or at the least, means of cooperation. Without that we can only talk of the importance of integration in our eloquent speeches at conferences like COP, in reality it is unlikely to happen.

The importance of agriculture

The common voice for sustainable agriculture also came out strongly at this year’s COP. 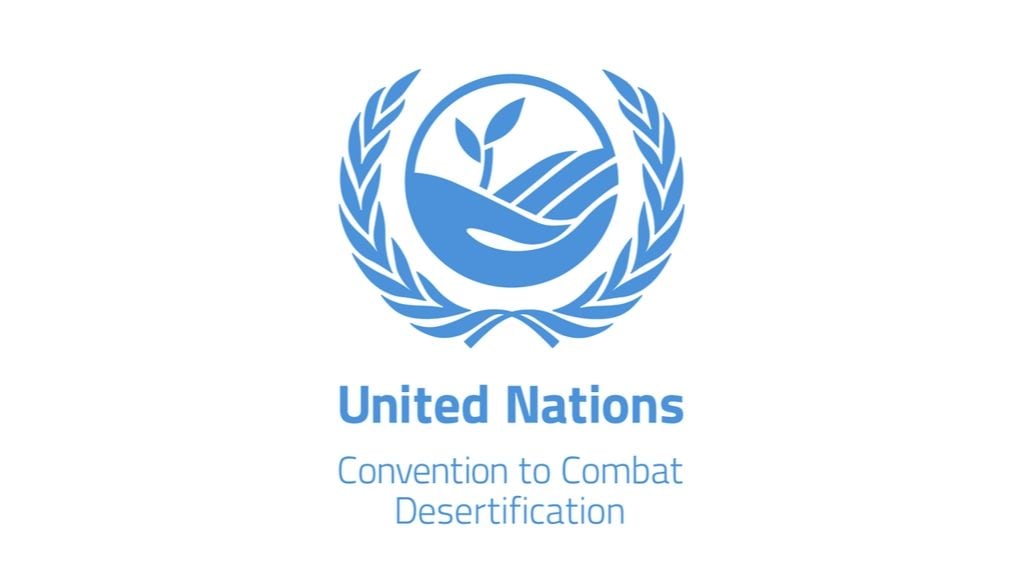 There is great scope for mutual learning here. It is well known that agriculture plays a vital role in India’s economy with almost half of the working population directly depending on it as a principal means of livelihood.

Farmers are the direct beneficiaries of this convention. Agroforestry is a proven approach to reduce land degradation since it promotes managing trees and crops on the same piece of land thereby boosting land productivity and farmer profitability. India has already taken global leadership in this area by becoming the first country in the world to formulate a National Agroforestry policy in 2014. But it can also learn from others. For example the Global Land Outlook released at the COP 13 noted that Tunisia is using wastewater in agroforestry projects for supporting wood production in degraded lands. In the discussions in the interactive dialogue of high level segment of COP14 there was also a segment on boosting sustainable value chains for land-based business where the Deputy Minister of Environment, Science, Technology and Innovation of Ghana stressed the need for actions towards creating innovative, inclusive and ‘entirely’ new value chains. India can use its COP presidency to facilitate technology and financing options for disruptive value chain models.

To wrap things up, to make the way forward from the COP14 as exciting and stimulating as the conference that took place in Delhi last month, it is important that member parties make clear priorities on the way forward from the key decisions of the COP. Proactive steps towards implementation must be taken for the discussions to bear fruit. A fresh momentum is needed in the area of drought, land degradation and desertification through transformative strategies. India can proactively work alongside other member parties to use its leadership position effectively and make its COP Presidency memorable.

Simi Thambi is a technical consultant at the Ministry of Environment, Forests and Climate Change and was a core team member of the UNCCD COP14. Views expressed are those of the author. They do not represent the views of the organisation to which the author belongs.