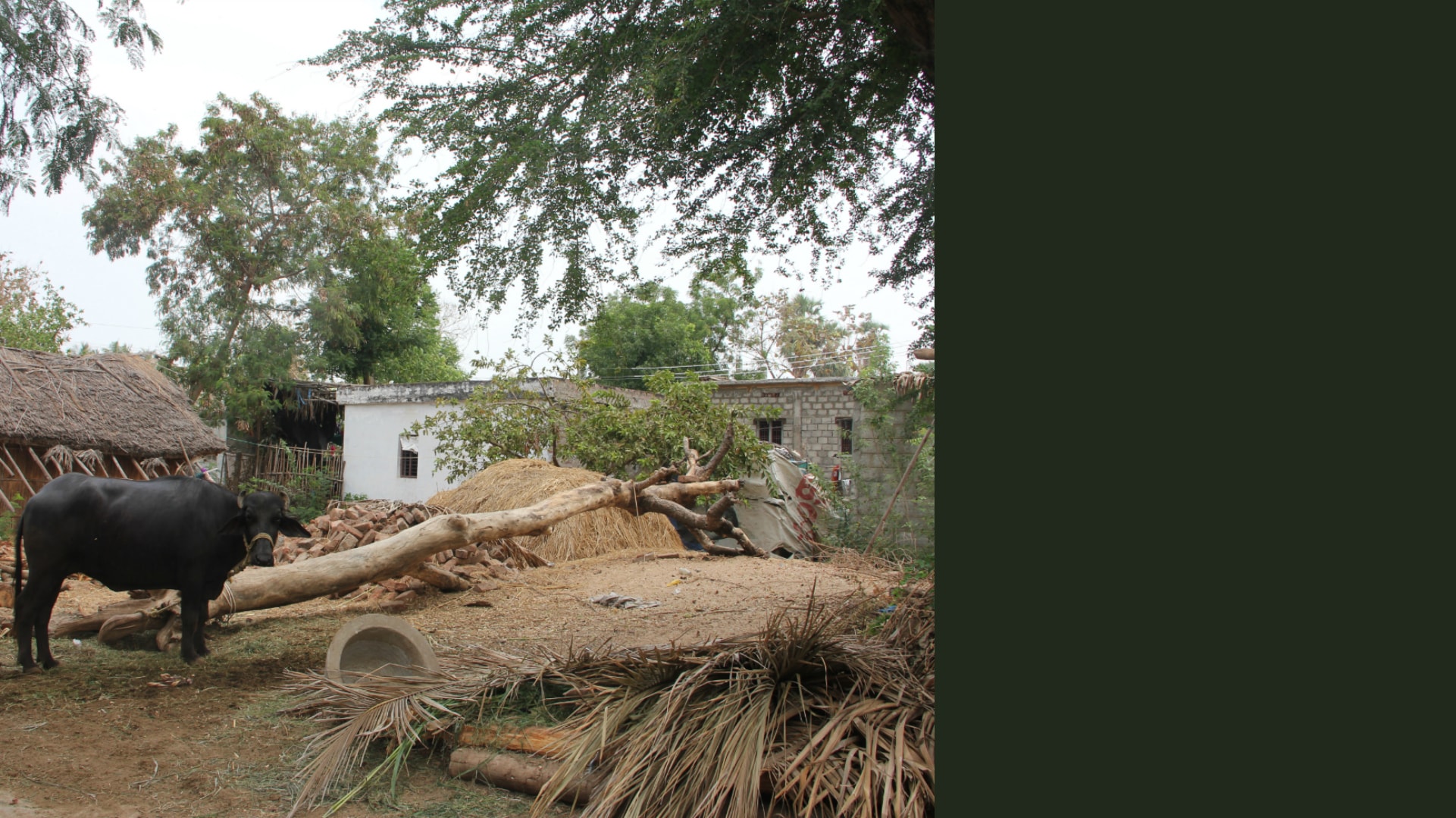 Amaravati 360: Can Andhra Pradesh's new capital be an agrarian city?

May 15, 2017: After the Andhra Pradesh Reorganisation Act, 2014, was passed, the current version of the state came into being on 1 March, 2014. On 28 March, 2014, as per the Section 6 of the Andhra Pradesh Reorganisation Act, an expert committee under the leadership of the late KC Sivaramakrishnan, IAS and senior bureaucrat, who was also the Chairman of the Centre for Policy Research, was appointed by the central government to help select a capital region for the new state. He and his team toured 13 districts in AP and submitted an exhaustive report. They proposed multiple options for the new capital, advising minimum dislocation of existing agricultural systems and resettlement of people and their livelihoods. They also suggested performing an assessment of vulnerability from natural disasters, such as floods and earthquakes. 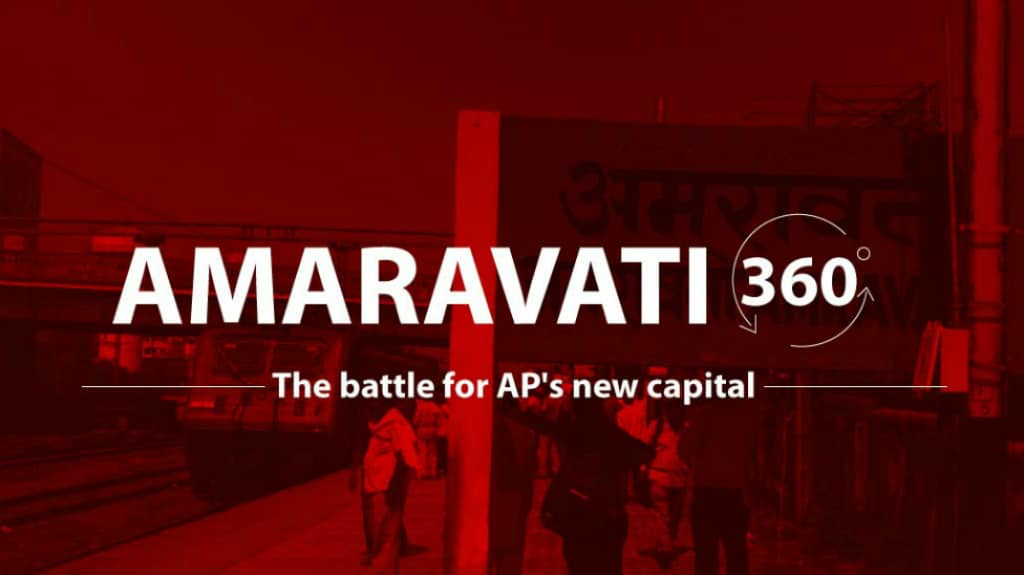 Paying no attention to the recommendations of the expert committee, the Andhra Pradesh government passed the Andhra Pradesh Capital Region Development Act, 2014, and selected the Vijayawada-Guntur-Tenali-Mangaleri (VGTM) area as the capital region. Later in April 2015, two former judges of the AP High court, Justices A Gopala Rao and P Lakshmana Reddy, along with journalist ABK Prasad and advocate C Sadasiva Reddy, filed a PIL asking the AP High Court to declare the CRDA Act as unconstitutional and ultra vires of the Andhra Pradesh Reorganisation Act, 2014. They maintained that as per the Section 6 of the AP Reorganisation Act, the responsibility of identifying the AP capital lies with the Centre. The successor state of AP was not given the choice to identify its new capital area.

The petitioners also pointed out that the Andhra Pradesh government did not attempt to find an alternative location for the capital area instead of the green-fields and flood plains of the river Krishna, which is also a clause in the social impact assessment study. The case is still sub judice in the Andhra Pradesh High Court.

Meanwhile, the temporary secretariat has been built in Velagapudi, a village in the core capital area. A frenzy of construction has come up in the neighbouring regions. Related activities have started damaging the soil of the land. While the National Green Tribunal petitioner, Srimannarayana Pandalaneni is completely against any construction activities in the floodplains and favours, removing the capital away from this region, a majority of the activists and landowners, however, are comparatively less harsh. 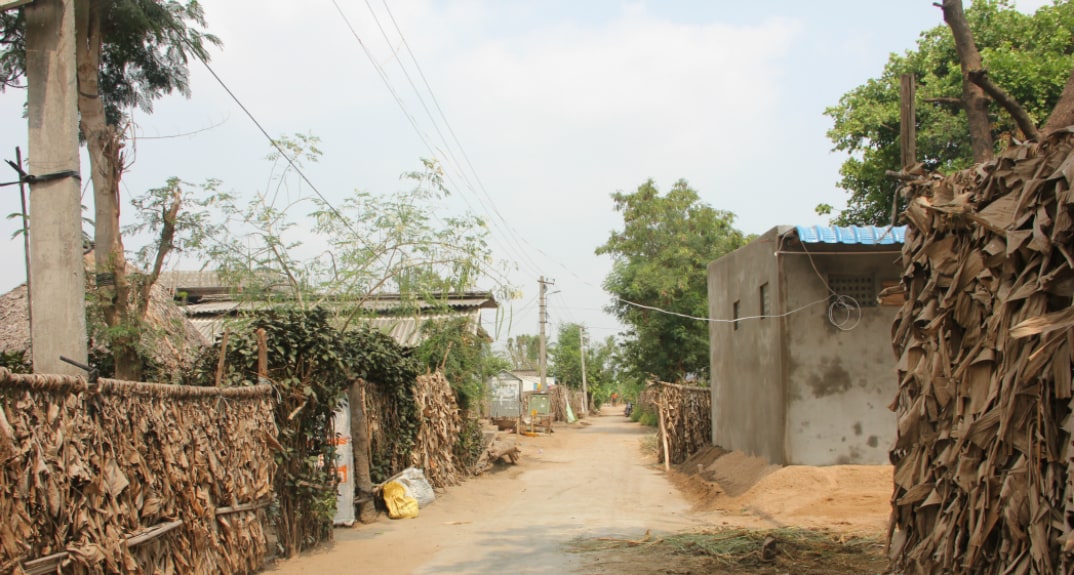 For example, Anumolu Gandhi, who owns large parcels of land in these villages, seems fine with the capital coming up in the identified region. His conditions are – the construction activities and the capital region should be pushed away from the flood plains by 5-6 kms, it should be devoid of any Singaporean connection, and conceptualised as an agro-based one. “Building an agro based capital is possible. Then there is no need for those 2 lakh acres of land. Neither on this side of the river nor on that side of the river. Now, the lands are already destroyed, public minds have been destroyed. Romi Khosla’s concept design is suitable. It needs slight changes to adapt to the region, but it helps development. Destroying the entire land is not correct. Chandrababu Naidu will remain in history for destroying this land and this state,” he says with anguish.

Gandhi refers to a concept plan developed by Romi Khosla, celebrated architect, who has executed extensive Urban Planning and revitalisation projects in the past and who is principal consultant to UNDP, UNOPS, UNESCO and WTO, with inputs from professor Vikram Soni, conservationist and Emeritus professor at Jawaharlal Nehru University and Jamia Millia Islamia, Delhi.

Khosla offers a concept design for a chessboard style natural city with alternating areas of concrete and green farmlands. It talks about a natural capital, a self-sustaining city, which may be built despite maintaining the flood plains. The square city of a total of 225 square kilometre area would have alternating square land tiles of 2 kilometre length each of urban and rural development, concretisation and greenery. In such an integrated setting, the experts calculate, green vegetable production will yield about 40 tonnes per hectare; the total area will also support cattle, at a rate of 20 cows per hectare, in terms of fodder. Other occupations like poultry, bee keeping, animal husbandry and other self employment opportunities can be practiced in the region. This design will lower ambient temperatures, help conserve energy, provide renewable and alternate sources of energy, and lead to a truly original and unique, self sustaining city, observes Dr Vikram Soni and Romi Khosla. 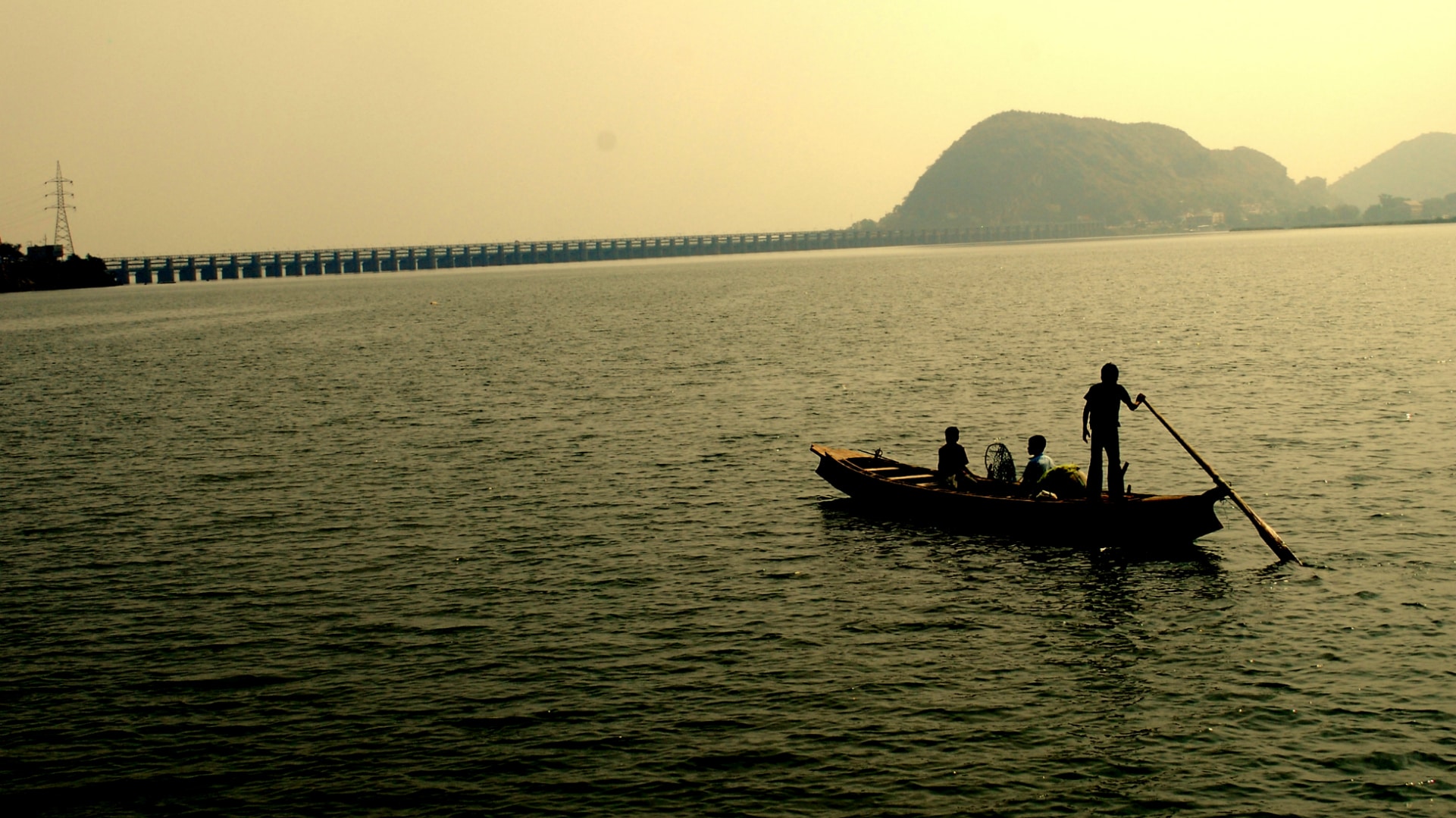 Although this concept looks vague and idealistic, a little stretched from practicality even, it focuses on the protection and safeguarding of the floodplains and natural water tables in the area. This plan heavily relies on Soni’s experimental projects to extract water from the flood plains of the Yamuna to satisfy the water requirements of Delhi.

The duo explain the fundamentals of this approach in a small booklet, which they have shared with all relevant stakeholders including the Andhra Pradesh chief minister and prime minister Narendra Modi. "The floodplain is an extensive aquifer that runs the whole length of the river. The water taken out along the river length of the floodplains will get recharged by all the surrounding floodplains, by gravity. Experiments on local withdrawal of water show that without this extra recharge the groundwater levels would have been lowered by 12 metres. However, it was found that in the floodplains, the groundwater level diminished by only 2 metres. Therefore, for any floodplain, an area many times larger than the local area where the water is being pulled out recharges it,” explains the booklet.

Naming their visualisation as the Amaravati Natural City, the experts go on to explain that since the city will be located along a stretch of 18-20 kilometres along the river, the self sustaining water supply for its one million population can be ensured by leaving an average of 2.5 kilometre-wide natural floodplain on both sides of the river. Khosla's design talks about a natural capital, a self-sustaining city, which may be built despite maintaining the flood plains.

Iftikhar-mulk Chishti, architect, urbanist, and convenor of Design X Design and former professor, School of Planning and Architecture, New Delhi, had earlier observed looking at the concept design of the Amaravathi Complex presented by Norman Foster and his associates, “The most important morphological decision in the concept is that of the monumental though free flowing central green with its accompanying water bodies in the middle of the development that befits its scale and size. However, the correctness of the scale of the open spaces other than this one is yet to be demonstrated.” He also said, “Cities don't get made every day. Therefore the present design concept, despite its many achievements will have to evolve sufficiently beyond this point to meet up with the expectations of people of Andhra Pradesh, India and the world at large.” These points probably stand valid for any such design and concept development.

Chishti’s words resonate with what the United Nations Industrial Development Organisation’s (UNIDO) consultant on solar energy and advanced material, MRLN Murthy had said to The Hindu in 2015 about the building of Amaravati capital city. He had indicated that it’s a great opportunity for Andhra Pradesh to become number one in solar energy not only in the country, but also in the world by utilising Building-Integrated Photovoltaics (BIPV). A material scientist and an international authority on silicon production, he had said: “It is not possible to change the direction of existing building, but new buildings could be constructed as per the requirements.”

It’s not only the experts but also the common people who feel this way. Building a new capital city throws up so much scope for imbibing technological developments, cutting edge scientific findings, and experimental headways. For encompassing these fundamentals and for founding a truly great, world class capital in today’s age, there is a need to rise up over petty interests, politics behind land dealings, and adopt a generous, rather magnanimous, inclusive, and all permeating vision in the first place. That, and only that, will prove the greatness and immortality of the founding persona behind Amaravati.