The American photographer Paul Strand once said, "Your photography is a record of your living, for anyone who really sees." In the world of smartphone cameras, Instagram, and numerous filters and apps, it seems odd to think of a time when photography was a rare and exclusive form. But this was exactly the case just 70 years ago, at the time that India was close to achieving independence from the British.

While photojournalists and photographers proliferate today, there were only a handful of them back in the 1940s. Among them was Kulwant Roy, whose works were nearly lost in oblivion until photographer Aditya Arya brought them back into public consciousness. Arya's archiving of Roy's works opened up a window into the past, offering insights into not only Roy the photographer, but also into Indian photojournalism and the country's collective history as well. Arya and Roy's association goes back to the early 1980s; Arya, then in his 20s, was given packets of old photographs by Roy. From packets, Roy finally progressed to giving Arya a box containing more than 2,000 photographs, negatives, letters etc. But until 2007-08, Arya had no idea of the true value of the treasure trove he had been gifted.

"The last big (batch) from Roy arrived in 1984 because he passed away soon after," says Arya. "I didn't have an idea as to how important this could be. I was young — in my 20s — and one doesn't realise these things. Later, I began to search for where else these (photos) might be available, and found the answer was 'nowhere'."

"Right from the '70s till the time he died, Roy used to visit us regularly. He would tell us about his encounters with famous personalities; no one took it seriously. Now when I look back, (I feel) one should have recorded those conversations with him — his moments with Gandhi, attending these historic meetings," recalls Arya. Kulwant Roy was born in 1914 in the village of Bagli Kalan, Ludhiana district. He learnt photography from Raj Gopal, who ran a studio in Lahore. Gopal was one of Arya's great grand-uncles from the maternal side. After Partition when they moved from Lahore to India, Roy kept in touch and visited them often. Arya, born in the '60s, also aspired to become a photographer, albeit in the commercial advertising sector.

"I was 17 when I decided to become a photographer," says Arya, recounting too that Roy wasn't too keen on his young friend taking up photography as a profession. "He (Roy) would always tell me, ‘Study study, forget all this. It an excellent hobby to have.' He was very against (my taking up photography as a profession) because his last few years were not very happy; he died a broken man. He never married, never had a family; there was no money in photojournalism. Since he knew only one genre of photography and that’s photojournalism, he could never understand what I wanted to be, which was advertising. In the '80s there was little advertising so he had no idea what I was up to. I started working in 1980, so he saw the initial years of my career. He probably gifted me that box of photographs seeing my sincerity. He was convinced that I was committed." Roy also worked in the Royal Indian Air Force for some time. He was posted as an aerial photographer at Quetta in the Balochistan province of Pakistan. Roy was staunchly anti-British and would often get into trouble due t his stance. Finally, in 1943-44 Roy was court-martialed and dismissed from the force. Arya recollects a funny story that led to Roy's termination: "You see, in those days, Indians were not allowed to use a swimming pool from Monday through Saturday. They could use it only on Sundays as every Monday morning they would change the water. So, on a Monday morning, he took all his fellow officers with him and they crapped in the pool, as a mark of protest!"

Those were also the days when resources were scarce; photography too was an arduous task and hence there were very few photographers. "For a photographer to survive he has to sell his photographs, but there were hardly any publications at the time. There was Tribune and couple of other newspapers so the scope for selling photos was very limited. That’s why this genre of journalism was very limited," says Arya. But 'necessity is the mother of invention' and in order to function in this resource crises, the photographers of those days, including Roy, devised techniques (what we now term as 'jugaad') and found a way to make do with the bare minimum. At the same time, these self-taught photographers had achieved an uncanny degree of precision in regards to getting their picture right in just one frame. Arya explains, "These guys were really poor. They only made money in the '50s and the '60s, during the 40s they were literally living hand-to-mouth. They worked in a tremendous resource crunch, it was difficult to avail of things. Film was in short supply. Since Roy was in the Air Force, his friends would smuggle over-sized film and he would cut it to suit his camera and shoot pictures. They never had the luxury of shooting 5-10 frames, they would often shoot only one picture. They couldn’t afford anything more than one. Going through his archives I found many single images, and it was during interviews (with veteran photographers who were Roy's contemporaries) that I came to know that they shot only one frame." 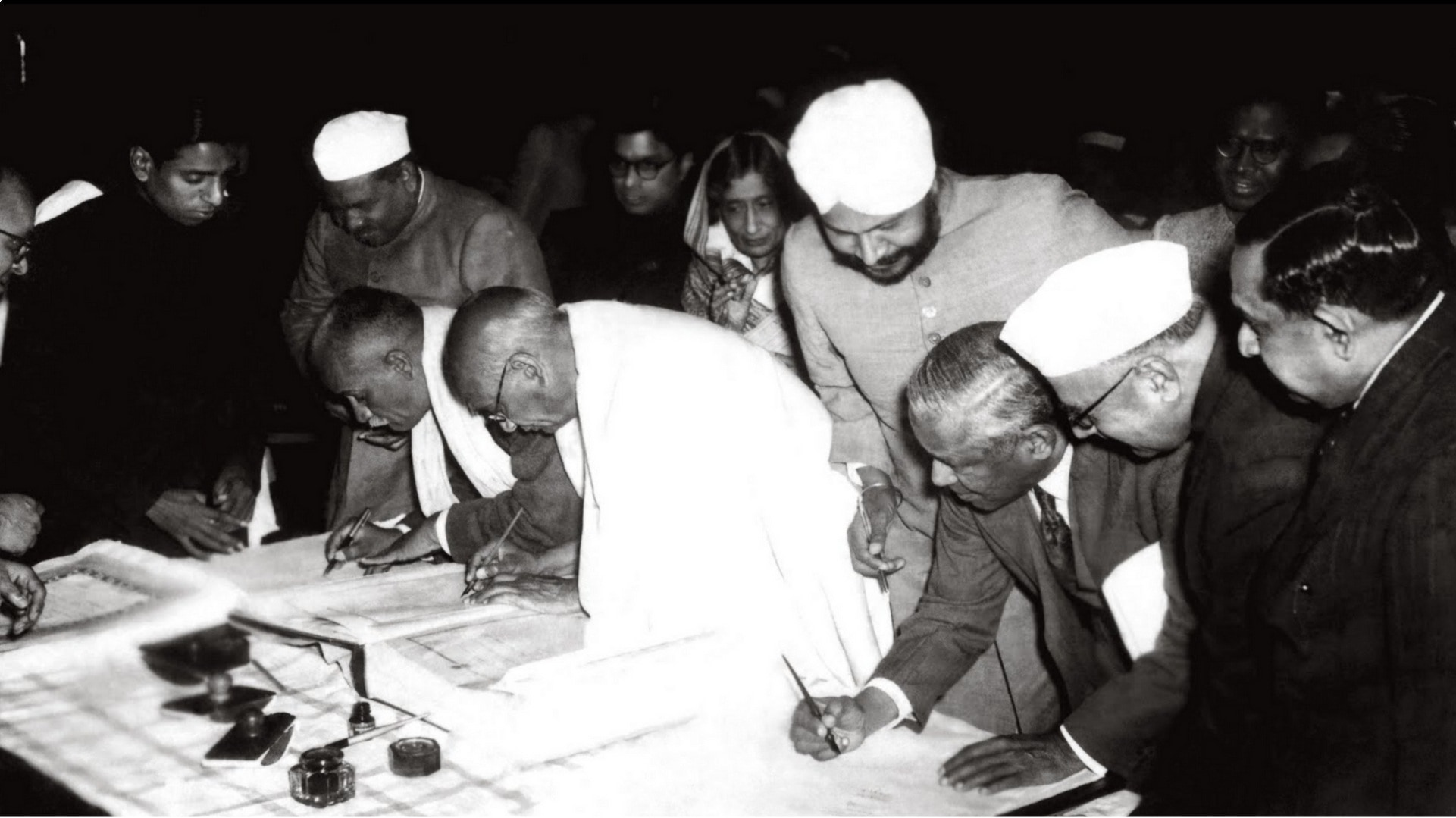 Recognition knocked on Kulwant Roy's door during the '60s. In the year 1958, he went on a world tour, covering 40 countries. He returned in 1962 with a more worldly perspective of photography as well as knowledge of the technical advancements in the field. He had two cameras — a Mamiya flex and a Leica M3 — which, Arya says, was the equivalent of possessing a Rolls Royce. Roy also began working for a lot of foreign magazines like Stern, which paid him good money. He sold his pictures to newspapers. Some of his photographs were even shortlisted and exhibited in the coveted World Press Photo forum. 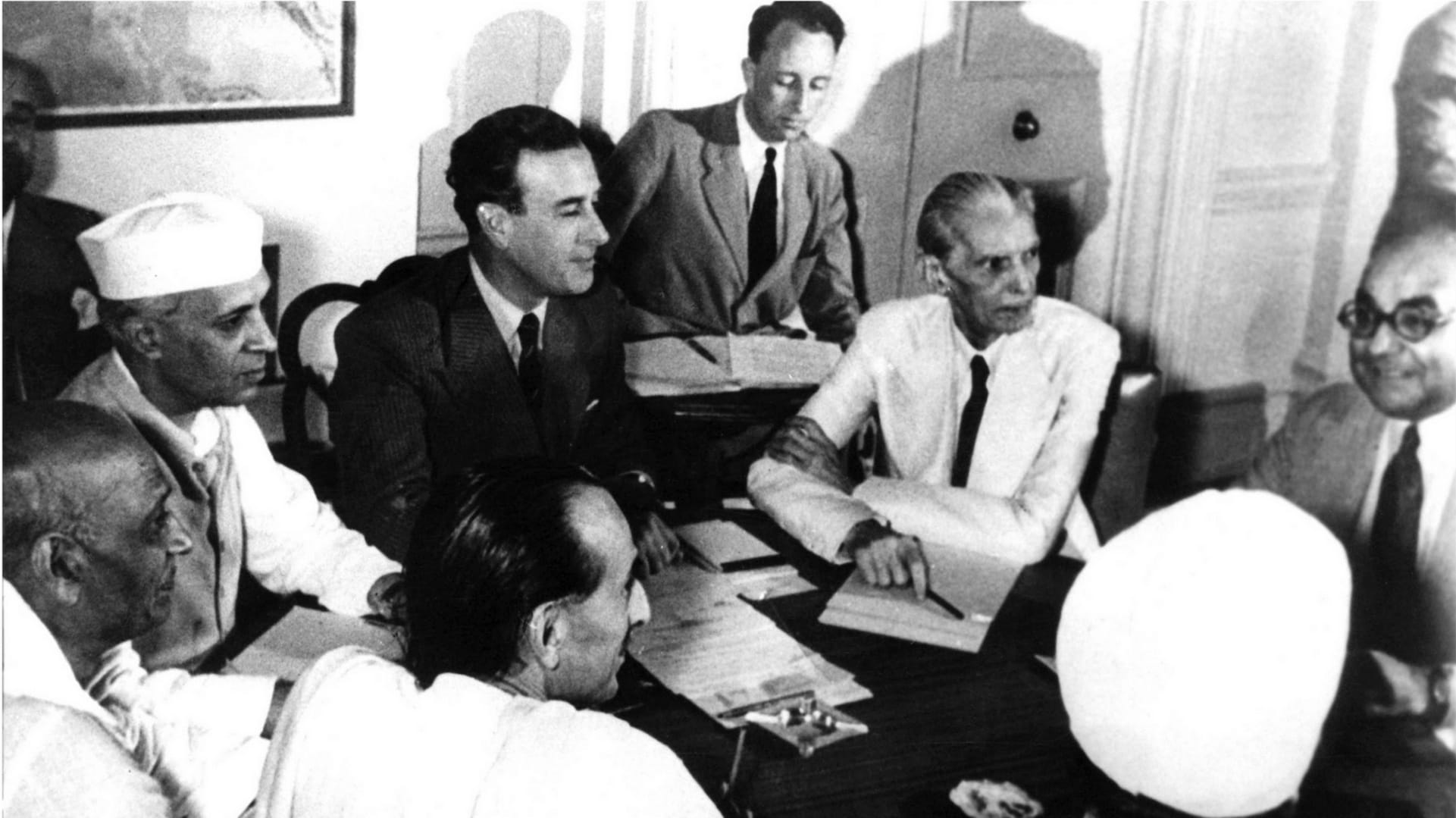 At the turn of the decade, both Roy's health and his career took a downturn. He stopped working in the '70s. His photos from the world tour were stolen. He was diagnosed with Leukemia. Many of his friends and colleagues had already died. Moreover, he didn't have much of a family — just a few distant cousins who he never really met. To use photographic parlance, things for Roy seemed to go out of focus.

"He lost his stuff over time, he also never cared to look after his things. I would blame it on him, he was never the pushy kind and never tried to sell/market his work. He was happy making what he was making. His attitude was not driven by the idea of money. Those days the photographers used to work in a different way. If someone would go for a shoot and someone else wouldn't, the latter would ask for an extra negative of the pictures the former shot and that was absolutely fine, despite working for different publications. You see, there was no competition at all. They didn’t take pride in their work or have that killer instinct of marketing," Arya says. Kulwant Roy passed away in 1984, but over his career, he shot numerous photos of the heroes of the Indian freedom struggle movement, be it Mahatma Gandhi, Jawaharlal Nehru, Sardar Patel. His camera captured some these leaders from close proximity, while they formulated the course of a new India. Noted photographer Pablo Bartholomew remarks on the same and says, "[His images] show the proximity of the leaders to the people...and how close photographers could get to their leaders in those days."

Arya explains, "One must remember that there were very few photographers in those days. The relationship was very symbiotic. In the '30s and '40s, the freedom fighters needed the photographers as much as photographers needed them. People like Nehru and other leaders maintained a kind of personal equation with these photojournalists. Nehru would often ask them, 'Didn't see you for a long time, is everything okay?’ He would ask the same for somebody else. Even after many days, he would still follow up. That kind of relationship doesn't and can't exist today." "Roy would often tell us how Gandhiji would always demand money from them. Gandhi would say, 'All of you will make money out of this [the photographs], so you please donate some for my Harijan Fund and the Freedom Fund. So he used to always demand money from them. The photographers would also be happy and willingly agree. It was like a joke within them — 'Bapu ne ek aana mangna hi mangna hai. Unke liye ek aana rakha ki nahi? (Bapu will definitely ask for a pence. Did we keep one for him or not?') Of course, it was all in humour, there was no malice."

This proximity with Gandhi also influenced Roy and he became a Gandhian, right until his final days. He left money for the daughters of each of his friends as he believed the girls in a family must be educated and settle down well. Roy's legacy finally saw the light of the day when Aditya Arya opened the long-ago bequeathed box. Arya knew he had to do something with those pictures, and began to build a comprehensive archive of them. "I believe everything happens at the right time and place. The technology has arrived to preserve the images. We can now digitise and preserve them, which wasn't possible earlier. That has made a great difference," he says.

A collaboration with Google means these photos can be widely seen and appreciated, which Arya feels happy about. "The photographs are markers of time, these are visual histories of nation, society which need to be seen and shared. One needs to preserve them, archive them and share them," he says. "There is a clear process when one goes about archiving: Sorting, obtaining information, restoration and preservation, digitisation and lastly dissemination of the restored archive. In 2008, we spent five years day and night digitising a major chunk of Roy's work. The Google collaboration will get all those pictures online and there will be more people to see and experience his legacy." Gandhi and Mahadev Desai with Khan Abdul Ghaffar Khan at Utmanzai in 1938. Photo by Kulwant Roy

Gandhi emerging from the third-class compartment of a train. Photo by Kulwant Roy

The signing of the Constitution of India. Photo by Kulwant Roy

Meeting of the Viceroy with the Indian leaders on 3 June 1947. Photo by Kulwant Roy

Mountbatten at Rajghat during his last visit to India, after paying homage to Mahatma Gandhi. Photo by Kulwant Roy