Still a new platform, which Gupta finally got around to launching in light of the coronavirus outbreak-related lockdown, this incredible variety of posts on MTT is reflective of her aim of introducing Indian language poetry to young readers. (The emphasis on a younger audience is “because I realised that’s when you form your attitude toward languages,” as Gupta explains.) 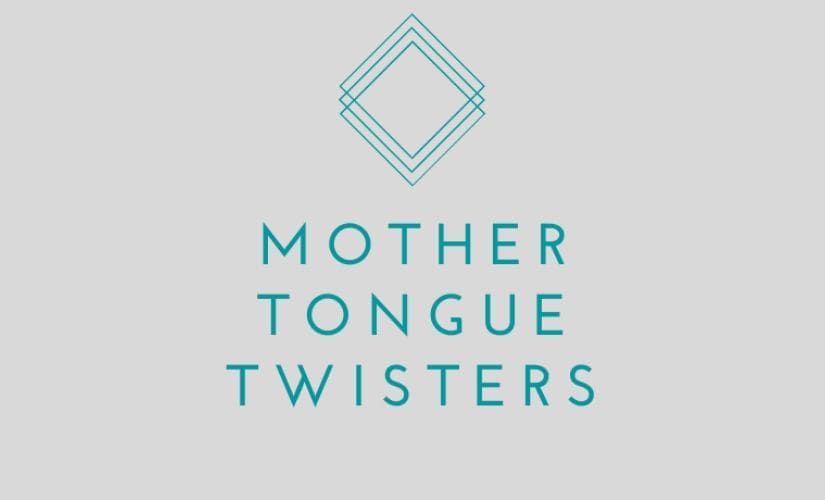 Mother Tongue Twisters aims to weave stories and sounds from the Indian collective conscience, drawing from the heterogeneity of the multi-layered ‘Indian experience’.

In as much as poetry is a great way to connect with people, it’s also a means through which readers form associations with the language itself. “If the poetry you’re taught in your own language is too patriotic or serious or moralistic, then you start associating these things with language,” says Gupta. For this reason, her personal writing focuses on more familiar topics, like childhood memories.

One example is her poem Rhyming-Rolling Rice which talks about how parents roll rice into little balls to feed their children. With the feedback she received, Gupta understood that this was a memory many people had. "I realised this was a memory people can relate with, so why not give them poetry about those, instead of flowers like daffodils that we may never see in our lives?"

This familiarity is also something she encourages on MTT. “The idea is to remind them of these things, [induce] some nostalgia, which I think is a positive thing to think about at this time,” she says, about the coronavirus outbreak and the uncertainty it brings. On her platform, Gupta is collecting three types of content: One, original poetry, hopefully written in one’s mother tongue for children; two, translating something into one’s own mother tongue (a unique challenge for some, since often translations happen from ones’ mother tongue, not into); and three, a curated collection of childhood memories, including poems, rhymes, songs, tongue twisters and more, where she’s essentially documenting the country’s oral history.

She’s also organising Translation Thursdays — virtual meet-ups for translation enthusiasts where people can discuss their favourite poems in translation and share their own translations. “It’s to increase awareness around translated works and push people to start writing in or translating into their own languages,” she says. As editor and translator Mini Krishnan writes in Translating Bharat, Reading India "Worldwide, the practice is to translate into one’s mother-tongue. Indians are unique in that they have reversed the norm and are, when they translate into English, jumping a wall facing away from it." 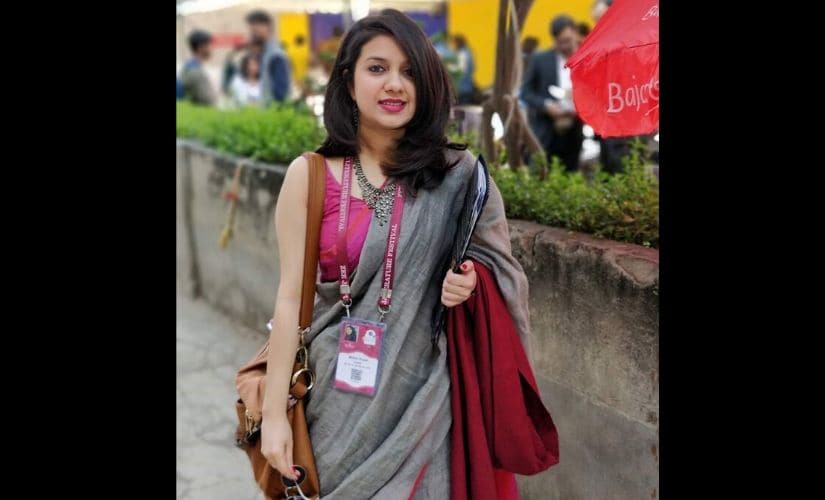 Gupta, a Charles Wallace India Trust — Literature Across Frontiers Writer-Translator Fellow, struck upon the idea of the platform while in Wales for the Fellowship in 2017 while attempting to write poetry in her own mother tongue for the first time, and during her interaction with school children across Wales. Growing up, the poems she studied weren’t familiar, having a largely Western context. “For a postcolonial country that’s a very normal thing to go through. But then I realised that there’s a need to create content which is more contemporary and relevant to young people today. And I thought why just in English, why not in Indian languages as well?” she says. It was with this in mind that she conceptualised MTT, to encourage a deeper connection not only with one’s own mother tongue, but also with other languages, which even if one doesn’t understand, can enjoy listening to, and reference her accompanying text.

With MTT, Gupta’s aim is to challenge certain long held stereotypes about languages rampant in the country’s collective consciousness, introducing young audiences to alternate ideas about it. “You have these associations with certain dialects or languages, mostly from Bollywood,” she says. Bhojpuri, for instance, is often understood as a coarse language. However, on her platform she’s posted a delightfully sweet, gentle Bhojpuri folk lullaby, bringing to the fore this side of the language.

#DailyMotherTongueTwister Today's rhyme comes to us curated, translated and recited by @anusinghc5431 - listen to this lovely folk lullaby in Bhojpuri and make your quarantine happier <3 #YoungReaders #IndianLanguages #Bhojpuri #Lullaby #ChildrensLiterature

Since the politics of language is something Gupta also has an academic interest in, she recognises that a big challenge is the stereotype people hold about English being a superior language, especially given the language’s two-pronged position.

On the one hand, English serves as an aspirational language, providing class equality in some sense – in 2010, the Dalit residents of Banka village in Uttar Pradesh even created a temple dedicated to the English language, the Angrezi Devi temple, recognising the vast opportunity the language has afforded. On the other hand, English sometimes takes over Indian languages, leading to a sense of shame or embarrassment about speaking one’s mother tongue.

“I think it’s really sad when people feel ashamed of their languages,” says Gupta. Popular culture also peddles this belief, through creating humour at the expense of incorrect English grammar or pronunciation. “You grow up feeling like you need to make fun of people who can’t speak English a certain way. And it’s very class related, very rooted in these social hierarchies,” she says. 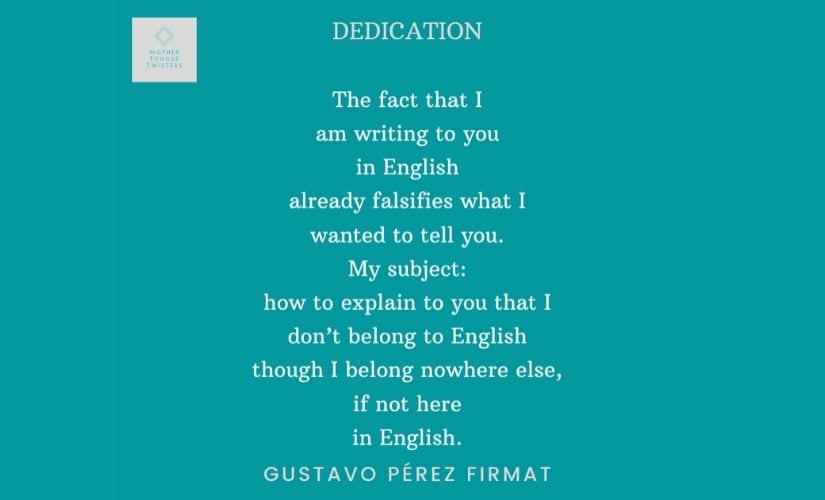 The most important thing for Gupta is creating within audiences the consciousness to question this mental hierarchy within which English sits at the top. “As long as we try to question this inferiority complex we have with English, and start feeling like it’s not about a hierarchy, I think that itself is a first step,” she says. English certainly is an Indian language today, considering it’s malleable enough that we can make it our own, and while there’s no denying its positive impact, it’s also important to have a balance in our heads, embracing our bilingualism or multilingualism more. “I think something we can personally do is to engage meaningfully with our own mother tongue,” she says.

While focusing on one’s language helps with the stereotype around English’s superiority, focusing, through translations, on other languages, also goes a long way in breaking stereotypes around other languages. “The focus is as much on the translation aspect as it is on just enjoying different mother tongues,” she adds about MTT.

Even as a larger change in the conversation around, and education of, languages is a long-term process, initiatives like Gupta’s offer an engaging way of influencing attitudes toward languages from a young age. “What I would like to do with this platform is actually see it engaging educationists and parents,” she says. And given the number of children homeschooling at the moment because of the lockdown, this seems a ripe time to start moulding young audiences’ perceptions about languages.