Chennai: Adding a new dimension to her battle in securing her community's rights, a well known transgender and activist is making her electoral debut in the April 27 Lok Sabha polls in Tamil Nadu. Activist Kalki Subramaniam, a writer and an actor, would contest from Pollachi, her home town, as an independent.

The transgender recently announced her decision to contest from Villupuram constituency, but since it was a reserved seats, she has opted for Pollachi in Coimbatore District. "Pollachi is my hometown and I know most of the places in my area which needs to be developed", she told PTI. 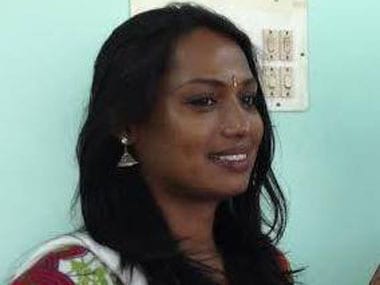 Subramaniam, who holds a double masters degree in International Relations and Mass Communication, is likely to be one of the few candidates to contest the Parliament elections representing the transgender community. Founder of non-governmental organisation Sahodari Foundation, Subramaniam said she was not happy with any political party and hence was contesting as an independent.

"My role models are (late Prime Minister) Indira Gandhi, (Tamil Nadu Chief Minister) J Jayalalithaa madam. I will contest independently. I have got 10 years of experience as a social activist and people know me through the work I have undertaken. That will help me to win the polls", she said.

Asked about the issues she would be focusing during her campaign, she said Pollachi region was known for agriculture. But today, most of the land had been taken over by real estate developers leaving most of the farmers jobless. "I want to work for the farmers and for the  marginalised section of the people. Second, there is no job creation for the people. I will strive for their welfare", she said.

Asked why she did not join a political party and rather preferred to contest as an "independent candidate", she said, "unlike other political parties, I don't have men and muscle power. Knowledge and courage are my power." She said she would file her nomination on April 4 and begin campaigning from that day itself.