The Stories in My Life: Reading RK Narayan's timeless reflections on history and discarded leaders in 'Lawley Road'

When RK Narayan invented Malgudi, he embodied an imaginary small town with qualities that proved to be representative of the generic Indian small town. And any writer whose inspirational resource was the Indian small town could discover connections and commonalities with Narayan’s quintessential psychosocial map.

The Narayan story I love best – Lawley Road – is narrated by the local Talkative Man, an obvious drawing upon a Wodehouse device. Small towns could afford to have Talkative Men. There was time to talk and time to listen. In Malgudi, storytelling was a social, not an interior business. Before an intimate circle of friends anecdotes were spiced up, local characters mimicked with a wicked tweak of exaggeration, voices parodied, ever multiplying variations of the same story tried out. Malgudi is also the site where a lot of heroics get deflated, gravitas tempered, mighty issues toned down, high seriousness flattened and all capitalised abstractions reduced to lower case.

This is what happens in Lawley Road, one of the finest comic allegories about shifting perspectives in history. The little bustling freelance journalist who puffs out his chest and measures out, with a tape measure, ten inches of news about municipal affairs, is a terrific piece of self-parody. Especially when ‘for many years people were not aware of the existence of a Municipality in Malgudi.’ 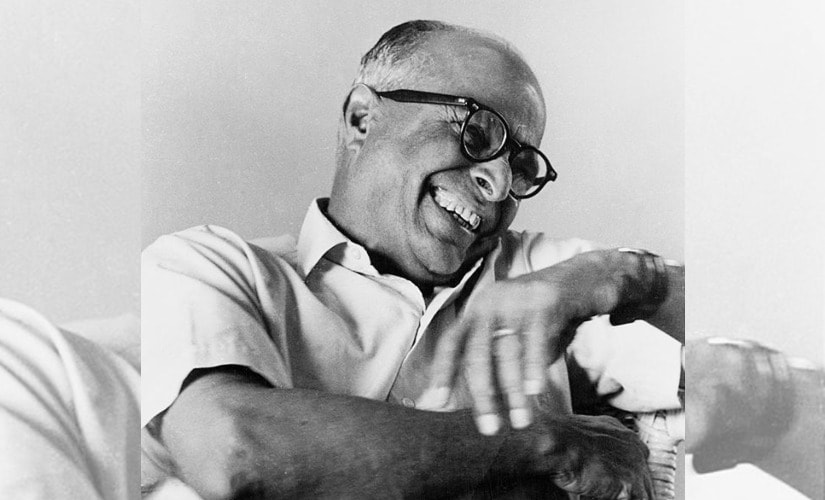 Any writer whose inspirational resource was the Indian small town could discover connections and commonalities with RK Narayan’s quintessential psychosocial map. Facebook/RKNarayanthewriter

Not that anyone suffered for it, Narayan hilariously declares, for ‘the town was none the worse for it. Diseases, if they started, ran their course and disappeared, for even diseases must end someday. Dust and rubbish were blown away by the wind out of sight; drains ebbed and flowed and generally looked after themselves.’ But suddenly Malgudi crashes into History with a capital ‘H’. In his endearingly literal, dead-pan voice Narayan amplifies the narrative audio: ‘The Municipality kept itself in the background, and remained so till the country got its independence on the fifteenth of August 1947.’

That was when the fun began, to wit, scenes of massive jubilation, sweeping of streets, cleaning of drains and hoisting of flags, all to processions and music – to the complete satisfaction of the Municipal Chairman, a man ‘who had done well for himself as a supplier of blankets to the army during the war’ and re-invested some of his profits in buying himself the position of Chairman! Streets and parks are now renamed as a frenzy of patriotism – and vengeful reprisal – overwhelming the hitherto pacific population of Malgudi. With the renaming of roads, addresses changed. ‘Letters went where they were not wanted, people were not able to say where they lived.’

More nationalism erupted when somebody remembered a 20 feet high statue of a certain Sir Frederick Lawley which could not now, absolutely could not, be allowed to remain. Hitherto unnoticed, the statue now generated an outbreak of historical venom about that Tyrannical Imperialist, Sir Frederick Lawley, who had combined, in his overbearing self, the bloodlust of both Attila and Nadir Shah with the cunning of Machiavelli. As popular, though unsubstantiated, rumour went: ‘He subjugated Indians with the sword and razed to the ground the villages from which he heard the slightest murmur of protest.’

It is unanimously resolved that the statue must be brought down. It is here that our little busybee journalist makes his bustling entry. He makes a bid for the massive statue, cannily reckoning that three tons of metal might surely be a good investment for which borrowing money from his father-in-law might not be a bad idea. He also, in his enthusiasm, pays for the removal and transportation of the statue, which however is not such a good idea. For the statue is hard to budge – 50 coolies hacking away all day for 15 days succeed only in chipping away tiny shards from the colossal pedestal!

At long last Sir Frederick Lawley is taken down, and the next problem is where to store him. For this our journalist’s home has to be vacated of wife, etc. But even consequent to such removal Sir Frederick’s legs stick out into Kabir Lane outside.

Then History comes charging in. Our ten-inch-wallah writes a patriotic report about the downfall of the Tyrant Lawley in a paper and all hell breaks loose in the shape of furious dissent from dozens of historical societies, citing archival testimony that, far from being an oppressor, Sir Frederick had actually been the greatest Indophile that ever lived! He’d cleared jungles, built canals, set up charities, created co-operative societies, urged the British Parliament to involve Indians in administration and even predicted that Britain would someday be compelled to quit India ‘for her own good’.

The media and the junta are immediately up in arms and demanding that the statue of this Friend-Of-India be brought back. They parade before the house, shout slogans and lie down on the road and display every non-violent tactic that they have recently been groomed in. But the new owner of the statue proves possessive and stern in its defence. It’s only much later that he succeeds in making a worthwhile deal of it – by persuading the Municipal Chairman to make the grand public gesture of buying back the statue of the great nation builder Sir Frederick Lawley, thereby demonstrating his own public-spiritedness and devotion to both Nation and Historical Truth. Not only the statue but also its host’s house and the lane are renamed after Sir Lawley, as is only right and fitting. Of course, all this is done just before the next Municipal Elections.

A fabulous, evergreen and rib-tickler of a story. Even if you have read it before, dig it out and read it again.