Stay off the bacon: red meat could shorten your life

Study after study has shown that red meat isn't good for you, but a new 32-year-long scientific research at Harvard Medical School has said the risks have never been proved to be this clear. 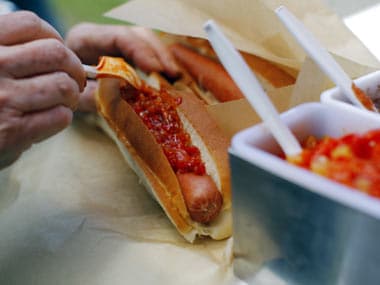 The best way to consume red meat, is to use lean cuts cooked in less oil. Reuters

As reported in the BBC, the researchers say a diet high in red meat reduces life expectancy and ups the risk of cancer and heart problems. Conducted on more than 120,000, the study said substituting red meat with white meat and nuts reduced the risks.

"adding an extra portion of unprocessed red meat to someone's daily diet would increase the risk of death by 13%, of fatal cardiovascular disease by 18% and of cancer mortality by 10%. The figures for processed meat were higher, 20% for overall mortality, 21% for death from heart problems and 16% for cancer mortality.

The best way to consume red meat, is to use lean cuts cooked in less oil. The food to stay away from or to be cut off completely include bacon, ham, sausages.