Sex was invented in 2012: Tinder has a meltdown on Twitter after Vanity Fair article

Washington: Tinder said on Wednesday it "overreacted" when it sent out a volley of tweets lashing out a Vanity Fair for a feature about dating apps and sexual norms. 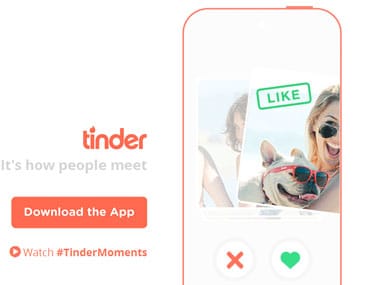 In a 6,400-word feature in its current issue, the upmarket society magazine told how hip young Americans use Tinder for breezy sex with no strings attached.

"Little known fact: sex was invented in 2012 when Tinder was launched," responded Tinder, tongue firmly in virtual cheek, on its Twitter feed.

"It's disappointing that @VanityFair thought that the tiny number of people (cited in the article) represent our entire global user base," it added.

It went on to fault Vanity Fair for failing to "talk to our many users in China and North Korea" -- both countries with tight Internet controls.

In a statement, Tinder said Wednesday it was saddened that Vanity Fair overlooked what it called the "positive experiences" of the majority of its users.

"Our intention was to highlight the many statistics and amazing stories that are sometimes left unpublished -- and, in doing so, we overreacted."

Tinder is part of the Match Group of social apps, which parent company IAC/Interactive is planning to spin off with a stock-market IPO later this year.