Iyer groom wanted for son: Cheer it or not, India's first gay matrimonial ad is not 'casteist'

A gay Mumbai-based activist's mother, we are told, wanted to place a matrimonial ad in newspaper. Probably thinking matrimonial columns of good old print newspapers are where the very suitable boys lurked, she tried placing the advertisement in DNA, despite the dot com marriage boom of today. The advertisement was rejected by the paper on the grounds that it was 'illegal'. That is when Harrish Iyer, the activist, decided to test other newspapers on the insensitivity meter.

Everyone, except Mid-day, failed his test. Given that the space marketing department (which is responsible for selling ad spaces in a newspaper) hardly ever works in consultation with the editorial, it is perhaps unfair to imply that the papers are hypocritical if their editorials support LGBT rights while their classified do not. Iyer himself didn't explicitly suggest as much either. But the ad ticked off every box that qualifies as a news piece that can go viral at this time - it was the first 'gay' marriage ad to be placed in India, it was rejected by the ad departments of the biggest newspapers of the country and then it got published in one, possibly because the editor-in-chief of the paper made a very rare exception and decided to intervene. Prejudice, discrimination and hope -the story had all the vital ingredients of a viral story and that's exactly what it became.

Then as a bonus it got the extra tadka of controversy. Because the complete text of the ad was as follows: 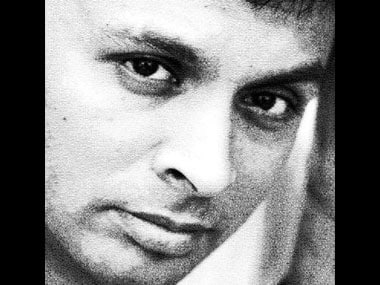 While there were hundreds praising Iyer's move, there were a great number of people who bristled at the 'Iyer preferred' bit.

Speaking in the ad's defence, he told Newsminute, "There are many objections to the fact that my mom wrote ‘Iyer preferred’. If you look at matrimonial ads in all leading newspapers, they mention all sorts of things such as wheatish skin, fair skin, etc. Some ads even specify the type of figure they want the women to have. It’s so common to see all these discriminatory things in the papers. And suddenly, people are offended by the fact that my mom wrote ‘Iyer preferred’."

It was meant to be a defence, but it definitely was not the best one. While it is entirely a matter of personal choice who you want to marry,  such preferences often draw strong criticism these days from liberal quarters. In fact, they are hardly considered as the most ideal way to find partners in more liberal intellectual spaces precisely because they perpetuate stereotypes about gender roles and women's bodies.

However, what problematises Iyer's "personal preference" defence the most, is the fact that he had placed the ad as an act of public activism. Iyer himself admitted that he had taken up the exercise as activism. Then there's the fact that provisions of Section 377 of the IPC criminalizes homosexual sex --  making even civil unions a remote prospect in India. All of which make the ad a political statement much more than a personal quest for a suitable mate. By specifically placing an ad looking for a groom rather than a relationship, Iyer was most definitely trying to make a statement on how discriminatory Indian society is towards homosexuals.

And since it points an accusatory finger at one kind of discrimination, it cannot duck charges of caste discrimination (okay preference) along the way. Iyer's critics are not off the mark in saying that a political statement against sexual orientation based discrimination shouldn't have promoted one based on caste.

His mother even suggests it was sort of in jest, as if it was a satirical attempt to mirror other such advertisements put out for heterosexual couples, by dozens on the paper. But that makes it sound like a tongue-in-cheek social experiment instead of a serious matrimonial ad. And an activist cannot have it both ways.

But let's not get carried away with our outrage either.

An ad saying that an Iyer groom would be preferred even if it's caste no bar, doesn't by any means deal a crippling blow to India's struggle against caste hegemony. In fact, the ad also, mentions 'caste no bar' before mentioning that Iyers would be given preference. And if it had not gone viral, that 1' x '1 ad would probably have elicited more responses from parents who thought the "son" was a typo.

Moreover, if, say, gay marriage was legal in India, would we be policing every gay matrimonial ad, holding it to a different standard than that applied to heterosexuals. If this was a heterosexual matrimonial ad, it would be considered liberal by most standards. It has no requirements of skin colour, or attractiveness, and clear statement that caste is no bar.  The 'Iyer preferred' can also -- as Harrish has pointed out -- be read as not about caste but cultural affinity -- which, like it or not, often overlaps with caste affinity in our country. Would we be less or more outraged if it read 'Banias preferred'?

In the hue and cry over the 'Iyer' bit, we seem to be overlooking what the ad perhaps, did or tried to achieve. In a country where homosexuality can be penalised and parental support is tragically low, the ad showed a mother not only embracing her son's sexuality but caring about his romantic interests like a parent of any heterosexual child. It is a very important statement of acceptance of homosexuality. The idea of placing a matrimonial ad in a medium used by hordes of middle class Indian families is making a statement about visibility, equality and fairness. It is quietly demanding an end to discrimination in a society that claims to be democratic by raising the question: why does Padma Iyer not have the right to look for a partner for her gay son the same way she would for her heterosexual child?

If you are a cynic of the coldest kind, you can at worst call Iyer's ad an activist stunt. But a casteist statement? Hardly. But stay tuned for the inevitable follow-up stories based on the responses received to the now viral matrimonial. But sadly, of one thing we can be sure, the one thing this ad won't lead to is marriage.