Indian weddings: How the desi boy wants to be proposed to

For someone who has memorised the wedding video of her parents, watched Brides War almost a dozen times, nagged her grand mother to recount her 'first night' and collected catalogues of bridal dresses from every fashion magazine since the age of 16, a discussion on the changing trends of wedding always seemed like a good idea.

Especially being a woman in her mid-twenties,  it's almost a seasonal job in India to attend your friends' weddings. So, after witnessing almost eight weddings in last two years, I thought I was totally updated on the trends and customs. I knew exactly how to organise a bachelorette party and what to wear for cocktail dinners.

Our weddings, like our lives have been westernized. We now have Indian dads delivering their teary-eyed 'giving away' speech and the bride and groom exchanging vows.  But Indians will never do away with traditional ceremonies.They will also have the kanya daan as well as make the bride and groom take the saat pheras and chant the Sanskrit mantra which they barely understand. 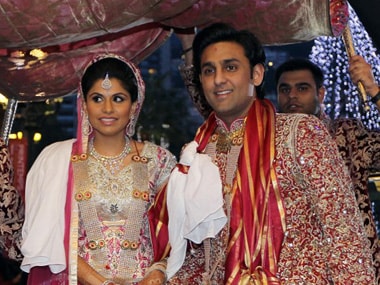 But despite all this westernization, Indians are still stuck at some very desi concepts when it comes to weddings. According to The Taj Wedding Barometer — a survey aimed at understanding the attitudes, customs, beliefs and tastes of Indians towards the concept of marriage,  Indians are still conservative in their attitude towards finding the right match with 3/4th of them still keen on arranged marriages. Of these 82 percent are women who want their families to find the Mr Right.

Gurleen Puri, a wedding planner who has organised weddings of Godrejs, Singhanias and Hindujas say, it is still the girl's family who pays for majority of expenses of the wedding.

Here’s the big surprise, Indian men would not want to be the person to go down on their knees and propose. And that has nothing to do with their fitness! They find the idea of a woman proposing both attractive and fun! But their dreams aren’t getting fulfilled that soon. What with most Indian women hoping that mummy and daddy will find them their Prince Charming!

The survey reveals that most men would like their women to pop the question barring 10 percent who believe men should be the initiators.

The survey also revealed some little well-kept secrets.  Did you know that although brides are accused of spending hours beautifying themselves,  47 percent of men getting hitched in India indulge in facials and 23 percent in spa treatments before the D-day?

And of course, keeping with the reputation of Indians having a big fat wedding,  the average size of guests lists can be anything between 250-500 people. However,  South Indians love to have longer guest lists with an average of 1000 people.

And when all the madness is over, and the couple needs some alone-time they'll head straight to where Yash Chopra sent his heroines to - Europe! It is still the favoured destination for 46 percent men. Goa is the most favourite Indian destination for honeymooners.

Times are a changing, yes. But with the big fat Indian wedding, it's probably still standing trapped in a beautiful Bollywood movie.