#HawaBadlo does not require a hurricane but a gust of wind

“At least breathing is free”.

A lot of us have muttered this line when getting by gets a little monetarily taxing. However, free breathing in India might be subject to your geographical location. Not that inhaling and exhaling will cost you money, but it will for sure cost you something far more valuable; your health. Various major cities across India have regularly been regarded as one of the most polluted ones in the world as their Air Quality Index is regularly registered between ‘Very Poor’ to ‘Severe’.

The question that arises out of this problem is what’s causing India’s air pollution crisis? Let’s take a quick look at some of the major culprits!

As of 2017, India had over 200 million registered vehicles with a majority of them not being compliant to the latest standard of vehicle emission norms. Sulphur dioxide released from the combustion of car engines has been a major cause of air pollution. The central, as well as many state governments, have introduced laws and restrictions in order to curb air pollution. While these laws are certainly a positive sign for clean and breathable air in the near future, it is our responsibility to follow these laws to make a positive change and #BringBackTheBlueSkies.

A major contributor to New Delhi’s nightmarish air quality has been crop burning. The capitals neighbouring state Punjab has two growing seasons – one from May to September and another from November to April. In the latter season, farmers usually sow crops like wheat and vegetables, but before planting the crops, they clear their fields by setting them on fire. The result – New Delhi’s air pollution level skyrockets with the presence of harmful gases like ammonia which is a common by-product of agriculture. In addition to these, there are other major sources of air pollution in India such as deforestation, power plants, landfills and more which require the government’s attention. While some measures are being taken by various government agencies to curb air pollution, it is our responsibility as citizens of this country to contribute for a better tomorrow. GAIL (India) Limited) has recognised the importance of individual efforts for curbing air pollution. The organisation has been supporting the HawaBadlo movement – an independent people’s movement for the last 3 years. In order to support this public movement, GAIL has initiated a new campaign under Hawa Badlo movement called #BringBackTheBlueSkies, a campaign dedicated to 'Turn Back time to better environments and bluer skies that we were once used to', through perceptible action, change in our lifestyle choices and behaviour toward the environment.

So, it’s time for all of us to jump into action and become a part of this movement to curb air pollution. If you are unsure about where to start or what to do, then check out the below tips!

1. It only takes one person to change a lightbulb

Did you know that India generates 65% of electricity from Thermal Energy which is derived by burning fossil fuels? While this is an interesting fact, it is also one of the major reasons for India’s air pollution crisis. The reliance on thermal energy has reduced in the past few years as India is developing cleaner and renewable energy resources, however, achieving a significant portion of our energy requirements from clean sources is still a few years away in future. Right now, you can make a difference by replacing old light bulbs in your home with LED lights. By adopting energy efficient lighting fixtures, your demand for energy will reduce. This, in turn, will reduce the production of Thermal energy resulting in fewer pollutants being released in the atmosphere.

Planting trees is one of the best ways to curb air pollution, and we strongly recommend it. Though, there is a much simpler way to curb air pollution. While you are planting trees, you can also ensure that more trees are not being cut down. According to the Global Forest Resource Assessment, 80,000 – 160,000 trees are cut down daily around the world to produce paper. This number can be brought down by going digital. All you have to do is avoid using paper as much as you can and make sure that the paper you use is recycled. Saving a tree is as good as planting a tree!

The way you treat your car is the way it will treat the environment. And we are not talking about getting your car a customised paint job or getting it waxed but getting it serviced at regular intervals. When a car’s engine is maintained properly, it consumes less fuel thus releasing fewer fumes in the atmosphere.

All of the above-mentioned tips might not seem substantial enough to have any impact on the level of air pollution, but if enough people do it, then it can make an enormous difference. 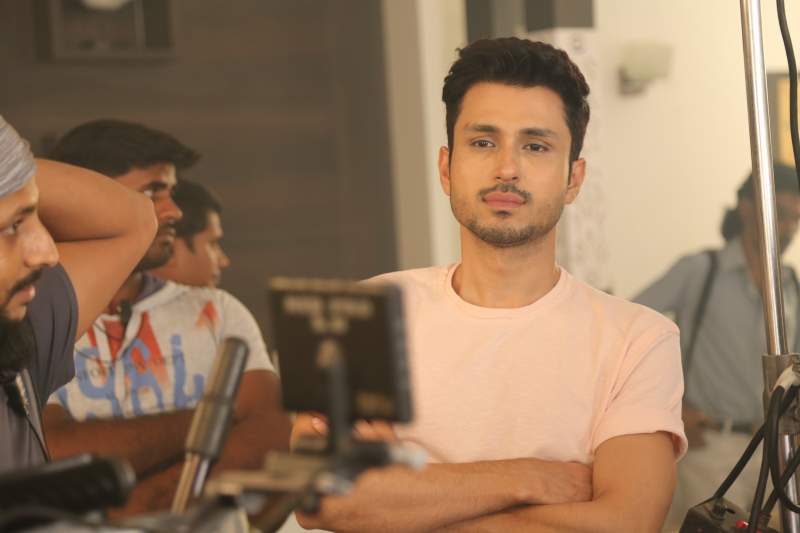 During the campaign, a retro-futuristic  Time Machine Art installation was placed at DLF Mall, Saket, Delhi which created a lot of interest about the campaign amongst the people of Delhi. Through these engagements, GAIL seeks to connect with people who matter the most - the youth, as they are the ones who will drive the change for a better tomorrow.

If you feel inspired after watching the ‘TURN BACK TIME - HawaBadlo V Mix’ music video and want to take steps to #BringBackTheBlueSkies then start by taking a pledge. Click here!