One third of India's land mass comprising 100 million people and ruled by the Princely Order through linkages by treaties with the British Empire contemplated a Third Dominion in the lead up to Independence. With the British dividing India through the creation of a new dominion called Pakistan, British PM Winston Churchill in conjunction with the Viceroy of India Lord Wavell planned to 'keep a bit of India'. Using the wily Mohd Ali Jinnah as his instrumentality, he architected the vivisection of India by creating three dominions — Hindustan, Pakistan and Princestan. It was a diabolical plan which roped in defiant princes like the Nawab of Bhopal Hamidullah Khan who in turn was a stalking horse for the much bigger Princely State of Hyderabad whose ruler — His Exalted Highness Nizam — believed that he could remain independent of the two dominions.

Saboteur Nawab of Bhopal was promised Prime Ministership or Governor Generalship of Pakistan by Jinnah and as Chancellor of the Chamber of Princes which came to represent the 565 large and small princelings, he was at the vanguard of the movement to secure a confederation beyond India and Pakistan. Bhopal was joined by a vacillating Maharaja Hari Singh of Jammu & Kashmir whose Prime Minister Pandit Ram Chandra Kak was actively colluding and conniving with Bhopal and Jinnah to keep the State unfettered. Undivided J & K at that time was bigger than France in terms of land mass. The Maharaja of Travancore through his crafty Dewan Sir C P Ramaswami Iyer was another who flirted with the idea of remaining independent. He even went to the extent of tying up with a British company for export of uranium rich Thorium available in large quantities in his state. 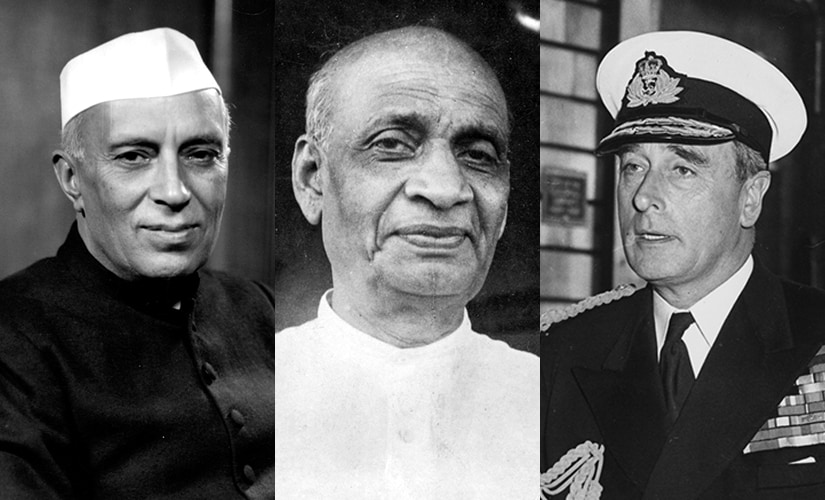 Even as Bhopal as Chancellor argued volubly within the Chamber and plotted to stay out of the ambit of what would eventually be a Congress ruled India, he was stymied by the Maharaja of Bikaner and the Maharaja of Patiala. In fact, a cleave on communal lines emerged within the chamber which articulated the princely stand at that crucial time. Both Bikaner and Patiala argued against Bhopal and the Nizam and through secret notes circulated to other like minded Princes decided to stick with the Indian Dominion through signing of Stand Still Agreements and Instruments of Accession. But the recalcitrant princes led by Bhopal refused to see reason right till the bitter end, planning and plotting on how to stay out of the net. From Malwa to Kathiawar, from Rajkot to Kashmir, from Travancore to Sitamau, independent States and loose confederations were being rigged up. Jawaharlal Nehru's idea of India being rejected for most part and the call for independence paramount.

Contrary to popular perception, it was Jawaharlal Nehru through the establishment of a Congress B Team called All India States' People's Conference which front ran the entire opposition to the ruling princes who were not just vassals of the British through the concept of paramountcy but had chosen to suppress popular democracy and dissent within their States. Nehru himself became a one man demolition squad as he exposed their misrule and tyranny repeatedly over time. He was thus jailed in the Princely State of Nabha in 1923, staged a popular protest in Faridkot and then finally opposed Maharaja Hari Singh in Kashmir to end up incarcerated in Domel. Nehru remained at the cutting edge of this fight against the Princes and even took on Mahatma Gandhi and Sardar Patel in this regard. Nehru's idea, ideal and idiom of India included a unified and united India which included not just the Provinces ruled by the British but the vast swathe of 565 Princely States.

Patel received a bloody nose along with Gandhiji from the Thakore and Dewan of Rajkot State where the duo were unable to make any headway whatsoever despite their best efforts. Gandhiji who believed that the princes embodied the concept of trusteeship was initially hesitant to introduce the Congress Party in the princely States, but the Haripura and Tripuri sessions of the Congress in 1938 and 1939 respectively changed all that through the passage of resolutions. Gandhiji's father had been Dewan of the same Rajkot State hence the reluctance to act against the Princes. This gave Nehru more leeway to engage with princes and introduce popular responsible governments. The AISPC then enlarged the scope of its activities in Mysore and other States to become a true national party with an emergent pan Indian footprint.The futile experiment in Rajkot convincing Gandhiji also that Nehru's way was the only way to bring the Princely States within the net of a new Unified India. Mountbatten was a principal player in this integration process as he understood Nehru's vision and chose to demolish the princes with his articulation, demeanour and regal bearing. Staring with Bhopal, he cajoled and threatened the Princes to side with India instead of deviating from the course by planning independent dominions or a Confederation in July 1947. His speech to the Chamber of Princes and subsequent one on one dialogues with some of the important Princes broke their back once and for all. 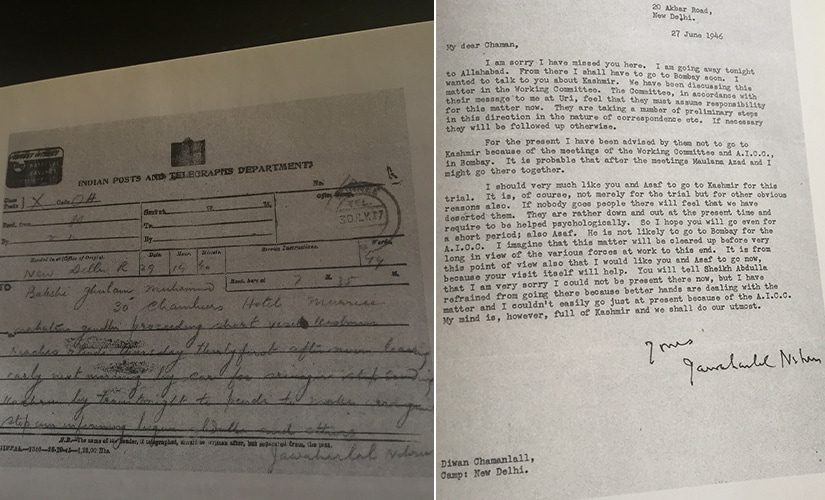 From 'Princestan: How Nehru, Mountbatten & Patel Foiled It'

Winston Churchill's defeat after the War and the installation of a Labour Government led by Clement Attlee in Britain acted as a catalyst in speeding up India's freedom from the yoke of British rule. Attlee himself dropped Wavell and replaced him with Lord Mountbatten who abbreviated the independence timetable from June 30, 1948 initially to mid August 1947. Mountbatten became the official liquidator of the British Empire. Between Nehru and Mountbatten the errant Princes were stampeded one by one. The final swoop down was constructed by Sardar Patel and his secretary of States V P Menon. The systematic corralling of the Princes was then done by Patel and Menon as they brought them into the fold individually. Without Nehru and Mountbatten laying the solid edifice, Patel and Menon would have been unable to lasso the Princes and regroup according to their wishes. Nehru was prescient enough to see tomorrow, he realised by the 1930s that India had to be a whole which included the Provinces and the Princely States. He acted as a crusader in this regard choosing to bludgeon his way, his mindset moulded by his understanding of Fabian Socialism during his formative years of education in England.

As the maverick rulers of Bhopal, Kashmir, Junagadh, Hyderabad succumbed to Mountbatten, Nehru and Patel, the foundation of a free and united India was laid. An India which remains whole and united even today. My narrative traces the evolution of the banner of revolt, the rebellion itself, its dramatic personae, the great betrayal, the trap and of course the ultimate swoop down. To leave an integrated India in its wake, one that has survived turbulence and turmoil for nearly 70 years now. Our founding fathers need to be commended for not allowing anyone to stray from this thought process.

The writer's new book for Harper Collins — Princestan: How Nehru, Mountbatten & Patel Foiled It — will be out later this year. The book recounts Jawaharlal Nehru's role in dismantling the recalcitrant Chamber of Princes, led by the saboteur Nawab of Bhopal who was working in conjunction with Prime Minister Winston Churchill, Viceroy Lord Wavell and founder of Pakistan Mohd. Ali Jinnah to stay independent as a Third Dominion called Princestan.