Answering the ultimate question: Who is a Hindu?

Given the ubiquitous nature of places of worship in our country, most family holidays within India, in my experience, incorporated visits to multiple sites of worship. Although I often saw these visits as a chore in my childhood days, they exposed me to a range of religious customs and beliefs practiced across broad swathes of India.

During these experiences, I recollect registering a constant sense of bewilderment at the contrasting nature of the practices, rituals and belief systems that stalk the length and breadth of the subcontinent and yet in modern parlance, fall under one encompassing term: Hindu. At temples dedicated to Kal Bhairav, one sees alcohol being offered as prasadam to the Lord while strands of more conventional Vedantic thought urge the spiritual aspirant to eschew alcohol for its injurious effects on spiritual development.

The snows of Kedarnath exposed me to sadhus who sought to augment their quest for the transcendental with copious quantities of weed while other spiritual aspirants sought to achieve purity in mind, body and soul by rejecting all manner of intoxicants--even foodstuffs deemed to be tamasi such as onion and garlic. Idol worship and the ritualistic, elaborate poojas synonymous with it are seen as integral to the edifice of faith by so many and yet are strictly abjured by others.

Non-violence and vegetarianism is a core tenet for most Vaishnava and Jain followers, especially in Gujarat and the South but this value isn’t mirrored across the country, with the piling up of goats in sacrifice to the Goddess at Kalighat in Kolkata, which is a testament to this idea. There is even little agreement on the question of monotheism and polytheism, as although the Upanishads and the Gita, in my view, stridently advance the concept of Brahman and adopt a monotheist and non-dual Weltanschauung, the average Hindu in today’s context would probably see his faith as a polytheistic one. Perhaps he may even find some support for this view in one of many texts that fall within the Hindu corpus. This evident multiplicity of practices and beliefs makes it difficult to conceptualize and define Hinduism; a faith that millions around the world profess to belong to. “I am a Hindu” are words that I have pronounced countless times on being queried about my religious affiliation; but as greater maturity helped me gain cognisance of the sheer diversity of practices and more importantly, innate contradictions that pass under this overarching umbrella; I have increasingly begun to question what this identity really entails.

My identification as a Hindu doesn’t bind me to a community, as there is no overarching credo or dogma that a Hindu is bound to follow. As a descriptive marker, “Hindu,” is by no means reflective of a monolithic identity, as practices and belief systems are essentially subjective and not institutionalised, making it very difficult and perhaps, illiberal to postulate any objective creed that we are all bound to follow as Hindus.

Let me sketch this sentiment out further. If one looks askance at the Abrahamic faiths, one can sense an element of cohesion within each of them. Despite being riven by countless sects and denominations that adhere to discrepant rituals, they have their genesis in teachings encapsulated in one Book. They all profess to be monotheistic, and have an exclusive truth claim, a monopoly on the attainment of emancipation, embedded within their various socio-philosophical narratives. Above all, they remain more institutionalised than the various faith lineages of the subcontinent, with apex bodies seeking to establish and propagate a certain set of values and practices.

In the Hindu milieu, it is either our great fortune or bad luck as Gandhi put it, to not have any one text, which pares down and enumerates the fundamentals and tenets of the faith. There are no rituals that are enjoined upon and practiced by all its followers, indeed Hinduism appears to be a faith where modes of worship, conceptions of values and morality, notions of the Supreme and “the good life,” are all subject to a bewildering array of subjectivity and diversity.

Increasingly, I have started to believe this is how it should be. Carvaka philosophy even suggests that that one can be an atheist, a nastika, and yet fall within the Hindu philosophical framework. This suggests that even the most basic tenet of religion; a belief in the existence of the Supreme is not a pre-requisite. Hinduism is thus a set of thought and belief systems that are sometimes consistent with, but often conflicting with each other.

Thus, Hinduism appears to be very much like India; an essential paradox, as any attempt at a truism about Hinduism can be immediately contradicted by another truism about Hinduism. Amidst this backdrop, Nehru’s aphorism, “Being a Hindu means all things to all men,” comes to mind; it might then be apt to say that there are as many Hinduisms as there are adherents. Interestingly, Shashi Tharoor’s statement about India “that the singular thing about the country is that you can only speak about it in the plural,” applies to Hinduism perfectly; if religion is seen as a technology that can be leveraged to grow spiritually and eventually achieve union with the Supreme, there appears to be no uniformity or synchronization to the Hindu way, indeed the term "the Hindu way," is in itself a fallacy as there is no one Hindu way.

Therefore, questions such as does Hinduism enjoin abstinence from alcohol or propagate vegetarianism are fallacious as you are bracketing a catholic range of doctrines into one. Perhaps a more accurate rendering of these questions would be whether a particular text or a specific stream of philosophical thought, such as advaita vedanta, enjoins a particular practice.

Further, it is instructive to consider the analyses of a couple of eminent commentators with regards to this vexing question. Savarkar’s analysis of the term 'Hindu” is the most interesting in my view, as it suggests that my assertion that there is no such thing as a Hindu people or a Hindu nation is incredibly deluded. He disassociates the term “Hindu” from its modern religious overtones and connotations with Hinduism, conveying that one can be a Hindu even if one doesn’t recognize the religious authority of the Vedas, effectively stating that one can identify as being monist, pantheist, agnostic, or atheist and still identify as Hindu. The original Persian usage of the word “Hindu” merely refers to the inhabitants of the land beyond the Sindhu (the Indus), and Savarkar extends this notion to suggest that “Hindu” is a uniting cultural construct that constitutes the underlying identity of every inhabitant of the subcontinent. Savarkar postulates three core components that make an individual a Hindu, a blood relationship with the Vedic inhabitants of the subcontinent, a reverence of the subcontinent as being as one’s holy land and ownership of a common Hindu culture or “sanksruti” that binds the people of the subcontinent together.

Mahatma Gandhi states that he who has belief in the Vedas, the Upanishads, all that goes by the name of Hindu Scriptures, the various incarnations of God, rebirth, varna and ashrama, protection of the cow, and no disbelief in idol worship is a Hindu. Lokamanya Tilak adopts a more succinct definition, suggesting that “a Hindu is he who believes that the Vedas contain self-evident and axiomatic truths,” thus casting Sikhs, Jains and Buddhists beyond the pale. Further, the Hindu Mahasabha states that a Hindu is one who believes in a religion that has originated in India. It could be instructive to look at Vivekananda, Ramakrishna, Shankaracharya, Chaitanya, et al’s thoughts on this question too.

Personally, I find all the above definitions a little problematic and too narrow. It is not my intention in this essay to affirm or rebut Savarkar, Gandhi, Tilak or any other thinker’s philosophies. For one, I feel unequipped for the task and two; this would fall beyond the scope of this piece. I will however, take the liberty of articulating my own understanding of a Hindu and hope that this discussion continues to permeate public discourse and invigorates the mind of the reader. In the current context, when the idea of India appears to be in flux, it is imperative that thinking citizens aim to deepen our understanding of our socio-philosophical roots and examine them from various lenses, seeking to build the bedrock for a tolerant and inclusive society through a more nuanced understanding of our heritage. 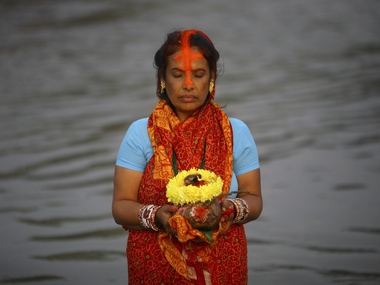 One could make a case that a Hindu is one who believes in the existence of the eternal soul and the temporal nature of the body, and consequently places faith in the doctrine of punarjanma (reincarnation), and strives for moksha as the summum bonum of the existence of all entities. This can be seen as the overarching philosophy or param dharma, and this is a definition that I am relatively comfortable with, as it captures the most basic foundational bedrock of the corpus of Indic philosophy, leaving out the more philosophically contentious aspects such as the relationship of the soul to Brahman and the minute daily practices where one observes such perplexing diversity.

Yet, I much prefer to simply define a Hindu as any individual who is an ardent seeker of the Objective truth. An individual who strives to actively discern the existence of the objective Reality otherwise termed as God and attain Him if convinced of His existence, using means that are inherently subjective and dependent on the individual’s own proclivities, beliefs and values, is a Hindu.

The emphasis, in my view, should be on giving reign to one’s own reasoning, emotive and experiential faculties while always analyzing at the unit of the individual as opposed to the group. Thus, I find the rise of the Hindu fundamentalist vaguely amusing, as I fail to decipher any except the most basic but fundamentals (enumerated above) within the Hindu religion. The lack of one book, an overarching, all-powerful religious authority, the absence of injunctions to only follow certain forms of worship or rituals and no uniform conception of the “good life” makes Hindu fundamentalism a fallacy. Similarly, the segments of the population that conceptualize themselves as progressive and modern and view with distaste those who still aim to pursue a more traditional mode of life in terms of their personal values are equally amusing and fallacious.

The only underlying commonality that can be incorporated into the definition of a Hindu is the absence of a belief in an exclusive monopoly on the path to the Truth. A Hindu should fundamentally understand that it is not only one’s own path that leads to emancipation; and thus actively seek to cultivate a mutual respect for all other paths that claim to lead to the summum bonum of life, whatever the individual imagines this to be. This idea was beautifully articulated by Swami Vivekananda at the World Parliament of Religions in Chicago in 1893. It is encapsulated in his hair-raising phrase, “I will quote to you, brethren, a few lines from a hymn which I remember to have repeated from my earliest boyhood, which is every day repeated by millions of human beings: As the different streams having their sources in different paths which men take through different tendencies, various though they appear, crooked or straight, all lead to Thee." This conception of a Hindu allows people to choose various paths based on their unique proclivities, circumstances, motivations and values to move towards the supreme principle of internal unity that runs through the external differences evident in the manifested world.