India’s air-quality has been a hot topic of discussion lately. It has been deteriorating and subsequently, the quality of life is being affected. It’s a question we need to find an answer for, as soon as possible.

A World Health Organisation (WHO) survey tells us that 14 of the top 20 most air-polluted cities in the world are from India. While on one hand, we as a country are developing at a great pace, what we need to do is give up using outdated technology and stop ignoring the increasing environmental cost.

A previous WHO study went so far as to say that Air Pollution claimed one Indian life for every 23 seconds. That’s just shocking! Levels of air pollution in the capital city regularly cross the safe limits. But outside the city, the country seems uninformed about how serious this problem is. While the study says that 9 out of 10 people in the world breathe heavily polluted air it also says that approximately 3.8 million people died in 2016 due to pollution "from cooking with polluting fuels and technologies". Greener fuels and clean air seem to be the desperate need of the hour.

A recently released video highlighting the HawaBadlo campaign by GAIL (India) Limited calls attention to the many problems of air-pollution with a beautifully subtle and hard-hitting plot.

The video opens to the stark imagery of gas mask-clad dancers clawing for breath. Next, the scene transitions to a couple in love, happy and full of life as they interact with each other. But something’s amiss. The wife is seemingly ill, & visibly struggling to breathe easily.

Media headlines flash by screaming about cities struggling with air that is thick with pollutants. The audience is suddenly drawn straight to the heart of the video - the invisible threat of air pollution. A flash forward takes us to machine led future, where the husband from the previously happy scenes is hard at work trying to find a solution. You can sense his frustration and struggle as he tries to work out the problem. All the while, the title tracks well-placed refrain “Hawa Badlo” sets the mood as it urges the viewers to make a change. The love story continues to go back and forth in time to show the young woman’s radiant smile slip into serious illness. You see her wilt before his eyes and is put on oxygen. His distress is relatable and mirrors the way the viewers feel when they see smog right outside their own windows i.e. utterly helpless!

Then we realise that the husband in 2030, sits in the machine he has built and starts spinning, and.. vanishes!

We now see him in 2018, noticing a presence in his house, and finds a note left by someone, “You can Still save her. Change the Air”. There is an origami bird, the same one we saw in his 2030 workshop! Did he just travel back in time to warn his younger self?

The penny drops when we see him appear back in his Time Machine in 2030, and reminiscing about his ‘dying wife’. We still aren’t sure what has happened back in 2018 in this couple’s life.

We keep seeing interesting intercuts of the 3 Dancing She-Devils warning us of the effects of Pollution and giving us a taste of some fabulous choreography in a stark smoky backdrop.

Media headlines continue to scream about pollution in cities and you sense the overwhelming struggle to find and make a sustainable change. 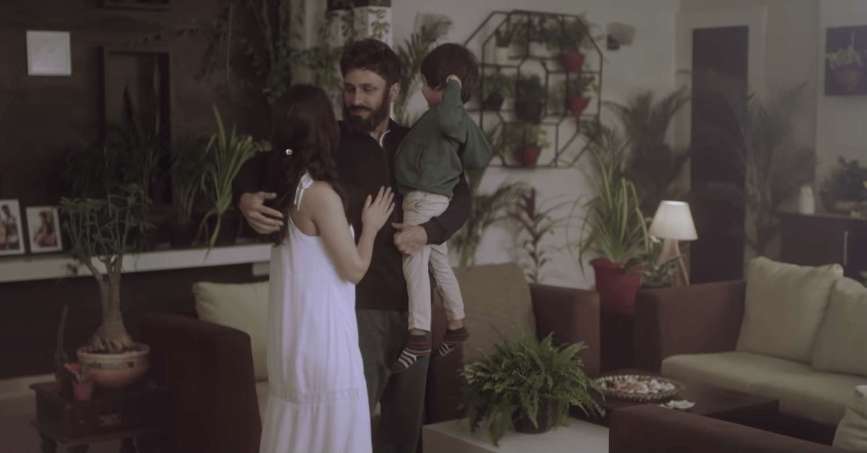 The film comes to an end, as we see the couple in future 2030. The wife has recovered and they are happy again. Flooding their home with precious oxygen are plants surrounding them, along with a child. The viewer is led to the gentle realisation that in the end, change is possible.

Right outside their window, the focus is brought onto the words “Turn Back Time” against a lively green garden. The closing scene then moves back into the house and a bunch of keys hung up by the doorway is pulled into the frame. The keychain simply says “I Love CNG” - a poignant marker that our very lives depend on us paying closer attention to green fuel alternatives and cleaning up our air. Why CNG? Because the fact is we cannot stop industrialisation and our future transportation and mechanical needs will only grow. But progress need not come at the cost of human life.

Lead and sulphur free fuels like CNG work efficiently and greatly reduce emissions. The absence of lead or benzene content in it also makes them non-corrosive and increases the longevity of mechanical components. It’s a no-brainer solution!

The mission for breathable air on our home planet and how we get there may just sound like the next intergalactic sci-fi thriller, but if we choose to take up the cause of life like GAIL (India) Limited encourages us to, CNG & PNG might just be our long-awaited, clean, green heroes!