A passage to heaven: Varanasi's Manikarnika Ghat is a place for last rites, and deliverance

Close to the rumble and soot laden walls of a 14th century building at Varanasi’s sacred Manikarnika Ghat, where pyres burn all through the year, Yamuna Devi reads the epic Ramayana to her three grandchildren.

Devi, 69, ignores the pungent smoke that fills the air, reading aloud the sacrifice of Sita, wife of Lord Rama. Devi explains in detail why Sita is the epitome of a Hindu woman and wants her grandchildren to behave like the mythical character, popular for her sacrifices.

For Devi’s grandchildren, there are no careers promising growth in Varanasi, India’s oldest city; they are members of a century-old untouchable caste that handles cremation. They can only handle one job: Cremate bodies at Rs 3,000 per corpse. At times, they accompany their grandmother to the crematorium, watch her at work. 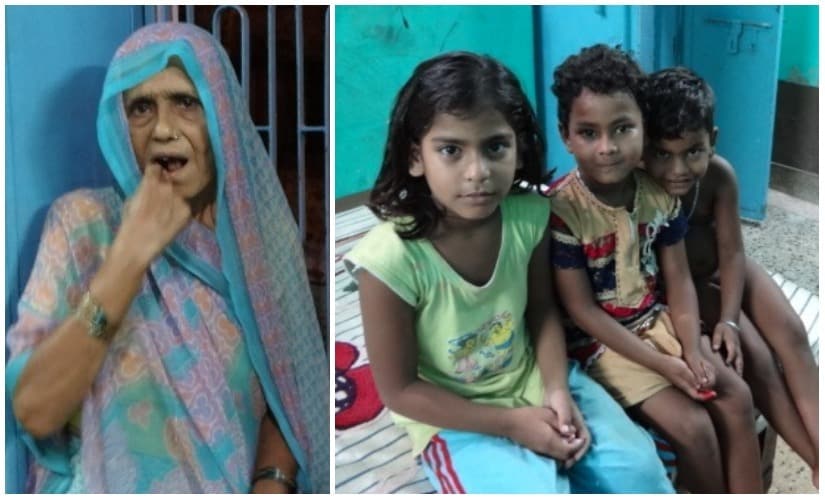 Yamuna Devi (L), and her grandchildren. Images courtesy the writer

The cacophonous grandchildren scamper all over Devi, play a game of I-Spy in the courtyard, pose for photographs and want prints of the photographs to be couriered to them. They say this is the first time they have been clicked with their grandmother, they all love looking at photographs.

For them, and others in Varanasi, Devi is important.

Devi is Varanasi’s only female gatekeeper of heaven, a 'Dom' who splits her time between Manikarnika and Raja Harishchandra ghats near the sacred Ganga River, overseeing the earthly end of a Hindu’s spiritual journey.

“We will have to live here, conduct the rituals and remain in this business for generations to come. We grow here to work and die, my grandchildren do not go to schools,” says Devi. She wanted her two sons to become doctors or engineers, but they were uncomfortable at the school and eventually came back to Manikarnika to help their mother.

Devi, who is also called Maalkin, has total rights over a sacred, earthen oven lighted for centuries. It contains what she claims is God’s eternal flame, without which the funeral pyres cannot be lighted. It is imperative for those who bring their dead to cremate in Manikarnika and Raja Harishchandra ghats to take a flaming bunch of hay from the oven Devi oversees.

She inherited the flame from her husband who died three-and-a-half decades ago. She also runs as many as three stores which sell logs for the pyres. In the strictest traditions of the Dom clan, when a Dom dies another male family member inherits the business but Devi took on her husband’s work to support her two young sons.

Devi sells wood, coconuts, bananas, flowers, ghee, milk, incense sticks and expensive sandalwood. That is the standard fare; there are other packages which include a sandalwood sawdust bath for the corpse, chants by Brahmins for peace. Devi provides the first set of five logs of wood required for the pyre, the rest of the wood is purchased by relatives of the deceased from adjacent stores.

Every day, an estimated 100-150 corpses are brought to these two ghats, considered the holiest of crematoriums for Hindus, who believe cremation at the Manikarnika or Raja Harishchandra ghats prevents rebirth, ensuring a direct entry into heaven. Manikarnika gets the lion’s share. A pyre burns 24 hours a day, 365 days a year at Manikarnika. Across Varanasi, nearly 200 bodies are burned every day. A man looks on as corpses are being cremated at night at Manikarnika ghat in Varanasi. Photo by Subhendu Sarkar/LightRocket via Getty Images

Manikarnika, which in regional Sanskrit language means "earrings", is an important place of worship for the Shaktism sect of Hinduism. Hindus believe the ghat was formed when the earring of Lord Shiva fell to the earth while he was dancing angrily, the act described as Tandava Nitya in ancient scriptures.

“The belief of attaining Moksha after death in Varanasi will remain forever, so will the urge to get cremated at Manikarnika. And between these two beliefs will remain, probably forever, the Doms,” says BHU historian Premanka Chakravarty.

He says several attempts were made to rehabilitate the Doms — all of whom call themselves ancestors of the legendary Kalu Dom, considered the father of the Dom community in the city — who were employed at the Raja Harishchandra crematorium, but nothing worked. “Some ancestors of his family, who made loads of cash, went abroad but the rest of the Doms remained at Varanasi. Cremation is big business in this city,” adds Chakravarty.

Chakravarty feels the Doms, normally found near Manikarnika and Raja Harishchandra Ghat, can never be replaced even if the government tries to push gas-fired crematoriums. “It's the touch and feel factor that works in Varanasi; cremations must take place next to the holy river so that the belief of complete moksha stays.” 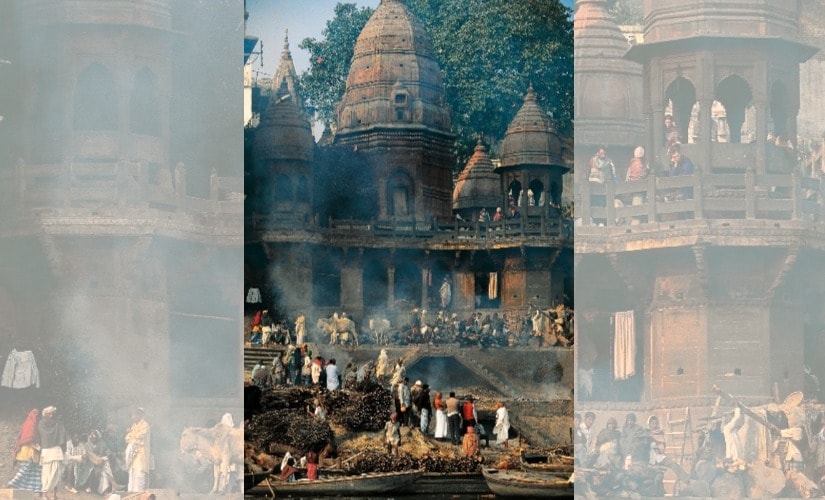 Manikarnika Ghat, where an ear-ring of Shiva fell, a cremation site on the banks of the Ganga, Varanasi. Getty Images

At Manikarnika, Devi handles her clients, the list ranging from the grandfather of a troubled family where everyone is fighting for the heirloom silver, to a luckless farmer who had to borrow the cash needed to bring his mother’s body on a lorry for cremation here. And there are bodies coming from Varanasi, Mughal Sarai, Lucknow, even Allahabad which has the venerated Sangam, the confluence of three rivers, Ganges, Yamuna and Saraswati.

Ashok, who runs what he calls 'a trendy lassi shop' near the Manikarnika Ghat (because it is the only one with WiFi and is very popular with foreigners), says the Doms may be outcasts in the Hindu hierarchy system but are not looked down upon in this ancient city. “Those news reports of people making way for the Dom Raja and his family are pure fiction, available in plenty in Western bestsellers,” he says.

Devi agrees. “I am the last person in one’s lifespan, I open the door to the heaven [sic],” says Devi.

Standing close by is Prabodh, who has just lit the pyre of his ailing father, the fire spitting orange embers into an inky night. Devi made sure he walked around the fire five times to honour the five elements — fire, water, earth, air and ether — as per Hindu custom.

Why Varanasi when the Ganga flows through Bihar too?

“Everyone wants to go to heaven,” Prabodh murmured. No one disputes him, definitely not in Varanasi, or elsewhere in India.