Hicky's Bengal Gazette: Read an excerpt from a book on India's first newspaper, the people it featured

Editor's note: Though the practice of disseminating important information and making announcements existed for centuries, India's first newspaper was born during the British Raj in Calcutta. Founded by an Englishman called Hicky, it brought to light several matters of importance when it came to the city's administration. But it also had its own individualistic flavour and was representative of the views that people upheld in this era — on women, what the East India Company ought to do, and culture.

In his book Hicky's Bengal Gazette: The Untold Story of India’s First Newspaper published by Westland Books, Andrew Otis combines fact and commentary to provide a picture of the issues the newspaper covered, as well as the society that read it. 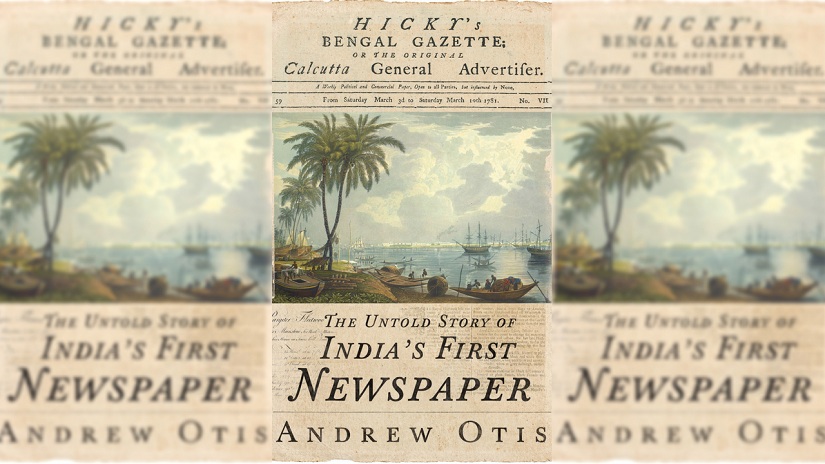 It had been 90 years since Calcutta was founded and his was the first.

Hicky’s Bengal Gazette was a sensation.

‘As a novelty every person read it, and was delighted.’ Hicky’s old lawyer, William Hickey, wrote.

People were happy to finally have a newspaper. Hicky tried to cover everything that might be important to Calcutta. He devoted many pages to politics, world news, and events in India. He encouraged people to write him letters and poems.

He tried to be witty and satirical. He gave nicknames to the city’s most colourful characters. One that stuck was ‘Nosey Jargon’, for the city’s surveyor and head of public works, Edward Tiretta. Tiretta, a talkative man who came from Italy and spoke an odd amalgam of English, French, Portuguese, and Hindustani, had a reputation for being flamboyant, minueting his handsome physique in crimson suits of rich velvet, even in the heat of summer.

Hicky poked fun at Tiretta for being a ‘nosey jargon’—an overly inquisitive jabberer—and jabbed at Tiretta’s reputation, writing that Tiretta had a ‘happy Turn for Excavations and Diving into the Bottom of things’, a joke that Tiretta’s job as director of public works might also be a euphemism for his sexual orientation. These nicknames, and his light-hearted reporting, made his paper an entertaining read for many.

People were also glad that Hicky made their lives easier. They could enclose his newspaper to their friends and relatives instead of writing all the details of events in their letters. ‘As I propose sending you a regular supply of Calcutta Gazettes there can be no necessity to fill my letters with political information,’ one woman wrote to her sister in England.

Hicky saw his newspaper as a forum where people of many backgrounds could voice ideas for the betterment of society. As he promised, he avoided politics. And he refused to print any partisan letters. He once rejected one letter because it, ‘breathes strongly of faction’. He maintained neutrality, careful not to discuss anything controversial.

He wanted his paper to serve society, so the first topic he ventured into was city improvement. He published articles calling on the Company to invest more on infrastructure, road construction, and general sanitation, things the city lacked compared to its European peers. One of his correspondents, who lived near the Portuguese cemetery, urged the Company to regulate burials. The cemetery was overflowing, with over 400 bodies buried every year in shallow graves without coffins. The monsoon rains often exposed the corpses. Their decaying matter mixed with drinking tanks, poisoning the water and causing disease. ‘I [hope] thro’ the channel of your paper… to remove it,’ his correspondent wrote.

As Hicky ventured into more topics, he touched upon the role that women should fill in society. Typical for his time, he and his writers supported the belief that men were superior to women.
His male writers opined that women should be chaste, faithful, and submissive. Their role was to satisfy and please their husbands. Their value was in how many children they could produce, and their responsibility was to preserve society’s moral values. One of his correspondents wrote:

A Good Wife I think Mr Hicky is one who ever mindfull of the Solemn Contract which she has entered into, is strictly and conscientiously virtuous, constant, and faithfull to her Husband; also chaste, pure and unblemished in every thought Word and Deed—She ought to be humble and modest from reason and conviction, submissive from choice, and obedient from inclination … [She must make] it her constant study to appear truly amiable in the Eyes of her Husband, being conscious that every thing which promotes his happiness, must in the End contribute to her own.

Hicky devoted many columns to quotes that women should be subservient, quoting sections from a book, Thoughts on the times but chiefly on the profligacy of our women, which argued that women should remain ‘modest’, ‘virtuous’ and be educated only for the pleasure of men. They should be taught only subjects like dancing, music and French. By reprinting many sections from this book, he spread the idea that education made women less sexually attractive, that it stripped them of their femininity, and that women’s biology made them intellectually inferior and unable to participate in serious male-only conversation.

While Hicky and his writers were sexist, they also called on men to be faithful to their wives. When he had extra space, Hicky reprinted sections from a 1772 book, The Fatal Consequences of Adultery, which argued it should be illegal for someone to marry the person they committed adultery with. ‘Our modern fine gentlemen look upon this crime as mere gallantry … But what honour can there be in that man, who violates the laws of friendship, the laws of his country, the laws of reason and the laws of God,’ he quoted. The book’s hope was to reduce adultery by reducing the incentive to commit it. Still, the burden fell hardest on women, who unlike men, would have to live with society’s judgment of their actions.

Excerpted with permission from Hicky’s Bengal Gazette: The Untold Story of India’s First Newspaper by Andrew Otis, Westland Publications. This book releases on 27 May 2018