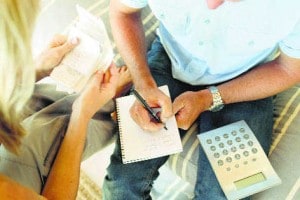 The longer the investment horizon, the more the interest on interest earned and hence you have time working to your advantage. Let's take an example. Both Meeta and Neeta are of the same age. When Meeta was 25 years old she invested Rs 10,000 in an asset which fetches a return of 6% per annum compounded annually. By the time Meeta reaches the age of 50, the corpus will grow to Rs 42,919. Neeta started investing at the age of 35 years; she too invested Rs 10,000 at the same rate of return of 6% per annum compounded annually. When Neeta turned 50, her invested corpus grew to Rs 23,966 only. Both of them are 50 years old, but Meeta has Rs 18,953 more than Neeta, even though they invested the same amount of money.

Compounding cycle is nothing but the frequency or interval at which the interest multiplies. Compounding can be done on daily, monthly, quarterly, half yearly or annual basis. The shorter the interval of compounding, the greater the impact. This can be understood with the help of  the following illustration.

Ram invests Rs 10,000 in two asset classes for a period of three years. Asset X gives a return of 7% p.a. compounded annually, while asset Y gives same return of 7% p.a. but is compounded quarterly. At the end of three years, the value of Asset X is Rs 12,250 while that of Asset Y is Rs 12,314. As the frequency of compounding increases, the difference becomes significant. Higher the rate, more you gain Higher the rate of returns, the more you can accumulate. No wonder why experts advise investing in equities if one has a long investment horizon; they offer a better potential rate of return over the long term. This is the magic of compounding and you only need to keep these small points in mind to make this magic happen for you. As the famous Einstein quote goes "He, who understands the power of compounding, earns it and he who doesn't pays it".