Mutual funds finally turn positive, but no reason to rejoice

The mutual fund industry in India saw its first net inflows since July. In October the assets under management (AUM) were up 8 percent. This was driven by investment in the short maturity category which refers to ultra short-term debt and liquid funds.

But investors may not take the net inflows of Rs 41, 300 crore with great enthusiasm as the major investment is still in short-term funds. This means the market is not yet confident enough to push long-term investments. However, net inflows is still good news when compared to net outflow of Rs 54,200 crore in September and Rs 14,600 crore in August. 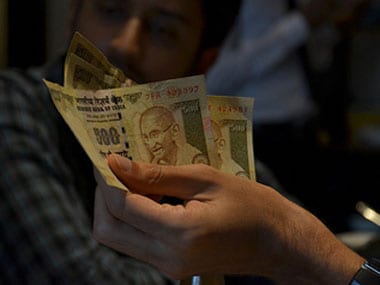 Net inflows is still good news when compared to net outflow of Rs 54,200 crore in September and Rs 14,600 crore in August. UnlistedSightings/Flickr

According to Crisil, September saw outflows primarily because it was the end of the quarter and October witnessed a reversal as corporates reinvested their withdrawals. Though equity funds have seen net inflows for three months in a row, the quantum has come down drastically. It came at just Rs 210 crore in October against Rs 1,400 crore in September.

Gold continued its winning spree for almost on- and-half years now but here too the net inflows were halved. From Rs 1,000 crore in September the net flows fell to Rs 455 crore in October. Gilt funds, which refer to government treasury, lost a net sum of Rs 252 crore. The total loss here now amounts to Rs 1,800 crore.

That people are not yet ready to take any risks is also evident from the trend of new product launches. Forty six of 51 new schemes were fixed maturity plans that generally assure a fixed return, almost like a bank. The industry collected Rs 7,000 crore across all new fund offers in October.