What you didn't know about Operation X (Kasab's hanging)

While most of the details regarding the execution of Mohammed Ajmal Kasab, the lone gunman involved in the November 2008 attacks in Mumbai, were shrouded in mystery here are some little known details of Operation X.

Kasab's last meal was a tomato: On the morning before his hanging Kasab reportedly sought a tomato to munch on. A report said that when asked early on Wednesday morning if there was anything he would like to eat, the gunman said he would like to eat a tomato. "He said he wanted to eat tomatoes, so he was given a basketful. However, he took only two tomatoes and ate only one at around 6am," an unnamed source was quoted as saying.

Kasab's last wish: According to a report in the Times of India, Kasab's last wish was to meet with his family members. However, police officials told him that they had informed the Pakistani government about his execution but they had not responded. 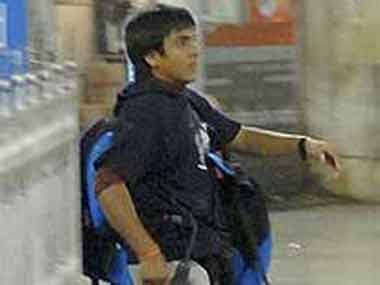 Cheerful till the end: Kasab was reportedly calm till he went to the gallows. An Indian Express report says that he was calm when officials came to take him to the gallows and even greeted them. Once taken to the area where the hanging was to take place, his last coherent words reportedly were : "“Allah-kasam mujhe maaf kar do, aisi galti dubara nahi hogi” (by God, forgive me, such a mistake will not happen again)”

A Hindustan Times report said the gunman was not upset even after learning that he was going to face the death penalty. “He did not shed a single tear during his last few days,” an official was quoted as saying.

Who all were in the know: According to the Times of India only a handful of people knew about the operation to hang Kasab. Apart from the Home Minister Sushil Kumar Shinde and home secretary RK Singh, only a few officials in the Maharashtra government were kept in the know. Maharashtra CM Prithivraj Chavan and his deputy R R Patil, Maharashtra DGP Dayal, Maharashtra chief secretary J K Banthia, state home secretary Amitabh Rajan and his colleague, principal secretary in charge of jails Medha Gadgil. Mumbai Police Commissioner Satyapal Singh, Meeran Borwankar, who heads the Yerwada Central Jail, and those at the helm in the state intelligence department and Mumbai CID.

Who did not know: Even all the jail officials at the Yeravada jail in Pune were not made aware of the fact that Kasab had been moved from Mumbai's Arthur Road jail to their jurisdiction, according to a Hindustan Times report.

“None of us was aware that Kasab was in Yerawada and that he was going to be hanged on Wednesday. We only anticipated that something was going to happen because of some movements,” an unnamed official was quoted as saying.

Another report said that even the hangman was not told who was to be executed.

Even many of the personnel of the Indo-Tibetan Border Police which was guarding the jail in which Kasab was kept in Mumbai, were kept uninformed until the day he was to be moved. Even after he was moved the guards were kept outside the jail guarding it so that no one suspected he had been moved.

Rope for hanging came from Bihar?: A curious report in the Hindustan Times says that the rope for the hanging of Kasab came from Buxar central jail in south-central Bihar.

Weaved by prisoners in the jail, the report quoted a source as saying that the rope was originally meant for the hanging of 2001 Parliament attack Afzal Guru.

“The rope was supplied in anticipation of the hanging of 2001 Parliament attack death row convict Afzal Guru. But with Guru’s hanging deferred, this rope was used to hang Kasab,” the source was quoted as saying.

When Kasab was brought to Arthur Road Jail in 2008, the public works department (PWD) built the egg-shaped solitary confinement cell with a reinforced steel wall and a 20-ft-long bomb-and-bullet-proof tunnel on the jail premises to connect the cell to the special court where the 26/11 trial was held.

The jail authorities suggested that if the special 26/11 court is converted into the MCOCA court, they would save a lot of time on escorting prisoners to the court during the trial and it would also reduce incidents of the prisoners escaping from police custody.

The state government has spent Rs1.47 crore on Kasab when he was lodged at the Arthur Road jail for four years.