Kolkata: West Bengal Chief Minister Mamata Banerjee in her first meeting with business chambers since assuming office for the second term urged business leaders to "act" instead of merely speaking and praising the government. 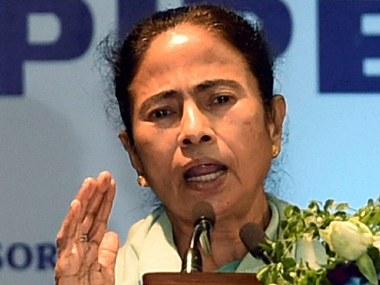 Her comment comes after business and chamber leaders showered praises on Banerjee for her thumping victory in the last assembly elections.

Banerjee said she would take the opportunity of her visit to Vatican City to attend canonisation of Mother Teresa on 4 September to attract investment for the state.

She said she will try to hold business meetings in the nearby countries, too, to attract investment in auto and manufacturing sector in the state.

Bengal, Banerjee said, is the best industry-friendly destination and is fast growing as its "achievements speaks for itself."

"Our gross value addition has grown in excess of 10 per cent, while in the country it grew by 7.5 per cent. Industry expanded by 8.3 per cent in the state, while India's comparable number is 5.3 per cent as Bengal had nil strike and mandays' loss and revenue generation doubled to Rs 40,000 crore in the last four years," she said, highlighting her government's achievements in her last term.

Bengal should not be compared with Maharastra, Gujarat and Tamil Nadu as either they house finance capital or have huge numbers of ports or high revenue income. We (Bengal) have just two ports and even those have not been dredged. Despite that I have doubled the state's revenue to Rs 40,000 crore," she added.

Banerjee said she was in favour of short, mid and long term vision, adding, "We should work keeping those goals as targets."