Veganism backed by strong political will only way to combat consumer capitalism; mass lobbying must to fight carnism

Veganism must become a political movement. At the moment it is nowhere near that, anywhere in the world. And the fault lies with vegans themselves.

What is the current state? Capitalism has made it easy for every human to literally eat up the world. Every animal species, every forest, every ore in the ground, every fish in the sea, has been turned into trivial things to fuel insatiable greed. As soon as one species becomes extinct we find another one. Our oceans are now full of jellyfish who have filled the emptiness caused by taking a billion fish out of the ocean every month. Hugely poisonous and of no edible value, seven nations have, nevertheless, got together to see what they can turn jellyfish into. As mammals and birds dwindle, the food companies are promoting insects as the “new” protein.

What can a vegan do? 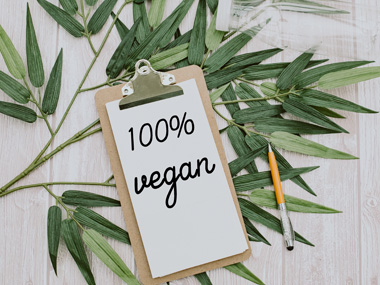 To begin with, stop buying. Everything you buy, vegetarian or non-vegetarian, has its consequences and impact. Forests are cut down to grow cotton for T-Shirts and soybean. Each death of a tree means the death of thousands of animals and birds. Cotton is grown with the worst pesticides in the world. Those destroy millions of lives annually and poison the waters. So, what is ethical? Wearing cotton? Or not wearing silk because it boils thousands of silkworms alive?

Choices have to be made intelligently and the best choice is to keep your wants to a bare minimum. You don't need more clothes, shoes, or cosmetics. You do not need face cream. Vegan- or non-vegan- consumer capitalism is responsible for the destruction of the entire natural world. Veganism means addressing all these issues. Less consumption—not more—should be part of every real vegan's mantra.

Not only are you creating more wealth for the wrong companies, but you are also adding to the burdens on the same earth you wish to save. Vegans who believe in eating/using/buying/exploring the exotic are simply another exploitative group. People who drop lipsticks made at home, to buy chia butter lipsticks, have not factored in how much it costs in terms of fuel to get the chia butter to the factory.

No one is checking whether pesticides and chemical fertilisers have been used to grow the chia. So, the halo that the vegans have put on their own heads is uncalled for. European companies have replaced chicken wings with jackfruit wings for vegans. But jackfruit goes all the way from Asia to England.

Vegans, who believe that backpacking to the wildernesses is about sustainability, are fooling themselves. Eating carrots while entering the last domain of animals and birds, defecating and urinating, spreading germs and clearing pathways for themselves- this is not veganism. This is consumerism.

Secondly, vegans must realise that they should not confuse veganism with all the other labels. Unfortunately, it is competing: not with meat, milk and leather, but with “organic” “locally sourced”. Most retailers say that they have stopped advertising “organic” and replaced it with “vegan”. It is hopelessly confused with healthy, raw food and gluten-free.

The advertising agencies are toying with your head, and making all the wrong mental associations, by providing completely unnecessary items with the vegan label. By making vegan products look young and vibrant, they have created an image that associates vegan with health. Social media blogs are about how pretty the food should be, rather than where it comes from. You cannot eat avocados from Mexico or Kenya, beans from Brazil, blueberries from the US and goji berries from China, and be vegan.

Mexico makes more money from exporting avocado than it does from petroleum and is cutting down its forests to make way for planting more avocado trees. So what did the vegan achieve? Veganism is not a casual consumer choice. Deciding to go vegan and choosing gluten-free bread is not the same thing. But it has degenerated into that.

Vegans must make political lobbies and compete with carnism. Carnism, the capitalist philosophy of eating meat and using animals, has caused global warming, with 15 percent of greenhouse emissions coming from cattle farming alone. And then is the deforestation by clearing land for animal farming. The amount of food needed to raise cattle represents a massive waste of land and grain, with 80 percent of world soymeal used to feed animals. The world is in its end-stage and it has taken us just 200 years of carnism to get there.

Veganism must be a form of boycott, with individuals/communities refusing to put money into harmful industries. You can no longer be a Jain who is vegetarian at home and has a factory that produces gelatine or plywood. Veganism, if it wishes to be environmentally useful, should hold these companies to account, by undermining their profits, and encouraging the development of entirely new sustainable food systems and agriculture.

The vegan community needs less consumerism and more compassion. It needs to put the animals first again. Don’t go shopping, support the building of forests, animal sanctuaries, liberate animals from exploitation — like not buying medicines that are needlessly tested on animals — don't go to zoos, vote for green politicians, refuse to let trees be cut for trains. Put activism over entrepreneurship. And don’t make the excuse that at first, you will earn money through producing vegan products, and then you will spend it on saving the world.

If vegans would merely replace animal-based production with a vegan market, without challenging the violent logic of capitalism.

According to Peter Gelderloos the famous anarchist activist and writer “What if everyone or nearly everyone in wealthy countries adopted a vegan diet? The meat industry would collapse, but other industries and capitalism as a whole would continue, leaving us with the contradiction of a vegan society liberating animals in the limited sense understood by the critique of factory farming, but destroying the environment nonetheless, and all the animals with it.”

“…a world without slaughterhouses could still be a colonialist one, engaging in excessive consumerism that destroys the lives of non-captive animals through habitat destruction and pollution and other forms of environmental devastation.”

Forget focusing just on your own consumption practices, and get onto anti-speciesist politics. What do I mean? Don’t replace cow’s milk with soy or almond milk. Drop all three and put the money into a shelter and a march against the export of meat. The abolition of animal exploitation is part of a wider struggle for social justice.

Imagine if Mahatma Gandhi’s Independence struggle had made the wearing of khadi its sole purpose as a way to defeat the British. We would still have been labouring under British rule.

The struggle has to be a political one. You have no impact if you go the consumer route. The government doesn’t care about which lipstick you buy. It will be a thousand years before you, as consumers, make any dent in the lipstick market which has not reduced the number of lipsticks that use beeswax and gelatine but expanded it to meet your lipstick needs. But if you were to make a group that votes determinedly for people who will stop meat export, and shut down slaughterhouses, and legislates on what lipsticks can be in the market, then your veganism would have some meaning.

While becoming vegan is important in the step towards saving the planet, the minute you go looking for "cruelty-free underwear", you have lost the battle. You don't need more goods, vegan or otherwise, that deplete resources, pollute ecosystems, fill landfills, and kill free-living nonhumans — you need less of everything.

Veganism is about dismantling a system that depends on the enslavement and abuse of nonhuman lives. If you are to be vegan then be so in every capacity; reducing or eliminating your travel, your reproduction, consumption, waste. You need to be politically informed and active and engaging others, being willing to take a stand and speak out. And you need to rescue animals.