Lucknow: Uttar Pradesh government on Monday ordered a probe in connection with the alleged migration of Hindus from Kairana town in Shamli district in western part of the state.

Shamli District Magistrate has asked the SDM and Circle Officer to probe into the allegations that "jihadi elements" had forced migration of Hindus from there, IG (Law and Order) HR Sharma told reporters here.

They have been asked to verify the list of 346 families handed over by the local MP who have allegedly migrated, he said.

BJP MLA from Kairana Hukum Singh has alleged that 346 families have been forced to flee the town, which has 85 percent of Muslim population. 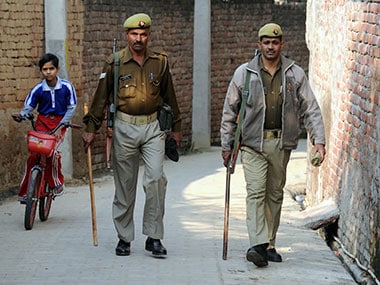 The state government's action came after VHP joint general secretary Surendra Jain's on Monday said, "Jihadis are being encouraged to carry out their activities...VHP calls upon the state government to rein in jihadi elements who are responsible for this exodus and tighten law and order in the state."

He termed the migration of Hindus from Kairana as "unfortunate" and said the township, which was a Hindu majority 40 years ago, now has only eight percent Hindus left.

Sharma said further details will be known only after the report is received from the district officials.

Replying to a question, he said the state government is yet to receive the NHRC notice in this connection.

Last week, National Human Rights Commission had issued a notice to the UP government in this regard.

While observing that the allegations made were serious in nature, the NHRC also directed the state's DIG (Investigation)to depute a team of officers for a spot enquiry in the matter covering all the allegations made in the complaint and submit a report within two weeks.