Malkangiri (Odisha): Two hardcore Maoist cadres carrying rewards on their head and six other armed activists surrendered before the police in Odisha's Malkangiri district on Thursday.

The eight, mostly from Kalimela area of the Naxal-hit district, were involved in Maoist activities for last few years and named in several cases, Superintendent of Police Mitrabhanu Mohapatra said. 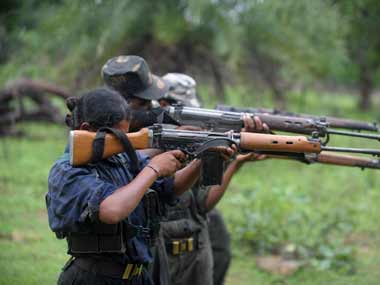 They carried Rs one lakh reward on head each, he said adding both were involved in a number of crimes including murder and blasting of panchayat buildings.

The six other activists also took part in rebel activities but were not regular Maoist cadre, the SP said.

The ultras stated they decided to surrender as they realised that the red rebels had deviated from their ideology and indulged in activities detrimental to the interests of the poor and tribal, the SP said.

They would now be rehabilitated as per the policies of the government, the SP said.