An illustration which shows how the New Delhi Railway Station will look after its re-development. PTI

In the next four years or so, the New Delhi Railway Station, Ahmedabad Railway Station and Mumbai’s Chhatrapati Shivaji Maharaj Terminus (CSMT) will bear a new, swanky look courtesy the Narendra Modi-led government.

On Wednesday, the Cabinet approved Rs 10,000 crore for the redevelopment project of these railway stations, as per an announcement made by Information and Broadcasting Minister Anurag Thakur.

What does the makeover include?

According to the government, the design of these stations will be in tune with the cityscape so that it becomes an integral part of the city.

The new station will have two domes of six floors each, which will have separate arrival and departure areas, like at the Indira Gandhi International (IGI) Airport in the city. The domes will be 80 metres and 60 metres tall. 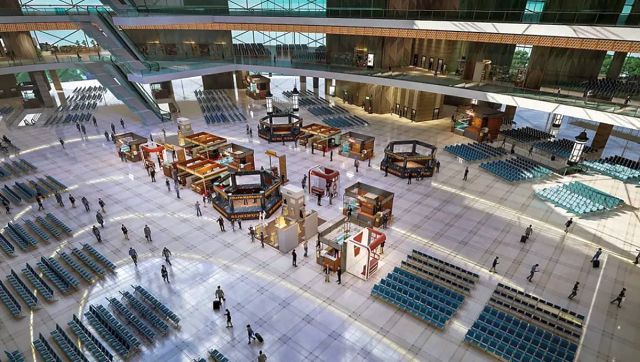 The station will have amenities such as two nine-metre wide skywalks to connect the Multi-Modal Transport Hub to the station building, which will connect the metro, bus, taxi and auto services.

Moreover, the revamped station will have 86 lifts and 67 escalators and a multi-level car parking will also be built.

The Ahmedabad Railway Station, it has been reported, will be redesigned in the manner of the iconic Modhera Sun Temple.

The makeover of the Ahmedabad temple is expected to be completed in two-and-a-half years along with Mumbai’s CSMT station. A look at the idea for the Ahmedabad railway station redesign. PTI

Mumbai’s CSMT station will also be revamped and redesigned. However, the main building, which has UNESCO's heritage tag, won’t be touched. The building, a prime example of Victorian Gothic Revival architecture, was designed by British architect FW Stevens. 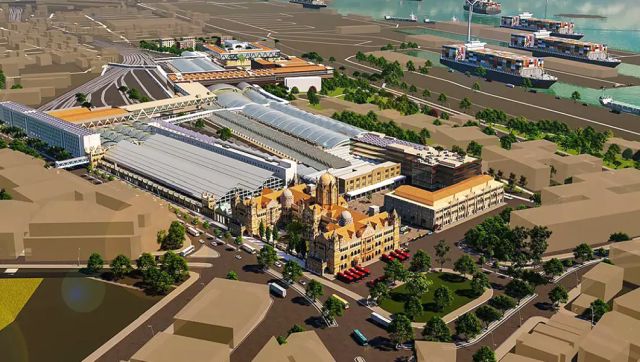 The makeover of the Chhatrapati Shivaji Maharaj Terminus in Mumbai will see no change to the original heritage building. PTI

Welcoming the move, Maharashtra’s deputy chief minister said, “Dear Mumbaikars, This is how our Chhatrapati Shivaji Maharaj Terminus CSMT Railway Station will be in future! Thank you Hon @narendramodi ji for the Union #CabinetDecision for the grand and futuristic redevelopment plan, which will bring huge ease in travel and logistics!”

Modernisation of other railway stations

Railway Minister Ashwini Vaishnaw said that the tender for 47 railway stations has been released, adding that work is underway at 32 stations. This revamp would come with a price tag of Rs 60,000 crore.

The redesign would include standard elements such as:
>> Every station will have a spacious roof plaza with all passenger amenities at one place along with spaces for retail, cafeterias and recreational facilities
>> Facilities like food court, waiting lounge, playing area for children, place for local products will be available
>> To make the stations comfortable, there will be proper illumination, way finding/signages, acoustics, lifts/escalators/travelators
>> Green Building Techniques will be used, with solar energy, water conservation/recycling and improved tree cover
>> Special care will be taken to provide Divyang friendly facilities