New Delhi: A suspended home ministry official Anand Joshi, arrested in a graft case, was on Tuesday granted bail by a court here.

Central Bureau of Investigation (CBI) Special Judge Vinod Kumar granted bail to Joshi on furnishing a personal bond of Rs 50,000 and two sureties of the like amount. 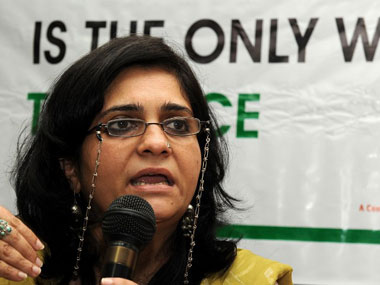 The court directed him to neither try to tamper with evidence nor influence witnesses apart from placing some other conditions on him.

Joshi, an undersecretary in the ministry when he was suspended, was arrested by the CBI on 15 May on the charge of "obtaining illegal gratification" from various non-governmental organisations after issuing notices to them under the Foreign Contribution Regulation Act (FCRA).

The CBI is reported to have found files relating to activist Teesta Setalvad's NGO Sabrang Trust in his possession.

Joshi had gone "missing" from his residence in Ghaziabad in Uttar Pradesh after summons were issued to him by the CBI.

Earlier, home ministry sources said Joshi, posted in the Foreigners Division, had access to files related to the FCRA and was under the scanner for several months.

Joshi had denied the charge of receiving bribes from the NGOs.