New Delhi: In an unusual order, the Supreme Court on Wednesday exercised its constitutional authority and appointed former High Court judge, Justice Virendra Singh, as Lokayukta of Uttar Pradesh after the state government failed to comply with its directives.

In an embarrassment for the SP government in Uttar Pradesh, the bench examined a list of nominees and ordered the appointment. 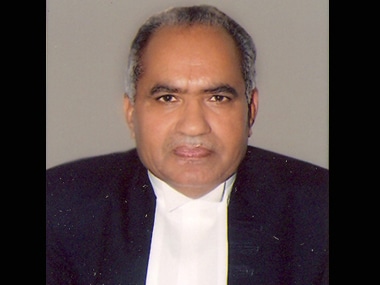 "The failure of constitutional functionaries to comply with the orders of the highest court of the land is deeply regretted and astonishing," a bench headed by Justice Ranjan Gogoi said, adding, "We, therefore, proceed to exercise our right under Article 142 of the Constitution to remedy the situation by passing an appropriate order."

The court said that it appoints Justice Singh as Lokayukta and asked the state government to file a report by 20 December indicating compliance of its order.

The bench regretted that its several orders have not been "heeded" by the constitutional functionaries — the chief minister, the leader of opposition and the chief justice of the Allahabad high court.

In the forenoon, the bench took strong note of the submission of senior advocate Kapil Sibal, appearing for the state government, that though it had shortlisted five names but no consensus has been arrived at on a specific person.

The bench then asked Sibal to provide the names by 12.30 pm on Wednesday and said, "we know how to get our orders complied with".

The law provides that a high-powered committee of the chief minister, the leader of opposition and the chief justice of the concerned High Court together appoints the chief of the state ombudsman.

Earlier on 14 December, the apex court had rapped the UP government for not appointing Lokayukta in the state despite its directions, saying it seemed that appointing authorities have their "own agenda".

The bench was hearing the pleas filed by Mahendra Kumar Jain and lawyer Radhakant Tripathi seeking a direction to the state to appoint the Lokayukta at the earliest in pursuance of the Supreme Court orders.