New Delhi: The stage is set for the third India Africa Forum Summit 26-29 October with a record participation of all the 54 countries of the continent, most of them represented by their heads of state or government - a high-profile event that will herald a new era in mutual partnership between two of the world's fastest growing regions.

This is perhaps the only time all the 54 African countries are coming together outside the continent for such a meeting. At least 40 countries are expected to be represented by their heads of state or government. 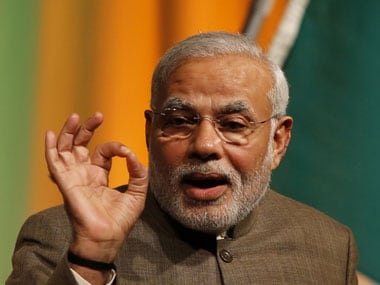 Seen as a major diplomatic initiative of Prime Minister Narendra Modi's government, the event has evoked international interest given its scale and the efforts by countries such as China to strengthen with Africa in their scramble for resources.

It is the first time that an international summit of such scale is being held in India after the Non-Aligned Summit in 1983 - the Commonwealth Heads of Government Meeting the same year saw the participation of 42 countries - and the government has walked the last mile to ensure hassle-free arrangements with every aspect having being gone into in minute detail.

A tight layer of security has been thrown at Indira Gandhi Indoor Stadium here, the main venue of the event, with key hotels of the capital city also under security cover.

The agenda includes a meeting of senior officials on 26 October, followed by meeting of foreign ministers on 27 October and the summit on 29 October. There will also be bilateral meetings, while President Pranab Mukherjee will host a grand banquet at the Rashtrapati Bhawan on the evening of 29 October.

The summit is expected to address key challenges including food, health and environment as well as deepen cooperation on maritime security and countering terrorism.

India and Africa together represent one-third of the world's population. Both are seen to be on the cusp of the demographic dividend with vast sections of their population below the age of 35. Both India and countries in Africa face similar challenges in many areas and have a shared history of a colonial past.

Ahead of the summit, Prime Minister Modi has said that India's areas of focus in Africa will continue to be human resource development, institution building, infrastructure, clean energy, agriculture, health, education and skill development.

He said relations between India and African countries were not just political and economic but had very rich cultural traditions.

Modi said it is a relationship with a strong emotional link which has been forged by intersecting history, centuries-old ties of kinship, commerce and culture, common struggle against colonialism, a quest for equality, dignity and justice, shared aspirations for progress and a voice in the world.

Modi also said that people from his home state of Gujarat launched trade and commerce with Africa and he had links with the continent even before he became chief minister of the western Indian state in 2001. Modi said he has had very good relations with various personalities of Africa.

Modi also hoped that India and Africa would continue to speak in one voice for reforming the United Nations Security Council and global financial institutions.

Modi had on Friday held an informal interaction with visiting trade ministers from Africa. The ministers were here for the 4th India-Africa Trade Ministers' meeting. India's trade with Africa has ballooned 20 times in the last 15 years and currently stands at $70 billion. India's investment in Africa range between $30-35 billion.

Both India and Africa are seen as the bright spots of hope for the global economy. While India is the fastest growing major economy at present, Africa is also experiencing rapid growth.

Agriculture is another area with significant potential as Africa is estimated to have about 60 percent of arable land in the world but produces 10 percent of the global output.

Africa's development is seen as a huge opportunity for India as its resources including oil can power India's economic growth. This would, in turn, would create wealth and jobs in Africa.

The two previous India-Africa summits were held in 2008 and 2011, in New Delhi and Addis Ababa but with only representative participation from African countries. Following these summits, India has given a $ 7.4 billion concessional credit which has been used for 17 projects in 41 countries in fields such as infrastructure, agriculture, industry, energy and water.