New Delhi: Claiming "unprecedented" support from people for measures like demonetisation and the GST, Prime Minister Narendra Modi on Monday said soft economic policy decisions aimed at winning elections would not do the country good. 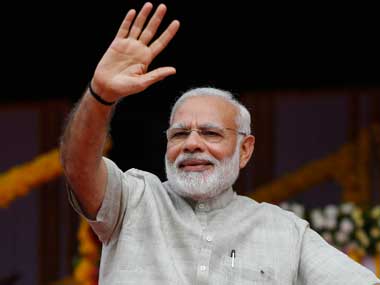 "We have received people's confidence and unprecedented support in historic decisions like demonetisation and the GST. The country is moving towards honesty and honesty is what people want, and they have faith in this government's intentions," Modi told a group of Rajasthan MPs, according to an official statement.

The 125 crore people of the country knew that soft decisions in economic policies aimed at winning polls would not do the country any good, he said.

The statement added that Modi asked MPs to promote water conservation, mid-day meal and other welfare schemes with the participation of people.

This was the Modi's third meeting with a group of MPs during Parliament's monsoon session.