Srinagar: Two militants were killed in an encounter with security forces in Pulwama district of Kashmir on Sunday, police said. 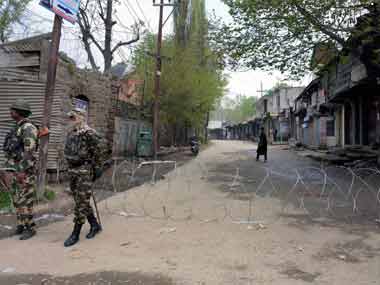 File image of an earlier encounter in Jammu and Kashmir. PTI

Security forces launched a cordon and search operation in Tahab area of Pulwama district last night following information about presence of militants in the area, a police official said.

Police said a gunfight broke out between the two sides early on Sunday, in which two ultras were killed.

The identity and group affiliation of the slain militants was not known immediately as the search operation was still in progress, the official said.