By John Irish and Christian Hartmann STRASBOURG, France (Reuters) - Armed French police launched an operation in Strasbourg's Neudorf neighbourhood on Thursday as they pursue the hunt for a gunman who killed three people in an attack on a Christmas market. Elite officers from the RAID police unit fanned out along one street, some with their guns trained on the houses in front of them 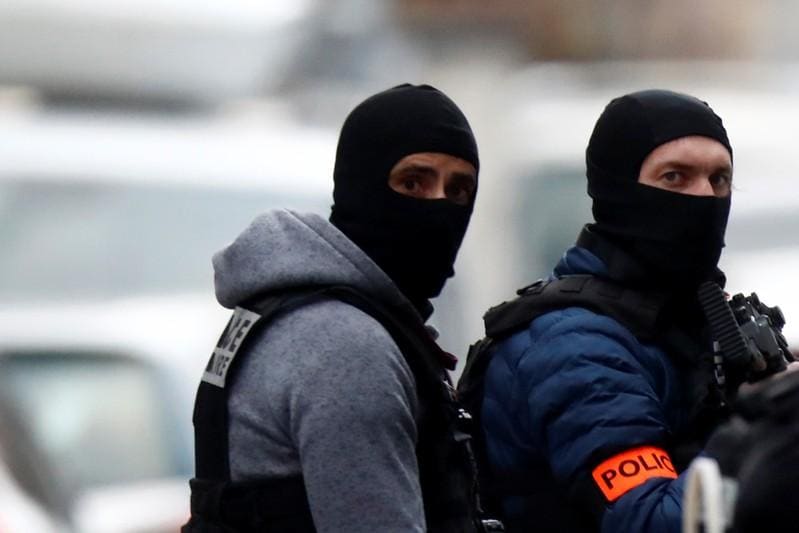 By John Irish and Christian Hartmann

STRASBOURG, France (Reuters) - Armed French police launched an operation in Strasbourg's Neudorf neighbourhood on Thursday as they pursue the hunt for a gunman who killed three people in an attack on a Christmas market.

Elite officers from the RAID police unit fanned out along one street, some with their guns trained on the houses in front of them. Other officers extended a security perimeter in the neighbourhood.

Interior Minister Christophe Castaner told the Senate that police were acting on a lead and "eliminating any doubts". There was no immediate indication they had located the suspect shooter.

The death toll from Tuesday night's attack rose to three on Thursday, as police combed the city in the east of France for a second day and manned checkpoints on the German border.

Police issued a wanted poster for Cherif Chekatt, the main suspect in the attack, who was on an watchlist as a potential security threat. Authorities say the 29-year-old was known to have developed radical religious views while in jail.

Strasbourg's mayor has said the attack was "indisputably an act of terrorism" and, with the gunman on the run, France has raised its security threat to the highest level.

More than 700 police are taking part in the manhunt. French and German police manned controls on either side of the Europe Bridge, which spans the frontier running along the Rhine river.

Asked if French police had been instructed to catch Chekatt dead or alive, government spokesman Benjamin Griveaux told CNews: "It doesn't matter. The best thing would be to find him as quickly as possible."

It took police four months to track down Salah Abdesalam, the prime surviving suspect from the November 2015 militant assault on Paris, in an apartment in Brussels. One hundred and thirty people were killed in that attack as well as seven gunmen and bombers.

Witnesses told investigators that the suspect Chekatt cried out "Allahu Akbar" (God is Greater) as he opened fire on the market, a target Paris Prosecutor Remy Heitz suggested may have been chosen for its religious symbolism.

Chekatt's police file photo shows a bearded man of North African descent, with a prayer bruise on the centre of his forehead. He has 27 criminal convictions for theft and violence, and has spent time in French, German and Swiss jails.

The attack took place at a testing time for President Emmanuel Macron, who on Monday announced tax concessions to quell a month-long public revolt over living costs that spurred the worst unrest in central Paris since student riots in 1968.

Griveaux said a decision had yet to be taken on whether to ban another planned "yellow vest" protest in Paris. The last three consecutive Saturdays of riots in the capital have seen cars torched, shops looted and the Arc de Triomphe defaced.

"We're simply saying at this stage that, given the events that are unfolding after the terrorist attack in Strasbourg, it would be preferable if everyone could go about a Saturday before the festive holidays in a quiet way," Griveaux said.

(Reporting by John Irish and Gilbert Reilhac in Strasbourg, Richard Lough in Paris and Michelle Martin and Paul Carrel in Berlin; Writing by Richard Lough; Editing by Angus MacSwan and Peter Graff)