Photos: AIADMK workers break into song and dance after Jaya gets bail The announcement of Jayalalithaa's release sent AIADMK workers in a tizzy as they broke into celebration moments later. Firstpost AIADMK supporters were seen dancing on the streets after the SC said Jayalalithaa will be released tomorrow. Firstpost Deafeningly loud crackers added to the celebration as AIADMK supporters as soon as the SC granted party chief  bail. Firstpost 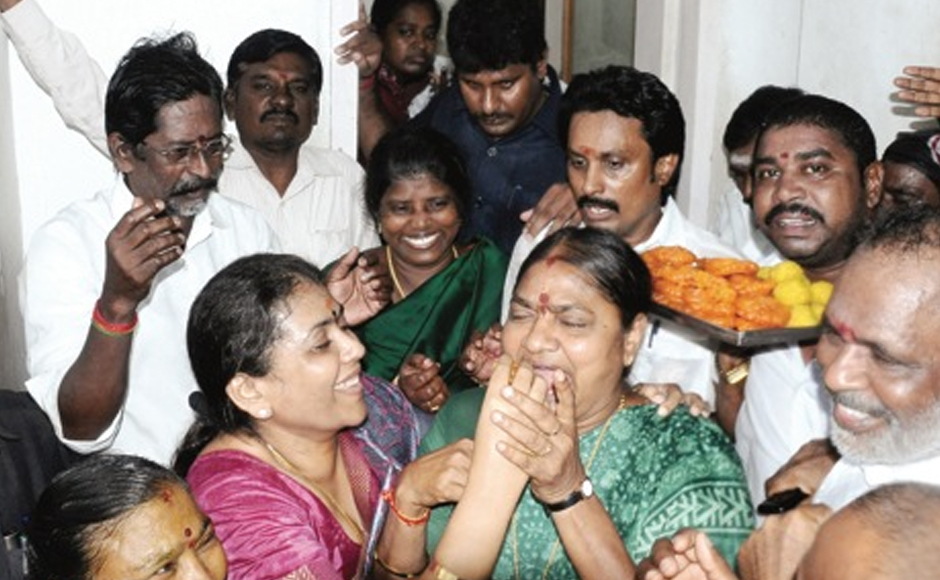 Heaps of sweets were not far behind once the streets erupted with the news of Jayalalithaa's release. Firstpost