Pakistan released another video of Kulbhushan Jadhav, who is on death row in Pakistan for alleged spying, on Thursday. This is the first video which Pakistan has released after the former Indian naval officer met his wife and mother in Pakistan.

In the video, Jadhav thanks the Pakistani government for letting him meet this wife and mother. He says that it was a very pleasant meeting and his mother was very happy to see him. 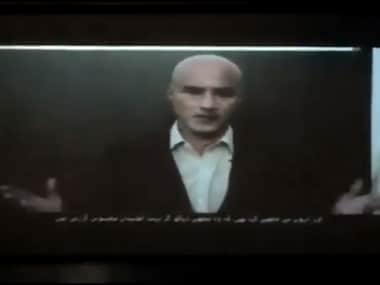 He then added that they have been threatened. "The Indian diplomats were shouting at her when she stepped out. Why were they shouting at them?"

The video finishes with him reiterating that this was a positive gesture on part of the Pakistani government.

On 25 December, Jadhav met his wife and mother — separated by a glass screen — in a carefully choreographed event that unfolded in tweets, photos and TV footage. The Indian envoy who had accompanied Kulbhsuhan's mother and wife was allowed to witness the meeting from a distance. This was the first meeting between Jadhav and his family since his arrest on 3 March, 2016.

Pakistan had then said that it had permitted the meeting as a humanitarian gesture on the birthday of Muhammad Ali Jinnah.