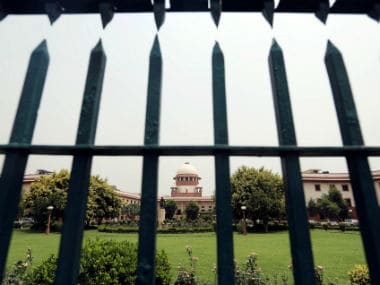 On 16 December, 2012, 23-year-old Jyoti Singh was beaten, gang raped and tortured in a moving bus by Ram Singh, Vinay Sharma, Akshay Thakur, Pawan Gupta, Mukesh and a juvenile when she was travelling with a friend.

She succumbed to her injuries on 29 December, 2012 in a Singapore hospital.

Ram Singh, who was the prime accused, was found dead in his cell in Tihar Jail in March, 2013 and the juvenile was on 31 August convicted and sentenced to a maximum of three years in a reformation home by the Juvenile Justice Board. The matter then moved to the Delhi High Court which had reserved its verdict on 3 January, 2014 after a marathon three-and-a-half-month long hearing on the death sentence reference sent to it by the trial court and the appeals of the four convicts.

On 13 March, 2014, the Delhi High Court upheld the death sentence awarded to the four convicts.

A bench of justices Reva Khetrapal and Pratibha Rani confirmed the sentence of Akshay Thakur, Vinay Sharma, Pawan Gupta and Mukesh, saying the offence committed by them falls in the category of rarest of the rare and upheld their conviction.

“Death reference is accepted. Death sentence awarded by the trial court is affirmed. The appeals of the convicts are dismissed,” the bench had said.

The parents of the victim were also present in the court at the time of pronouncement of the verdict.

“We have got full faith in the judiciary. We had expected this verdict. But the ultimate satisfaction will be when the convicts meet their ultimate fate,” the mother of the deceased 23-year-old paramedic had told the media outside court room after the verdict was delivered.

“Hume pura nyay tabhi milega jab sab faansi par latkaye jaenge (We will get justice only when all of them will be hanged),” she had said.

The Supreme Court's verdict on Friday is especially important because apart from dealing with the challenge to the conviction, the apex court will also decide on the issue of quantum of sentence to the convicts as it has been alleged that the trial court did not separately consider "mitigating" circumstances of each convict while sending them to the gallows.

While the Delhi Police had sought capital punishment for the convicts, the defence counsel had said they deserved leniency considering their poor family background and young age.