In what could come as an embarassment to the Congress, two declassified Intelligence Bureau (IB) files have reportedly revealed that the government under India's first Prime Minister Jawaharlal Nehru spied on the family of Subhas Chandra Bose for nearly 20 years. 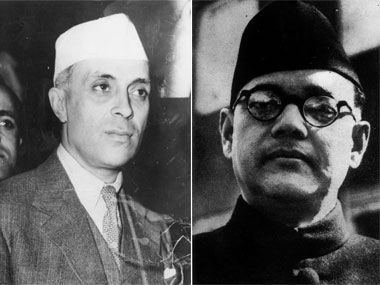 An India Today report said that surveillance on Bose's family took place between 1948 and 1968, during which Nehru was the Prime Minister.

"The files show the IB resumed British-era surveillance on the two Bose family homes in Calcutta: 1 Woodburn Park and 38/2 Elgin Road. Apart from intercepting and copying letters written by Bose's family members, agency sleuths shadowed them on their domestic and foreign travels," said the report.

BJP national spokesperson MJ Akbar was quoted in the report as alleging that the spying was done because Congress was scared of Bose's return and felt he was the only leader who could mobilise the opposition against the Congress in the 1957 polls.

While Bose's only daughter, 73-year-old Anita Bose-Pfaff, said she was not too surprised to hear about the surveillance, Chandra Kumar Bose, Netaji's grand-nephew, told CNN-IBN that a judicial inquiry should be conducted into this issue.

"That is the least that India can do today for him (Bose)," he said.

The revelations from these declassified IB files come after the Prime Minister's Office in February had said that the PM has no power to declassify secret files relating to the disappearance of Subhas Chandra Bose.

“There are no mentions in Manual of Office Procedure or Public Records Rules, 1997, regarding any discretionary power vested in PM to de-classify records,” the PMO had said.

The government was responding to an RTI application to the PMO by Sreejith Panickar, an IT professional based in Thiruvananthapuram, who had asked the government, "Does the Prime Minister have any prerogative to issue an order to declassify the files and send them to the National Archives?"

Last year, when Delhi-based RTI activist Subhash Chandra Agrawal had appealed to the PMO to disclose records relating to Bose, it had had refused arguing that the “disclosure would prejudicially affect relation with foreign countries."

While under house arrest by the British in then Calcutta, Netaji had escaped in 1941 to seek international support for his efforts to free India and formed the Indian National Army with the help of the Japanese. He went missing in 1945 and since then little has been known about his whereabouts.