'Killer' mariners, and the Quattrochi-Sonia connection

If one wondered why nobody so far has raised the Sonia-Italy angle in the Kerala incident in which two local fishermen were killed by gunfire from an Italian ship, the master of political grandstanding in the state, VS Achuthanandan didn’t disappoint.

Yesterday he said he suspected that the arrest of the mariners was mere drama and there could be a ploy to rescue the arrested Italian mariners just the way Quattrochi was rescued.

The “Q” word was as good as the “S” word and the opposition leader has fired the first salvo.

Achuthanandan appeared quite serious when he made the comments. Did he really mean it or was it just a cheap shot at the Congress in view of a local Assembly bye-election (Piravom) that is crucial for the ruling UDF government? If he is persistent with his conspiracy theory, which he usually is, others are likely to follow. He is a clever politician who is often among the first to capture popular imagination. Conspiracy theories sell well in Kerala. 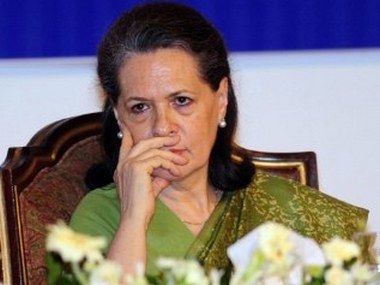 The “Q” word was as good as the “S” word and Kerala's opposition leader VS Achuthanandan has fired the first salvo. Munir uz Zaman/AFP

But the cadre of Rahul Gandhi, the Youth Congress, didn’t want to give Achuthanandan a free turf. Perhaps sensing that the “I” word could question their loyalty, they were louder in their acrimony towards Italy. In an aggressive protest, they wanted the Italians to be “hanged.” They said that in their placards too.

The Italian angle is likely to play out more in the coming days. In police custody for three days, the mariners are apparently having a nice time, along with Italian officials from the Mumbai consulate. And the local people are not happy about it. They are lodged in a water-front CISF guest house gorging on Italian dishes catered by a leading hotel in the city. The Italian officials are staying in an adjacent room in the same guest house. They have handed over a detailed Italian menu to the police.

Sounds strange, isn’t it? Is this the way we treat our accused (of murder)? Poor state police is using excuses such as diplomats, foreigners, our guests etc. The local community is livid and is planning major protests including at sea around the stranded ship.

Interestingly, Kerala has a little bit of past with Italy.

The “killer” mariners are not the first seafaring Italians to come close to the Kerala coast. In fact, their forefathers frequented the coast of central Travancore (erstwhile) which was part of a large Tamil kingdom, for a long time. The state, which had had an illustrious trade past with Arabs and western Europeans for centuries, had a particularly strong maritime link with Rome. The Roman traders used to dock regularly at Muziris (now Kodungallore) and in 2008, researchers from the University of Kerala unearthed archaeological evidence for the same. Even the legendary Marco Polo had visited the Kerala coast, although a bit up north.

The trade links between Rome and central Travancore had been well documented, but most of the evidence had been found in the form of coins and other artifacts in Italy, than in Kerala. The 2008 discovery threw light on specific details on the type of vessels and voyage that was in vogue.

The maritime trade links lingered on. For instance, an Italian trade organisation (Unindustria Venezia) has tied up with Kerala Industrial Development Corporation (KSIDC) for joint ventures, particularly for the specific requirements of businessmen in Venice. The mix of business had both the past and the present: shipbuilding, food processing and information technology.

There is more to Italy in Kerala. For instance, Alleppey, one of the busiest ports in olden times, is called the “Venice of the East” (It was an amused Lord Curson who exclaimed so though) and a recent movie by the state’s superstar Mammootty was titled “Merchant of Venice.”