Jayalalithaa, the hugely popular south Indian actress who later turned to politics and became the highest elected official in the state of Tamil Nadu, died Monday. She was 68. AP 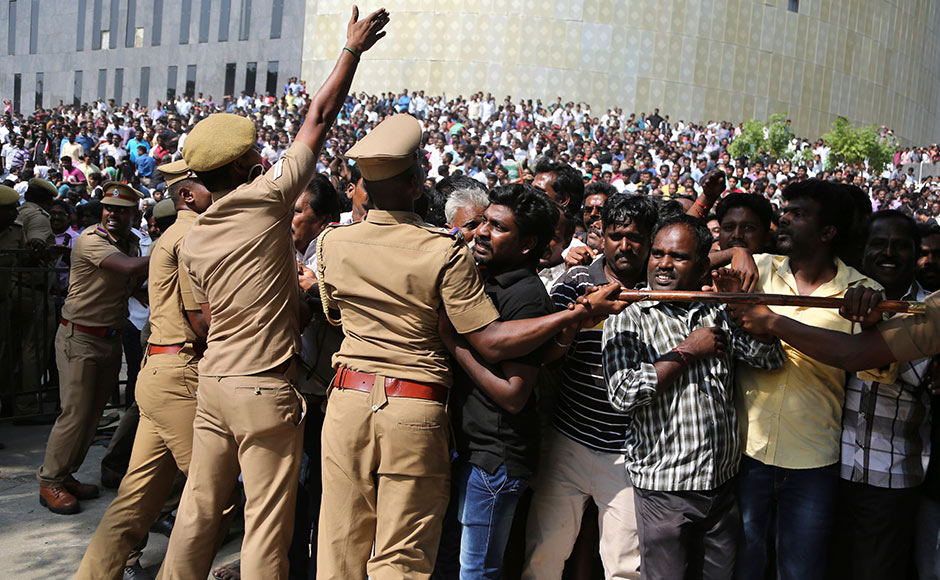 Police officials stop the supporters Jayalalithaa to avoid a stampede outside an auditorium where Jayalalithaa's body has been kept for public viewing in Chennai. AP Indian army and air force officers carry Jayalalithaa's body in a glass casket during her funeral procession in Chennai. AP The casket, which was placed at Rajaji Hall, was shifted to a flower-decked gun carriage doubling up as the funeral cortege to be taken to the burial site. PTI People cry as the body of Tamil Nadu Chief Minister Jayalalithaa Jayaraman is carried during her funeral procession. Her body was covered with an AIADMK party flag red and white in colour with an image of Dravidian ideologue and former Chief Minister C N Annadurai. Reuters