Jaipur: US President Donald Trump's son-in-law, Jared Kushner, arrived in Jaisalmer in Rajasthan Thursday to attend a wedding, a police official said. Kushner arrived on a chartered flight in the evening, amid tight security. 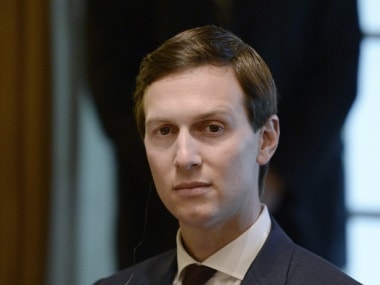 "US president son-in-law Jared Kushner has arrived in Jaisalmer alone. He is here to attend a wedding ceremony of an industrialist friend who studied with Kushner,” Additional Superintendent of Police Rajeev Dutta told PTI.

Police officials said Kushner was attending the wedding ceremony of a New Delhi-based industrialist. Earlier, there was speculation that he will be visiting 'Sun City' along with his wife Ivanka Trump, but he arrived alone.

In view of the visit from 22 to 25 November, security arrangements have been beefed-up in the city.  "Additional force has been deployed with trained commandoes and advanced weapons for private visit of the US president's son-in-law," a police officer in Jaisalmer, Jagdish Chandra Sharma, said.