Angry CRPF troopers in Jammu and Kashmir thrashed their company commander on Sunday after a trooper died "as he was denied permission to visit hospital for treatment". 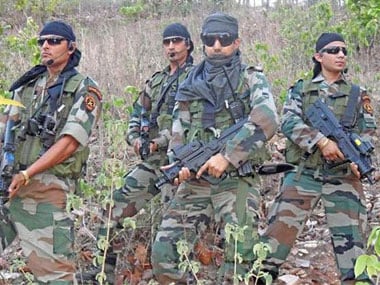 "Angry colleagues of the deceased trooper trashed their company commander, alleging that the sick trooper had been denied permission by the officer to visit a nearby hospital for treatment," a police officer said.

There was no confirmation or denial of the incident from the CRPF.

If confirmed, then this becomes the second incident of the day relating to the paramilitary force.

A 41-year-old jawan of the Central Reserve Police Force (CRPF) allegedly committed suicide on Sunday by shooting himself in Chhattisgarh's Sukma district.

Constable Shimpi Shashikant, of CRPF's 226th battalion, allegedly shot himself with his service rifle at the camp of the paramilitary force in Sukma town area in the wee hours, the official told PTI.

When Shashikant's colleagues heard the gunshot from his barrack, they rushed there and found him lying in a pool of blood, he said. They immediately rushed the jawan to a local hospital where he was declared brought dead, he said.