Invoking Dadri, K'taka CM Siddaramaiah says, if he wants to eat beef, no one can stop him

Karnataka Chief Minister K Siddaramaiah made it clear at a Youth Congress event in Bengaluru that he was against the beef ban and he was not going to allow any political party to tell him what he can or cannot eat, according to The Hindustan Times. Ironically, Siddaramaiah also stated at the same event that he has never eaten beef.

"Till date I have never eaten cow meat. But if it suits my palette and if I want to eat beef, I will eat it. Nobody can stop me," The Times Of India quoted him as saying. 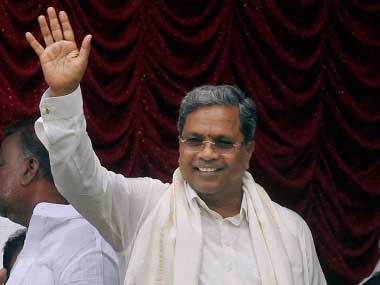 Siddaramaiah was making the remarks in response to the current political situation where right wing political parties, many of whom are rivals of Siddaramaiah’s Congress, are advocating a complete ban on cow slaughter. The CM also invoked the Dadri lynching to make his point about rival political parties’ agenda, reports The Hindustan Times.

The Times Of India reports that Siddaramaiah also brought up the Delhi police raid of Kerala House that took place on Monday, which led to Rajnath Singh expressing his regret to Kerala Chief Minister Oomen Chandy.

Meanwhile, DNA reports that the ban on buffalo slaughter is being extended to the Indian Army. Soldiers are being asked to refrain from following the traditional practice of killing male buffalos on important occasions such as Dussehra. The defence ministry is urging soldiers to take the buffalo to a government-authorised slaughter house instead.