Mumbai: Afflicted by misgovernance and corruption, India's global clout has waned over the past year but could swing back if the economy regains its growth trajectory, says a geopolitical power index (GPI) report by an independent Mumbai-based think tank.

India slipped from fourth to sixth place in the report compared to July-December 2011, owing to misgovernance and corruption, said the GPI report, a biannual index by Global Intelligence Review using a mathematical model to analyse parameters ranging from economy and governance to military and innovations.

"India's global clout has waned over the past year on account of misgovernance and corruption. But with the economy likely to regain its growth trajectory in the second half of 2012, the geopolitical momentum could swing back in India's favour," said Minhaz Merchant, author of the report that is available with IANS.

The report measured both the ability and potential of ten most influential countries - the US, China, Germany, Britain, Brazil, India, France, Russia, Japan and South Africa - on a scale of 0-10 across 11 parameters during January-June 2012. 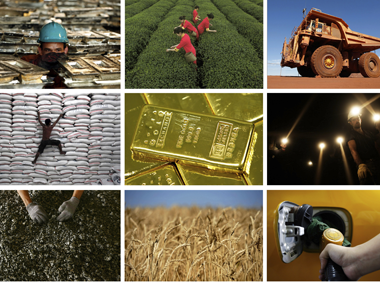 India slipped from fourth to sixth place in the report compared to July-December 2011.

According to the report, political uncertainty, stalled economic reforms and the prospect of a hung parliament in the next Lok Sabha election have diminished India's ability to punch at its geopolitical weight.

"New Delhi is struggling to nuance its role in global crises - from Iran and Sri Lanka to Afghanistan and Syria - and a faltering strategic partnership with the US," it said.

The big story highlighted by the report is the rise of Brazil in the rankings from eighth to fifth place, just behind Germany (up three places from sixth) and Britain (down a spot to fourth place) but ahead of France and Russia, which are down to seventh and eighth positions, respectively.

The overall ranking shows that the US remains the world's most influential nation. Its problems in Afghanistan, Pakistan, Syria and Iran in a bruising presidential election year have, however, seen its aggregate score slip marginally.

"But warning signs abound. The demographic dividend will last till 2030. However, it could turn into a demographic debt if India's economy either does not create enough jobs for the millions of new working-age people or does not give those workers the skills needed in a modern, high-productivity economy," she said.

As 2012 unfolds, India will confront several geopolitical challenges: a rising China in a new leadership role, turbulence in Pakistan and Afghanistan, traditional ally Russia distracted by internal dissent, new strategic ally US disengaged in a tough presidential election year, and the Middle East in turmoil, she added.

"Most crucially, New Delhi must fix the problems that have paralysed its economic policy reforms over the past year in order to play more important role in world affairs," the report said.