India, Sri Lanka to hold 10th round of talks to widen scope for free trade agreement; negotiations likely to conclude by December

New Delhi: Holding the tenth round of talks for widening the scope of existing free trade agreement in goods, India and Sri Lanka are aiming at concluding the negotiations by December 2018.

"The talks are going at a healthy pace and both the countries are targeting to conclude the talks by December for the Economic and Technology Co-operation Agreement (ETCA)," an official said. 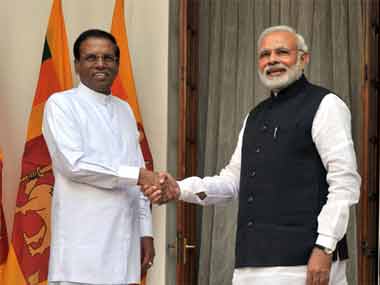 The pact is aimed at further boosting the economic ties between the two countries by liberalising trade norms.

Both the countries already have a free trade agreement (FTAs) in goods, but now the talks are on to widen the scope of this pact by including services and investments to make it comprehensive.

India and Sri Lanka have a free trade agreement in goods. The agreement was implemented in March 2000.

India has a healthy trade surplus in goods with Sri Lanka. India exported goods worth $4.5 billion in 2017-18 and its imports from that country were only $773 million.

In 2003, both sides set up a joint study group to widen the ambit of the FTA. Based on its recommendations, they started negotiations for a comprehensive economic partnership agreement in February 2005.